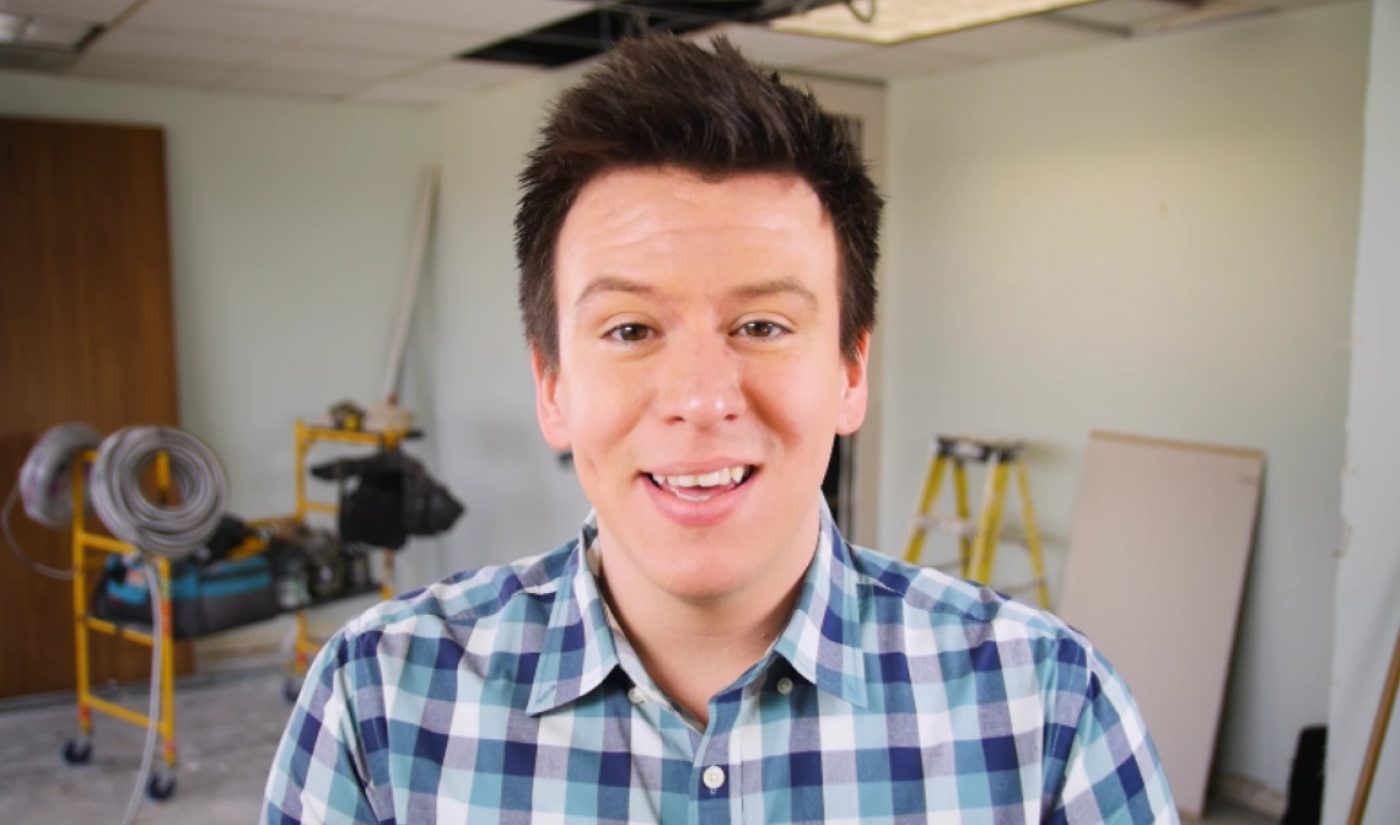 Philip DeFranco is making a mighty leap. The admired news commentator has announced that he is splitting up with his former partners at Discovery-backed Group Nine Media and launching his own news network, which he will fund through a combination of Patreon support and his own personal wealth.

DeFranco’s news initiative will try to be, in its founder’s own words, “A network that’s run under my vision of ‘it’s OK to have and share opinions, but let’s get the facts right first. Let’s express what both sides are actually saying, give both points a view, and then separately, after we’ve presented them in the best and fair manner, yes, then share our opinion, not because we want people to also think like we think…but to start a conversation about this crazy world we live in.”

While DeFranco says he plans to bring “new and incredible talent behind and in front of the camera, new faces and old,” his videos will naturally be a main attraction for his news network.

He hopes to receive enough funding to bump up The Philip DeFranco Show from four videos a week to seven and his secondary channel from two videos a week to five. In the future, he and his team will launch new formats, which could include “deep dives, debates, new podcasts, new interviews with experts, getting out on the street to see what people really think, also going out on the street to mess with people, not in a ‘it’s just a prank, bro’ kind of way, but to see what people actually know, what they think, and also shows that involve you, and building the tech around that to make it easier, and so much more.”

Check out the announcement straight from DeFranco’s mouth and now independent YouTube channel below:

Where then, can DeFranco go to fund his off-YouTube exploits? He sees Patreon as one logical solution. Both the crowdfunding platform itself and the creators who use it have long touted Patreon’s ability to generate revenue that far exceeds that of pre-roll ads. DeFranco agrees with that assertion.

“The more that i think about it, the more that I think that fan funding and fan support is the way to go,” DeFranco said in a recent video. “I think it’s one of the only ways that indie organizations can be free of the strings that come with funding…in a way that allows them to be truly independent and not potentially lose all their revenue from a day because an automated system said ‘no revenue for you.'”

With that philosophy in mind, DeFranco has launched DeFranco Elite, a fan funding initiative on Patreon. Contributors can gain access to valuable rewards, including early access to DeFranco’s content, swag, and invitations to exclusive live streams.

DeFranco has often expressed his desire to build and maintain revenue streams off of YouTube. “Whether you are a YouTuber or you are not, the best business advice in the world is always to never put all of your eggs in all of one basket,” he said in another recent video. “It’s something I have preached in the past decade here on YouTube.”

Recent controversies have helped DeFranco show exactly why that point of emphasis is so key for him. The hubbub surrounding “demonetized” videos exemplified how volatile ad revenue can be on YouTube, particularly for creators like DeFranco whose newsworthy videos run the risk of being flagged by YouTube as unfriendly to brands.

“YouTube will always be my home,” DeFranco said. “They gave me my start, but I’m not going to tie myself to that ship and leave my potential success and future in the hands of people whose job is really not to look out for me, but to look out for their own company.”

As for DeFranco’s relationship with Group Nine, the two companies seem to be parting ways in a mutually understood fashion.

“When we formed Group Nine late last year, we were aware of Phil’s plans to move on at the end of his contract,” reads a statement from the company. “We completely support his goals for the future and wish him every success. It’s been an honor to work alongside one of the greatest YouTube creators in the world, albeit for a few short months. We look forward to continuing to partner in different capacities in the future.”

DeFranco had been partnered with Discovery (and associated companies like Group Nine) since 2013, when the media company’s Revision3 arm acquired the YouTube star’s creative assets. In March, Group Nine made the decision to shutter several of those assets, including the witty commentary channel SourceFed.

In striking out on his own, DeFranco acknowledges that he is taking a big risk, but his eagerness about the new chapter in his career should be exciting for his fans. As he put it on Twitter: “I haven’t been this nervous/excited/scared/thrilled in so long.”