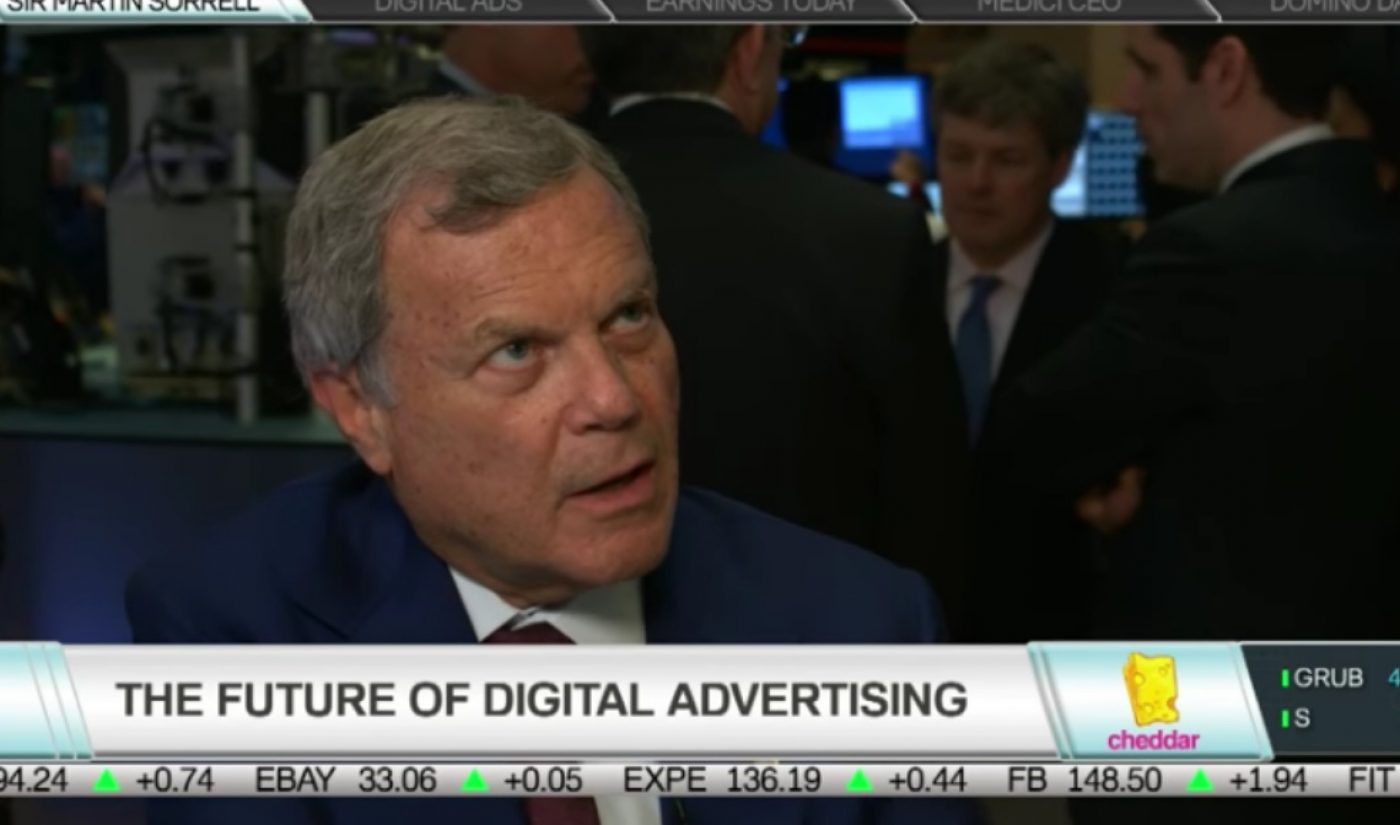 The CEO of a top ad agency has delivered some good news as far as Snapchat is concerned. In an interview with Cheddar, WPP CEO Sir Martin Sorrell said his company plans to commit $200 million to the ephemeral content app in 2017.

WPP’s apparent commitment will allow Snapchat to clinch at least one of the nine-figure deals it reportedly sought from top agencies back in January. Should it reach the figure Sorrell noted, WPP would more than double its spend in the Snapchat universe. While the agency — which is considered one of its industry’s “Big Four” and owns notable ad shops like GroupM, Ogilvy & Mather, and J. Walter Thompson — still shells out far more to top platforms Google and Facebook, its Snapchat uptick shows it is excited about the now-publicly traded app.

In his chat with Cheddar, Sorrell expressed skepticism about whether Snapchat could grow to challenge the likes of Google and Facebook, but he expressed optimism about the company going forward. “We’re probably biased,” he admitted, “because on behalf of our clients and on behalf of ourselves, we’d like to see a third force.”

While Snapchat has become a major player in the world of digital advertising, it has still yet to present at the NewFronts, the annual conference during which online video content producers pitch to potential ad buyers. The 2017 edition of that event, which is set to begin next week, will still lack a spiel from Snapchat, though several of the companies that will present are likely to talk up their efforts within the app’s Discover section.