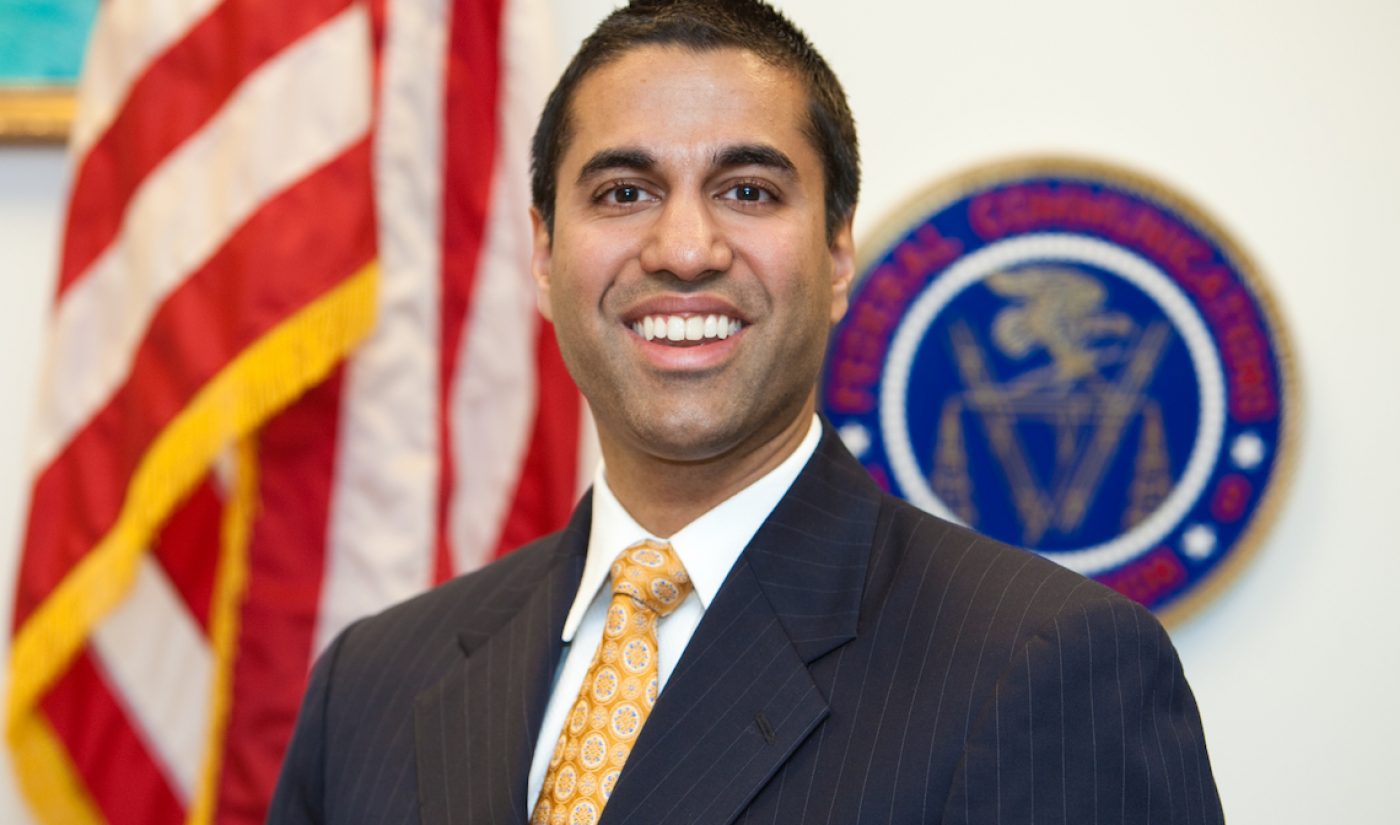 The FCC’s new chairman delivered his promised shake-up of Internet regulations this week. If somehow, dear Tubefilter reader, you also watch YouTube videos, Netflix series, CrunchyRoll animes, Musical.ly karaokes, Pongalo telenovelas, or really any other Internet video, you should pay attention. The rubber, as they say, is about to hit road.

Plenty has been written about the cord-cutting shift from traditional pay-TV services to a la carte Internet programming. The shift is even hitting giant cable companies such as ESPN, which this week laid off 100 people, including some on-air notables. Chances are, if you’re watching a lot of Internet content instead of ESPN and its pay-TV brethren, you’re also a Millennial. You’re also more likely to get whacked by what happens next if Ajit Pai’s proposals go through.

A recent Nielsen study of Millennials ages 18 to 35 said they spend about a quarter of their TV-watching time (23%) on content delivered by devices such as Roku, the PlayStation 4, Apple TV, and Blu-Ray players. That’s four times as much as people over 35. And Millennials also spend about 27% less time than older generations watching traditional TV.

You can bet nearly all those TV-connected devices are also Internet connected. Add in Millennial devotion to their smartphones and it’s easy to see these new rules could change a lot about how the heaviest consumers of Internet content entertain themselves. Not incidentally, it’ll have a big impact on areas such as Los Angeles, where so many of the new Internet-connected creators are based.

The big Internet providers say they need Pai’s changes so they can finance faster, better, more capable networks. That is possibly true.

It’s also possibly true that the Internet providers would just use their enhanced and newly unbridled power to jack up rates and punish consumers, competitors, and undersized content creators. It’s not like any of these companies has a history of benevolence and forward thinking, which might provide comfort regarding potential future behavior.

Already, these Internet providers, and there are only a few of them who serve a lot of people, control the Web’s biggest choke points. Current rules treat them as “common carriers,” a legal term that lumps them in with utilities such as an electric or gas company, whose prices and behaviors are carefully regulated.

Pai ultimately wants to strip away the common carrier designation, largely freeing the companies to do as they will. While such an approach may suit his free-market sensibilities (and those of the Trump Administration), it fails to recognize the outsized control the providers will claim over the content industry at a crucial time in its transformation.

I expect, if these proposals become rules, that Verizon will acquire a Hollywood studio, as archrival AT&T is doing now with Time Warner. It’s possible Charter Spectrum will vacuum up Lionsgate-Starz or Discovery, both of which are already partly controlled by John Malone, who partly controls Charter.

And I can’t help wondering if Apple, Amazon, Alphabet, or Facebook will feel the need to acquire a company such as Charter, now the No. 2 cable TV provider, to control its high-speed pipes into the home. Such an acquisition would position them nicely to deliver all their content, digital assistants, Internet of Things initiatives, virtual-reality offerings, and autonomous vehicles.

The semi-good news is that Pai decided to leave in place, for now, prohibitions on “zero rating,” which allows a provider to block, slow down, or charge some companies for access to customers while letting others through for free. If your video site isn’t in a favored position, this change could break it.

It’s not a guarantee that Pai’s current proposals will succeed. If there are court challenges or an upsurge in public opposition similar to what happened in 2015, they could be pushed back or significantly weakened. If the proposals do go through, however, I expect Pai and his provider backers to pursue zero rating. That’s where we start to see big challenges for many of the dozens of digital video companies and thousands of entrepreneurs and investors behind them.

I wrote several weeks back about the gathering storms around digital media in areas such as Pai’s likely changes and a potentially disastrous strike by the Writers Guild of America.

The WGA contract expires Monday night. Talks are advancing only haphazardly, with a reported gap of several hundred million dollars between the two sides. Oh, and the union overwhelmingly authorized a strike, which means members could go out as soon as 12:01 AM Tuesday.

A writer’s strike may have only modest initial impact on Hollywood, I’m told. But despite the magical thinking of some grumpy WGA members, a repeat of the protected 2007-2008 disaster would be bad news for many, further amplifying any changes Pai and the FCC can push through on their end.

So pay attention to Pai’s power play. It could be a long summer indeed.