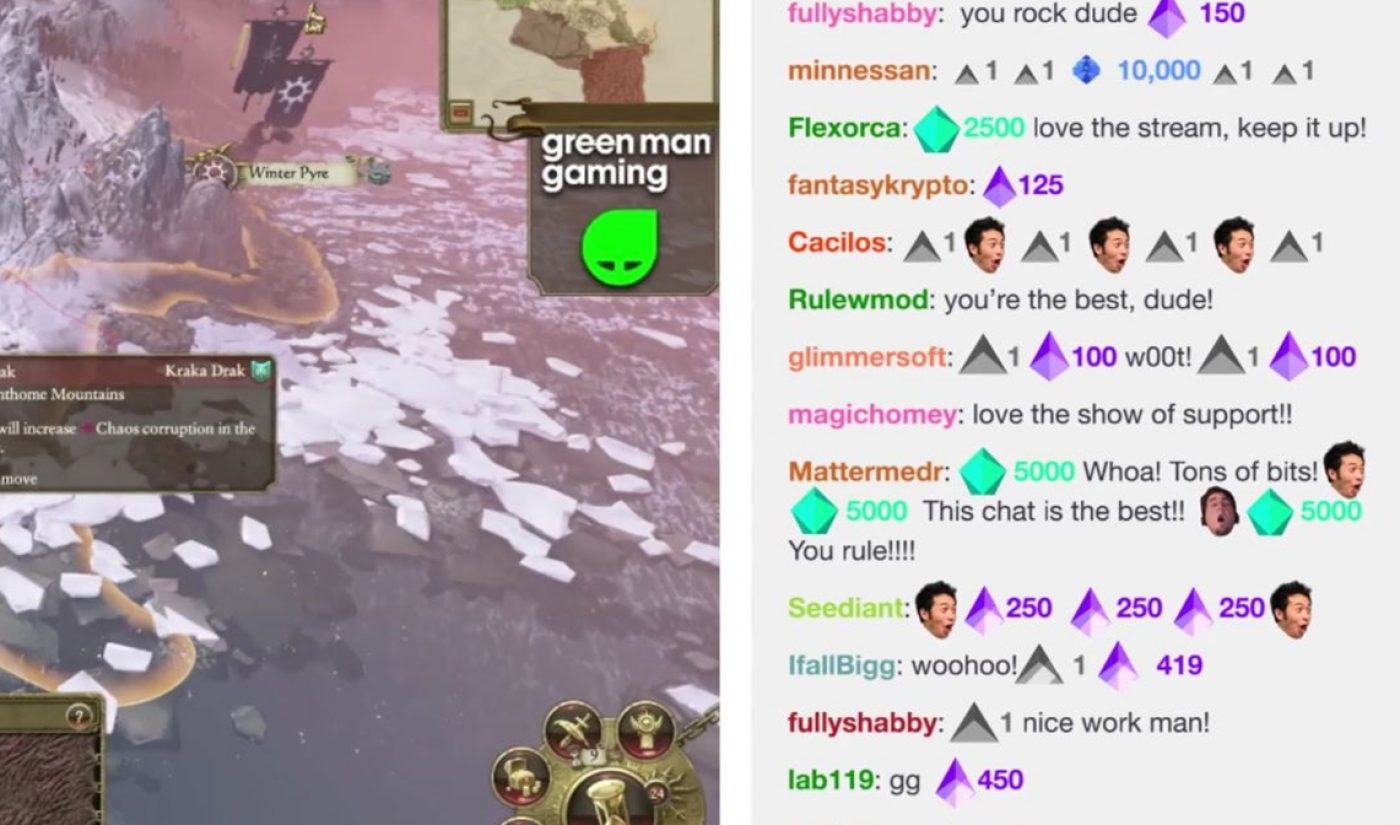 Until now, only Partnered creators on Twitch received access to the platform’s monetization features — which amounted to roughly 17,000 streamers of Twitch’s 2.2 million total unique monthly broadcasters. Today, however, the company announced the launch of its Affiliate Program, which will broaden monetization to “tens of thousands” of non-partnered channels.

Affiliate Program members will be selected according to time spent streaming, overall viewership, and total followers, according to Twitch, and the first monetization tool that they will be able to profit from is Cheering. The Cheering functionality, launched last June, enables viewers to purchase and then tip their favorite streamers with animated, jewel-shaped Emotes — which is the platform’s parlance for emojis.

Additional monetization features — including just-launched Subscriptions, in which viewers can support their favorite streamers in $4.99, $9.99, and $24.99 monthly increments, and Game Commerce, in which streamers can receive a commission on select games sold through links on their profile pages — will become available to Affiliate Program members worldwide in coming months. Affiliate members will also soon be able to pocket a cut of ad revenues, Twitch says.

In order to distinguish Partners from Affiliates, Partners will receive a new verified badge on the day that the Affiliate Program launches.

“Twitch is built upon looking to our content creators with both large and small communities to learn how we can best serve their needs,” said Ethan Evans, Twitch’s SVP of commerce and developer success. “With our upcoming Affiliate Program, we will be able to open up a means of support from the community to a whole new class of creators numbering in the tens of thousands.”