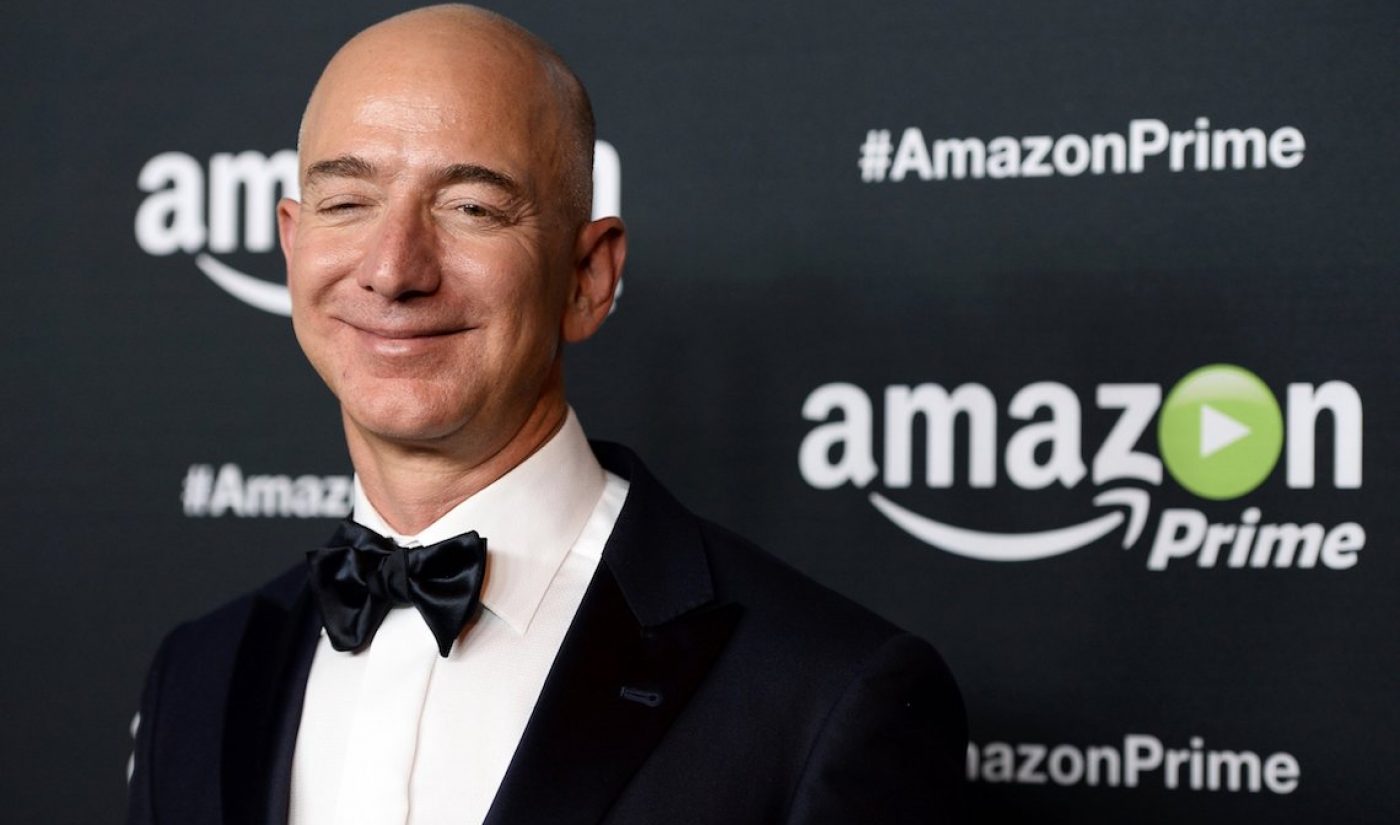 Any doubts that Amazon isn’t playing for keeps in the digital TV transformation were stamped out pretty quickly this week, as its studio unit rolled out a series of ambitious showcases in the heart of Hollywood for 10 of its Emmy-contending series.

The showcases say a lot about Amazon’s awards ambitions, as it spends big to gather even more Emmy gold beyond what it has already collected with Transparent (eight wins), The Man in the High Castle (two wins), and Mozart in the Jungle (one win).

Amazon and Netflix are spending a combined $10.5 billion on programming this year, a big chunk of that original episodic shows and features, especially as Old Hollywood gets more nervous about licensing shows to powerful potential competitors. And making award-winning programming is even more important to the companies’ growth strategies. The awards signal value to current and potential subscribers, retaining the former and attracting the latter.

Accordingly, both Amazon and Netflix have aggressively pursued Oscars, Emmys, and Golden Globes since House of Cards arrived with a bang in 2013 with three Emmy wins and nine nominations.

To show off this year’s slate of contenders, Amazon took over the Hollywood Athletic Club, an 80,000-sq.-ft. building on Sunset Boulevard that was a high-profile health club when it opened in 1924, and had many other uses since. Amazon outfitted two floors of the building with costumes, sets, furniture and more from each show. After Monday night’s big opening party, the company also scheduled a series of nightly screenings and star/creator discussions in the club’s former gym. Costumes from the Amazon Studios Emmy showcase for Z The Beginning of Everything at the Hollywood Athletic Club. #Flappers

The transformed club most dazzling spaces were the elegant room filled with ‘20s-era flapper costumes for Zelda Fitzgerald bio series Z: The Beginning of Everything and the extraordinarily detailed and extensive production design for The Man in the High Castle.

The meticulous and expensive production design spoke to a show with a serious budget and the talent to realize its creators’ vision. Moreover, High Castle isn’t the only Amazon project with star talents and budgets in the tens of millions of dollars.

“We think of it like a five-hour movie, and not just an indie movie,” in terms of budget, said Jill Soloway, creator of Amazon’s most successful show, Transparent. Soloway marvelled to me about the creative freedom she’s been given, saying Amazon Studios has been open to pretty much whatever she’s proposed in terms of projects, and with far fewer of the notorious “notes from suits” common when dealing with traditional broadcast outlets.

Monday night’s party featured plenty of other notables from all the showcased shows. I chatted with Soloway, Roberta Colindrez of I Like Dick, Titus Welliver and Amy Aquino from Bosch, and Saffron Burrows and Bernadette Peters from Mozart in the Jungle, among others. Bacon and High Castle star Rufus Sewell were among others socializing at the event. It was, in short, an old-school kind of event for a new-school distribution platform, an expensive statement of purpose that ought to leave the networks even more chilled than they already are by their digital competition.

Netflix, meanwhile, is reconsidering the strategy behind one old-school corner of its push into Hollywood: bankrolling big-budget films. Its sequel to the Oscar-winning 2000 film Crouching Tiger, Hidden Dragon didn’t deliver the numbers the company expected, it wrote in its letter to shareholders this week. Now, the company reportedly is trying to figure out what to do next.

To some extent, problems in this particular segment of the business aren’t a surprise.

Hollywood whiffs on big-budget films regularly and sometimes spectacularly. Look at Disney: in 2012, it wrote off nearly $400 million in losses from big bombs John Carter and The Lone Ranger.

Netflix complicates its chances of success with such films because it normally insists that such projects debut in theaters and online at the same time. Studios largely don’t do that, because many theater chains won’t show the film.

The practical result for Netflix’s approach is that it largely has closed off one significant distribution window. It potentially is leaving hundreds of millions of dollars on the table. And no theatrical run means no theatrical marketing and the halo effect that can have for later distribution online.

I suspect I’m not the only fan of the original Crouching Tiger who completely forgot that Netflix had done a sequel. If fans can’t remember the film exists, especially amid Netflix’s flood of new programming, it indeed may be time to review strategy.

Amazon, by contrast, generally doesn’t do simultaneous “day and date” debuts for its films, which gives it a better chance to make money from them, and even to win awards. Last year, Amazon became the first of the new digital outlets to win a major Oscar when Manchester by the Sea picked up best actor and best original screenplay.

I don’t know if Netflix will shift to a similar approach as it continues remaking Hollywood. There’s still a big old business here that isn’t going away anytime soon. Some initial strategies may indeed need review and change. But the new guys, as evidenced by Amazon’s excellent week in the Hollywood Athletic Club, are learning fast how to play in both the old and new worlds.