Spanish Camp For Aspiring YouTubers To Return For Second Summer 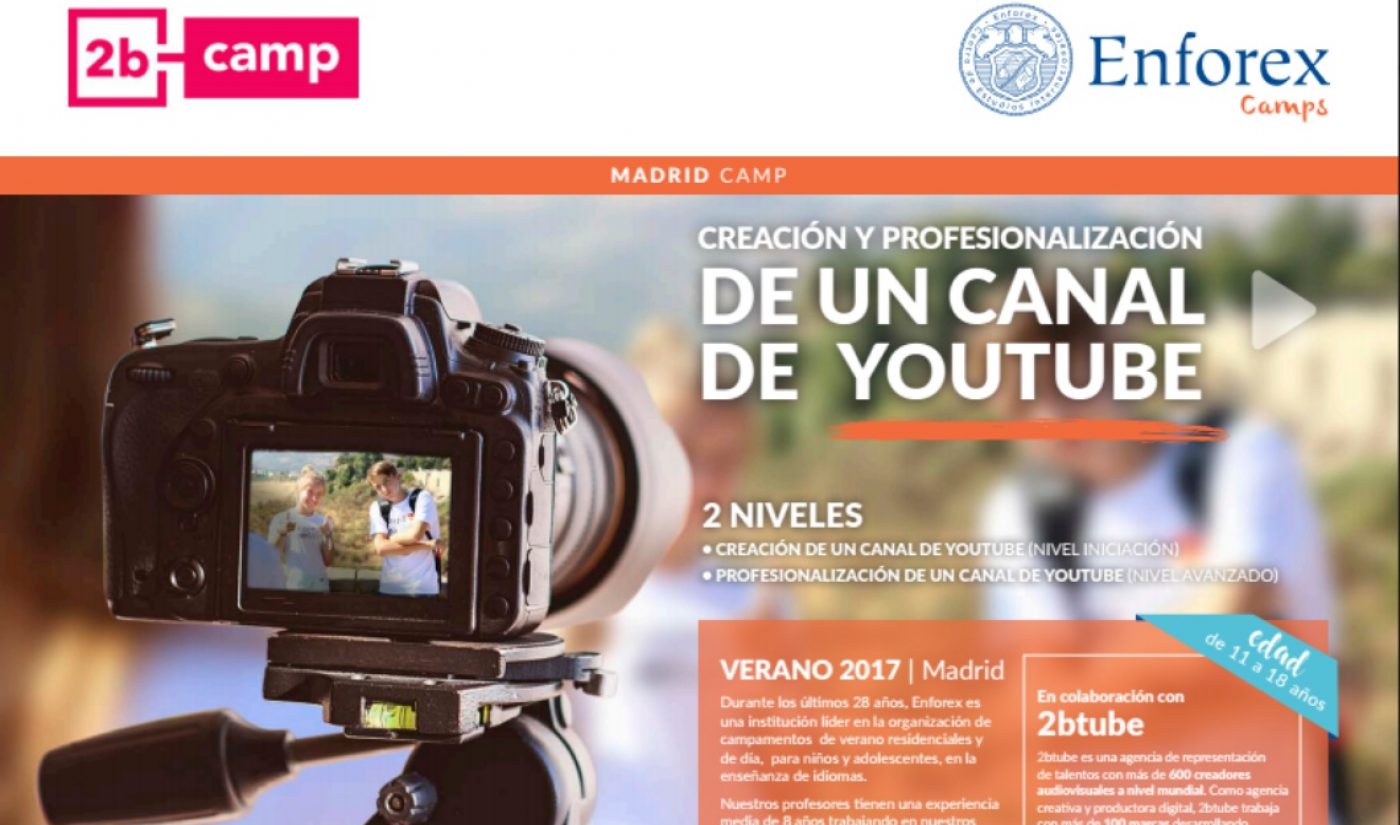 For Spanish tweens and teenagers who wish to step up their YouTube game, a comprehensive summer camp is set to return for a second year. 2btube, a multi-channel network with a big presence in the Hispanophone online video community, has teamed up Enforex to re-launch 2bcamp, which will return to Madrid over a four-week span this July.

At 2bcamp, which takes place at the University Francisco de Vitoria de Madrid in the Spanish capital, attendees will once again study multiple aspects of YouTube production, distribution, and promotion. Covered subjects will include editing, collaborations, responsible use of YouTube, and many more. Two different levels will be available, with the first catering to those who are just launching their channels and the second focusing on those who are already established creators.

2btube has made a name for itself thanks to its work with top YouTube stars, including Alex Aiono and Keyblade. “After the success of the first 2bcamp, we have expanded the camp in order to be able to accept up to 60 students,” explained Bastian Manintveld, executive chairman of 2btube, in a press release. “This year’s program is much more ambitious and is not only aimed in getting to know the first steps to initiate a channel on the platform, but also emphasizes the professionalization of channels that are already created on YouTube”.

2bcamp is one of several camps based around YouTube video production; related seminars have popped up in the U.S. and U.K. For information about 2bcamp’s rates, check out this Spanish-language page.