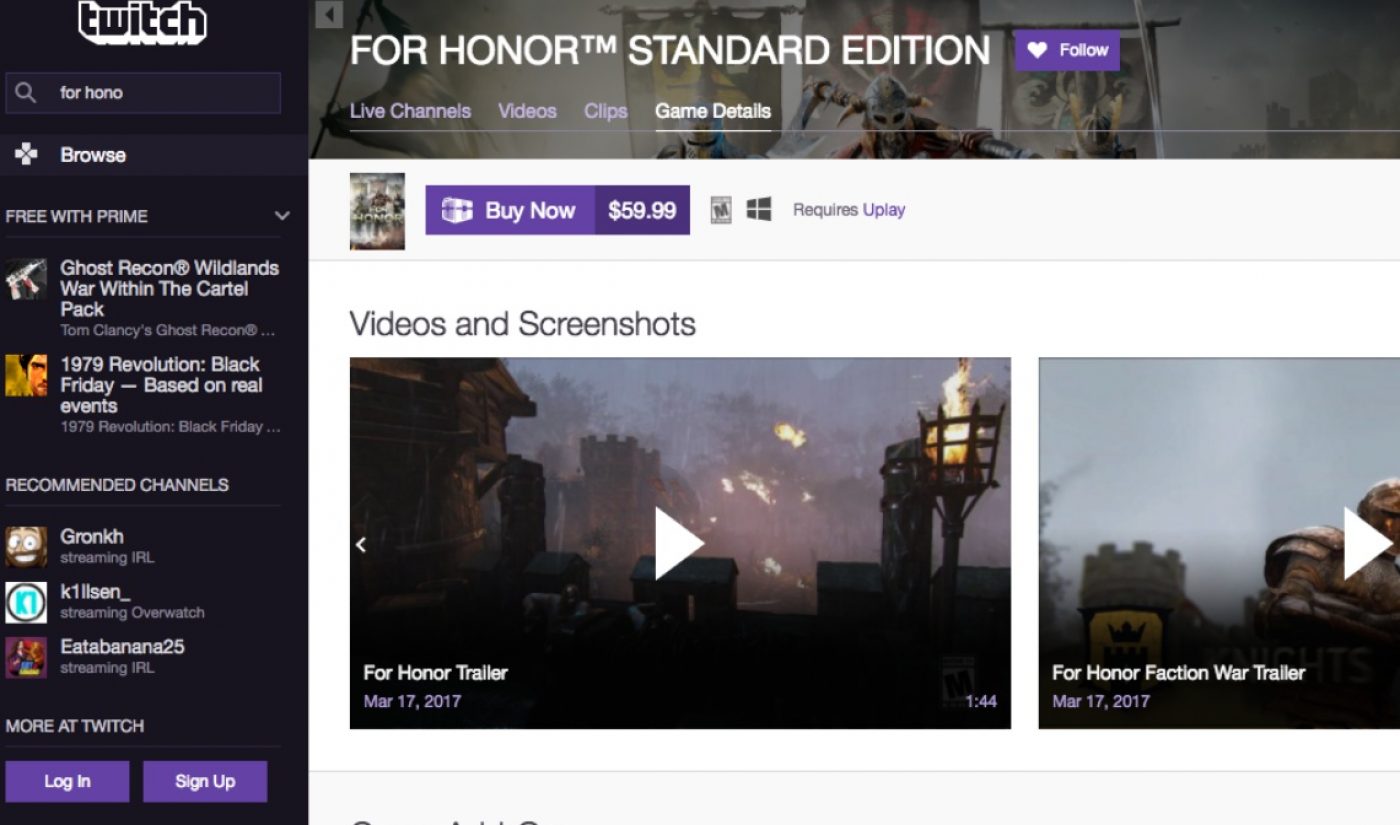 Twitch is no longer just a platform on which gamers can stream their playthroughs — it’s now selling games, too. Its Twitch Commerce feature, which lets users sell titles from participating developers and receive commissions in return, went live on April 4th.

Streamers who play qualifying games can add purchase links to their channels, and they will receive a 5% commission each time they successfully convert a viewer into a buyer. Fans can earn complimentary rewards, such as exclusive emotes, when they purchase through Twitch, and developers can reach new customers through the influence of popular streamers. The goal is for this system to be a win-win-win-win, with content creators, viewers, developers, and Twitch itself all profiting.

The most notable developer that has signed up for Twitch Commerce is Ubisoft, which is using the new service to promote games like For Honor. In general, the Commerce launch roster has expanded greatly in recent weeks. When the service was first announced, only a few dozen games were set to be available through it, but according to Twitch, about 50 more developers have showed interest in selling their stuff.

Some outlets see Twitch Commerce as an attempt to compete with Steam, a leading vending platform developed by game maker Valve. Like Steam, Twitch is place where indie developers can make their voices heard, so a move into selling makes sense; now, we’ll see if Commerce catches on.