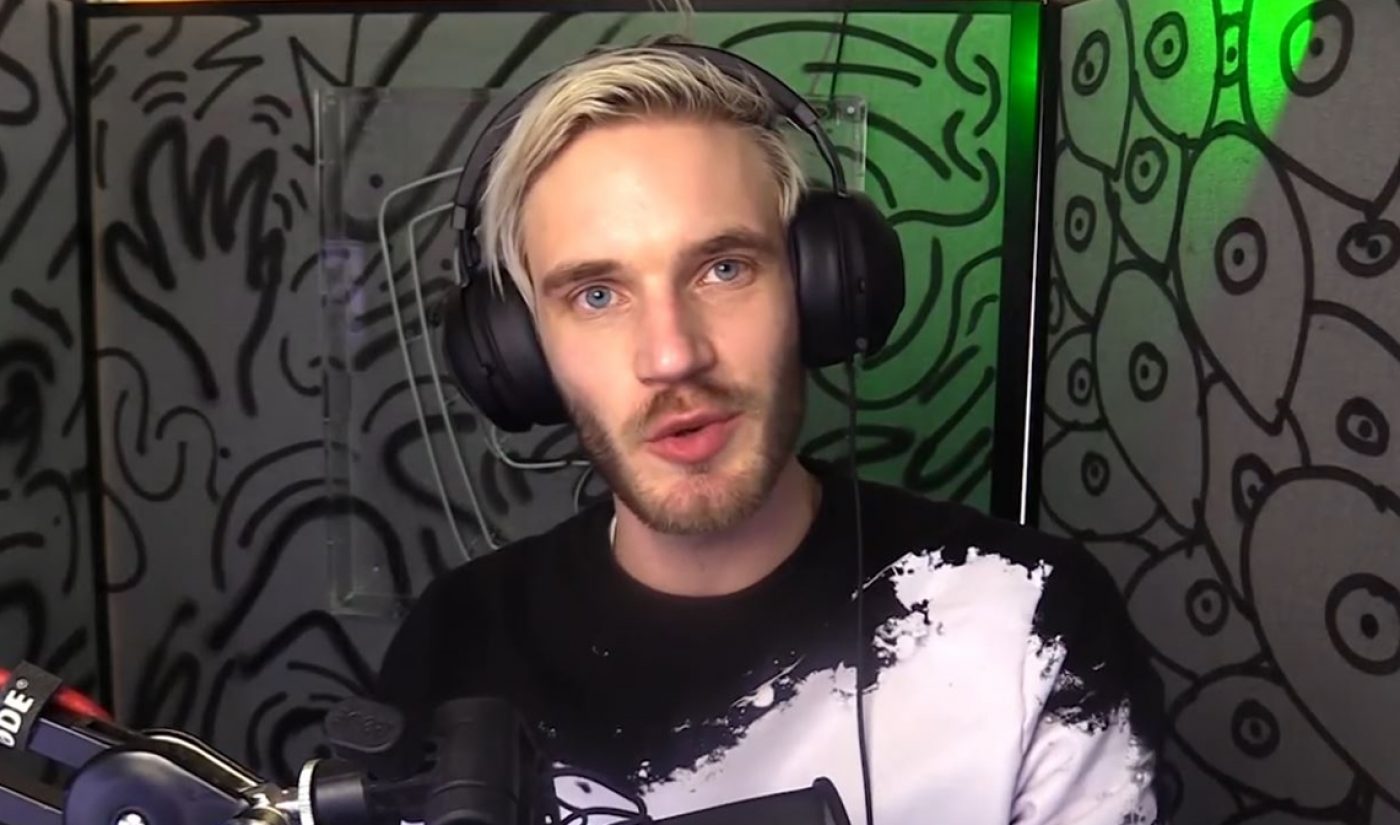 Kjellberg will continue to post videos on YouTube, however, and insists that the decision to launch on Twitch — beginning this Sunday — has been in the works for months. He adds that it has nothing to do with the current YouTube ad dust-up — in which top marketers have pulled ads from the platform after discovering that their campaigns were running against extremist videos. In response, YouTube has tightened its leash on the kinds of videos that can be monetized — and, as a result, Kjellberg says, “I’m not making any money.”

Kjellberg’s last video, for instance, made just $110 on ads and $380 from YouTube Red revenue — which is ironic, he says, given that YouTube axed the second season of his YouTube Red series, Scare PewDiePie, after it had come to light earlier this year that he’d employed anti-Semitic jokes and Nazi imagery in several clips.

While Kjellberg already has an (empty) Twitch channel with roughly 840,000 followers, his new channel will be called NetGlow — a slang term for someone who is cooler online than they are in person. Kjellberg says that that was what he’d initially wanted to call his now-defunct Maker Studios sub-network Revelmode — though “no one liked the name.” On Twitch, Kellberg says, he wants to host streams in the same vein as Revelmode’s Cringemas venture — a holiday charity broadcast alongside fellow creators Jacksepticeye, Markiplier, and Emma Blackery that raised roughly $1.3 million for (RED).

Furthermore, in order to combat the plummeting revenues of fellow creators, Kjellberg says he’s going to host a shoutout competition on his channel, whereby he will spotlight a nascent YouTube creator using his own massive platform. Applications are available here.

“The reason why people love YouTube is because it’s free and it’s open and you can say whatever you want,” says Kjellberg, who adds that the ad dilemma is being overblown by the media given that there have been relatively few monetized hate videos found. “It seems like YouTube is being forced to turn into television at this point, and that’s gonna be bad for everyone.”