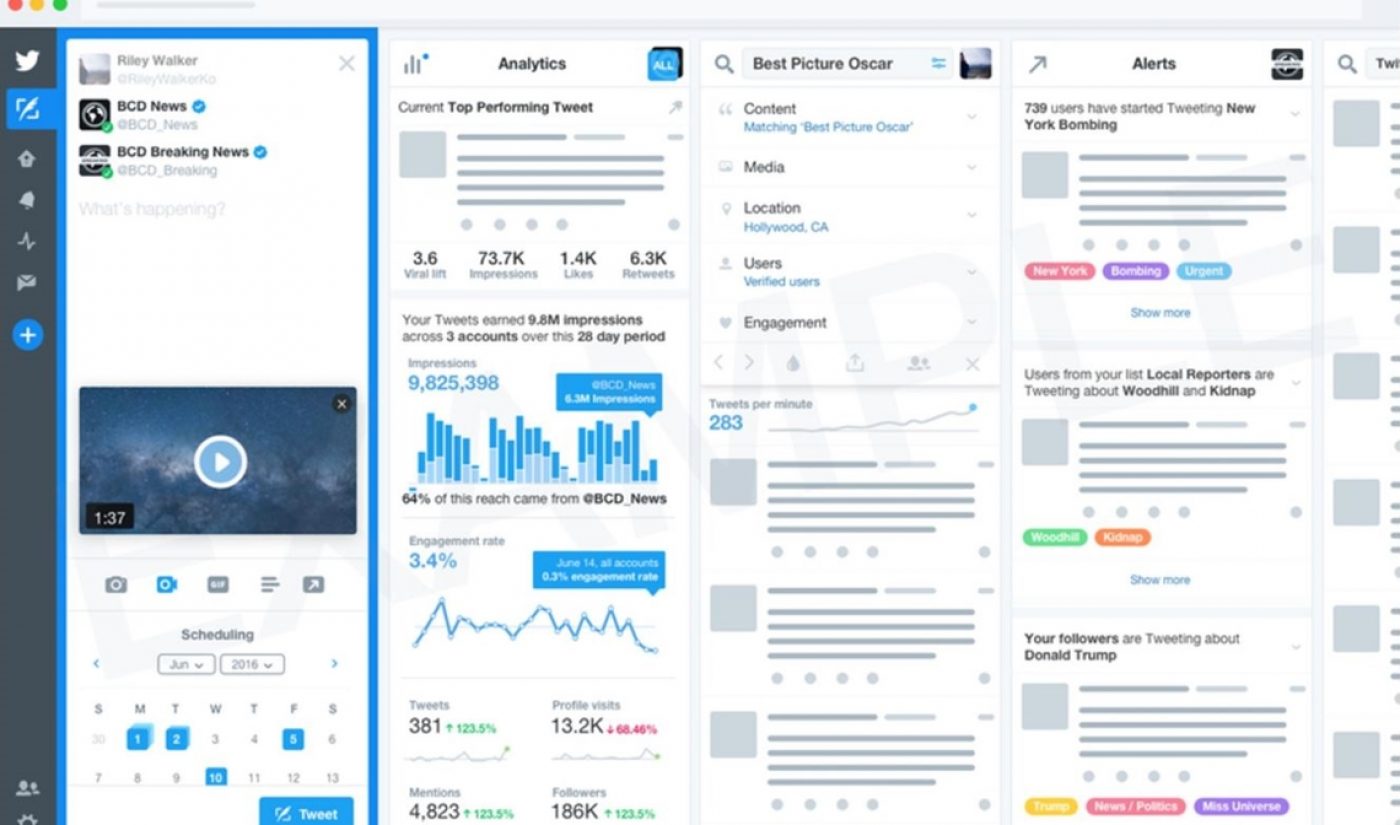 Twitter is mulling the release of a premium, paid service, and it is currently distributing a survey to prospective users to weigh their potential interest. A subscription service could present a new revenue stream for 11-year-old Twitter, whose ad business continues to struggle.

The monthly service would exist within TweetDeck, according to The Verge, which is a Twitter platform for advanced users enabling the management of multiple timelines on the same interface. The advanced features and would target corporate users, including brands and publishers. While pricing was not disclosed, the standard version of Twitter would remain free of charge.

Scoop: Twitter is developing an ‘advanced TweetDeck’ that would be available for monthly subscription fee & feature a range of new features: pic.twitter.com/MlKw8xZlVS

Twitter has not begun building the service just yet, and the survey is intended to help the team determine potential new features, The Verge reports. An advanced TweetDeck would be designed to help users “find out what is happening in the world quicker, to gain more insights, and see the broadest range of what people are saying on Twitter,” according to the distributed survey (above).

New tools could include additional alerts and analytics as well as composing and posting capabilities, as well as a customizable dashboard. The subscription service would be ad-free, and also enable users to monitor multiple timelines from multiple accounts across multiple devices, including mobile.