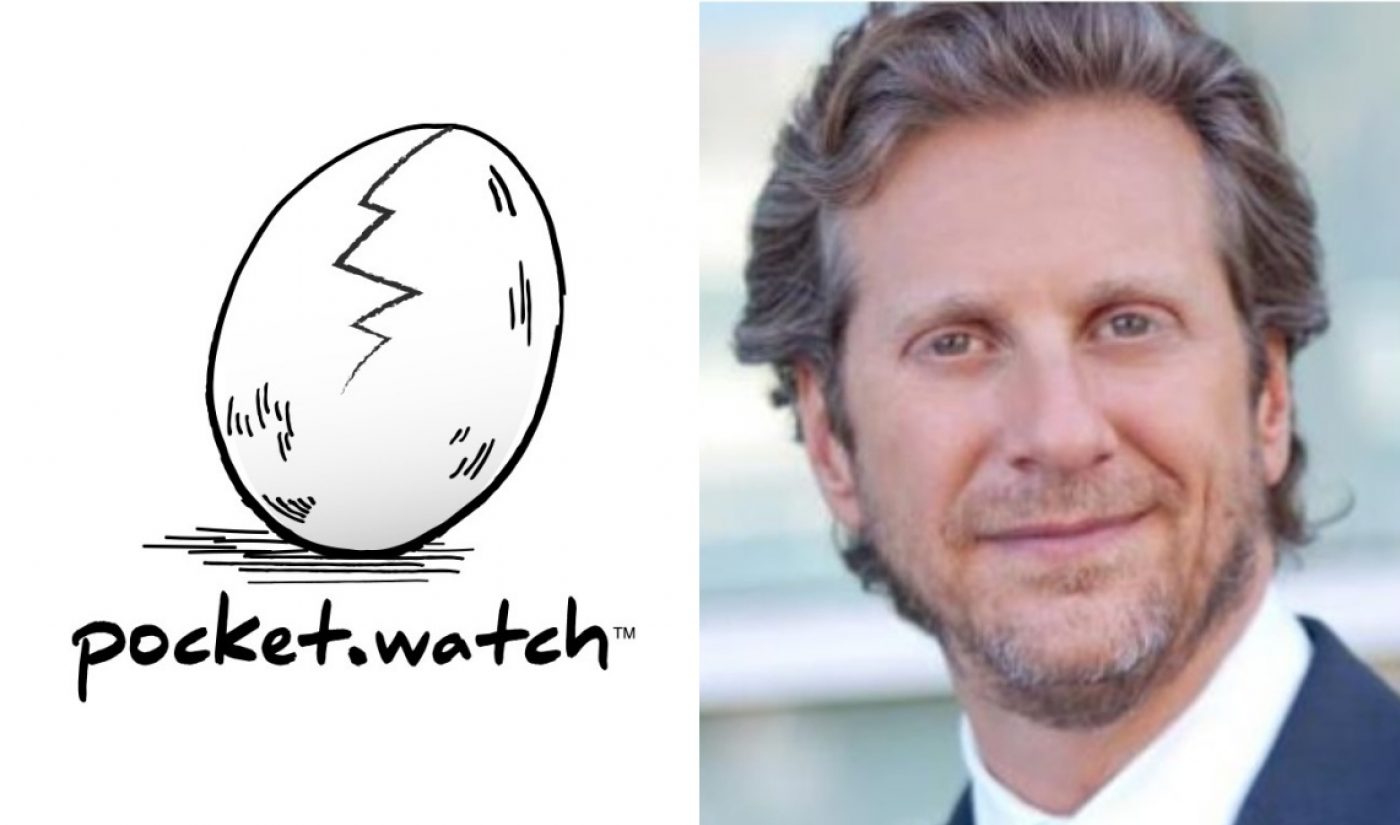 If you’ve paid attention to our Tubefilter Charts recently, then you know that children’s content is making a huge mark on YouTube. From sing-alongs to toy reviews to whatever this adults-dressing-up-in-superhero-costumes thing is, videos aimed at kids receive billions of views per week.

Now, a new media company is looking to take advantage of the massive market for family-friendly online videos. Pocketwatch, led by former Maker Studios exec Chris Williams, ex-Nickelodeon president Albie Hecht, and Hollywood dealmaker Jon Moonves, has raised a $6 million Series A funding round. With that capital, Pocketwatch will create a digital studio and network that will create programming for its soon-to-launch owned-and-operated channels while partnering with top children’s creators to build a multi-platform library of original content.

Williams, who is himself a father, told Tubefilter he was inspired to start Pocketwatch in part because “no brand had emerged from the digital space in an endemic fashion targeting kids.” His team will change that by creating content out of their 8,000 square foot Culver City office and studio space and partnering with 10 to 15 “traditional and digital creators,” who will make videos for their own channels and a range of Pocketwatch destinations. “This year we expect to launch five YouTube channels, one Musical.ly channel, and an initiative on Facebook geared towards parents,” Williams said.

These channels will be populated with videos that will span a variety of formats. When Williams speaks about Pocketwatch’s strategy, he likens it to a clock. The second hand is “high frequency, low cost” content on platforms like Snapchat and Musical.ly. The minute hand is the “tried and true formats” of YouTube, which can be repackaged for distribution on digital TV and over-the-top devices. The hour hand is franchise content that could make an impact on media like TV streaming. “Typically these are series and films that are feature-length,” Williams says. He notes that working Hecht — who embraced the digital-to-TV pipeline during his time at the HLN channel — will help the development of this hour hand.

Rather than spreading itself thin across a large operation, Pocketwatch only wants to team up with a small group of top-level partners. The company’s network will cover “different demographics, psychographics, and content types,” according to Williams, and the plan is to “increase the value of all those channels and partners.” Pocketwatch doesn’t plan to only interact with these partners behind-the-scenes. The overall goal is to firmly establish the Pocketwatch brand and be overt about the brand’s association with its partners, creating a positive halo effect for all those involved.

In order to woo these extraordinary creators, whom it plans to “superserve,” Pocketwatch will offer an equity pool to its partners that will be “double digits, post-investments,” notes Williams. By sweetening the deal in that way, Pocketwatch’s execs want partners to care about the resulting content as much they will. “We plan on giving these creators a real seat at the table at our company,” says Williams.

The strength of the Pocketwatch team (which includes ten members at the moment) is another big incentive for potential partners, as Williams, Hecht, and Moonves all bring ample experience to the table. Matt Gielen, a former exec at Frederator and an occasional author on this site, will serve as a consultant.

The list of Pocketwatch investors includes even more notable names. The Series A round is led by Third Wave Capital, the VC firm started by former Machinima CEO Allen DeBevoise. Participants include CBS CEO Les Moonves (who is Jon’s brother) and actor Robert Downey Jr.

“There is no other founding team or company better positioned to transform the kids’ digital entertainment space than Pocketwatch,” said DeBevoise in a press release. “With its innovative model and venture capital approach to fundraising, focusing first on content and brand development while growing distribution across all platforms, Pocketwatch is taking a really disruptive approach to attacking the white space in the ever expanding kids’ entertainment marketplace.”

Williams calls Pocketwatch’s development approach “character-based” and believes that distinction is a key reason why his company’s content will be able to grab a significant amount of attention within the burgeoning world of kids’ content. “When you develop franchises from a character base they can embody all these platforms in different ways,” he told Tubefilter. “The character can be on Musical.ly and also the star of a feature. And then conversely as you’re developing these franchises, you can plug them back into your second and minute hand. Instead of unboxing an Elsa toy, now [creators] are going to be unboxing our intellectual property. We’re very focused on that content-first strategy.”

Pocketwatch is expected to begin rolling out during the spring. Its first wave of content will be aimed at consumers ages five to eleven, and additional brands aimed at younger children and parents will arrive later in the year. By the end of 2017, Pocketwatch plans to launch around 1,000 videos across its network.

For updates about Pocketwatch as it nears its launch, keep an eye on its website.