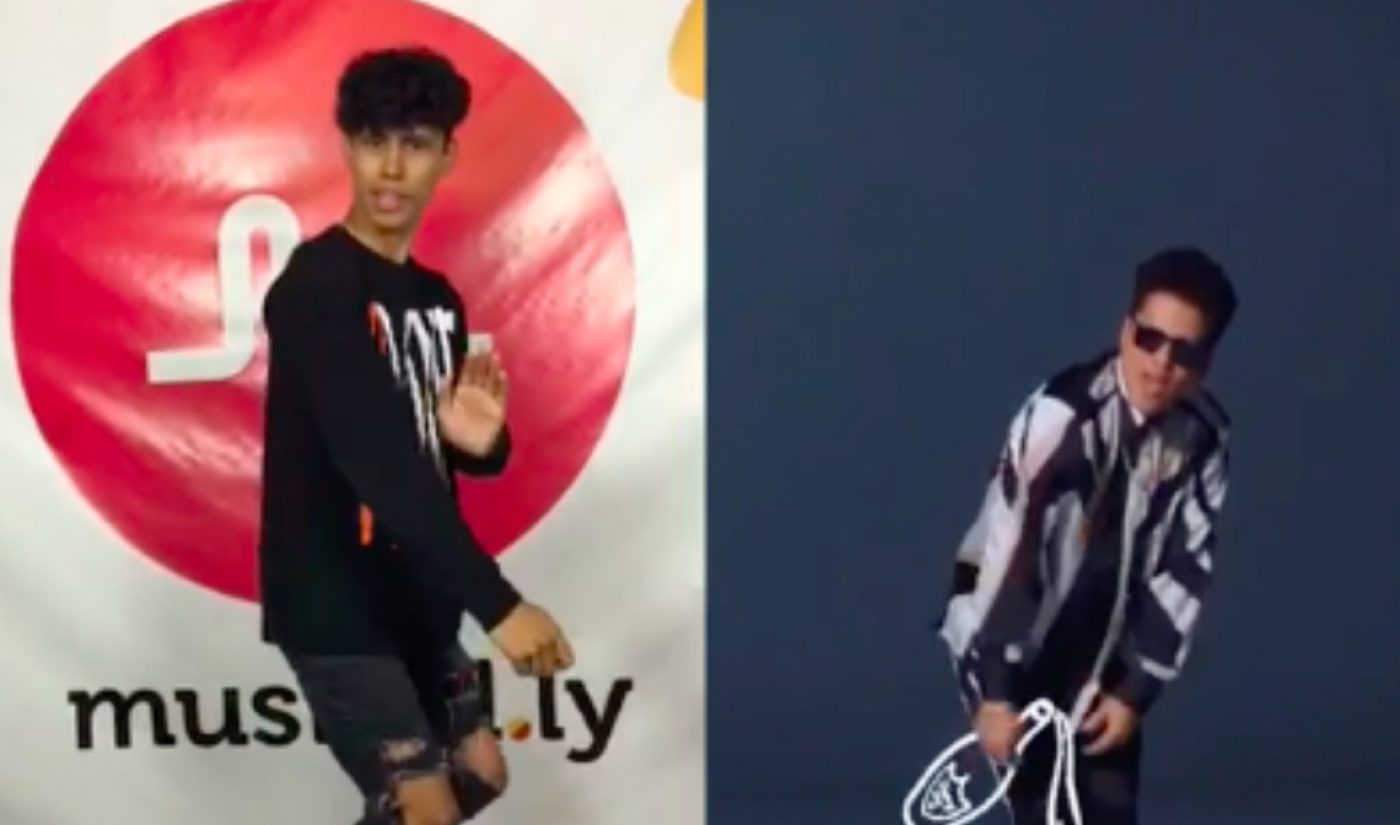 Musical.ly, like many other online video platforms, is launching a tool that brings more collaboration to its content. The app, known for letting its users set their videos to popular songs, has announced a new “Duets” feature. To draw attention to it, Musical.ly has teamed up with Bruno Mars for a contest set to his song “That’s What I Like.”

With Duets, Musical.ly users can splice multiple videos together in a split-screen format, which allows for coordinated musical performances. It’s basically a first-party, Musical.ly version of the YouTube Doubler, albeit with a much simpler layout. A few examples of videos made with the new feature can be found on YouTube.

With its new contest, Musical.ly hopes to promote Duets by offering up a shout-out from Mars as the top prize. Contestants are invited to record a Duet that complements a clip from the “That’s What I Like” music video and then tag their entries with #DanceWithBruno. Mars will feature his favorites on his personal Musical.ly channel. The app itself has also shared some Duet ideas in order to help its users get their creative juices flowing.

Musical.ly, which claimed to have more than 40 million monthly active users last December, has been one of the big winners in the mobile video boom that has taken place in the digital media industry over the last few years. The app’s highly-engaged community has been one of its big selling points, and with Duets now bursting onto the scene, Musical.ly’s users have a chance to be even more social.