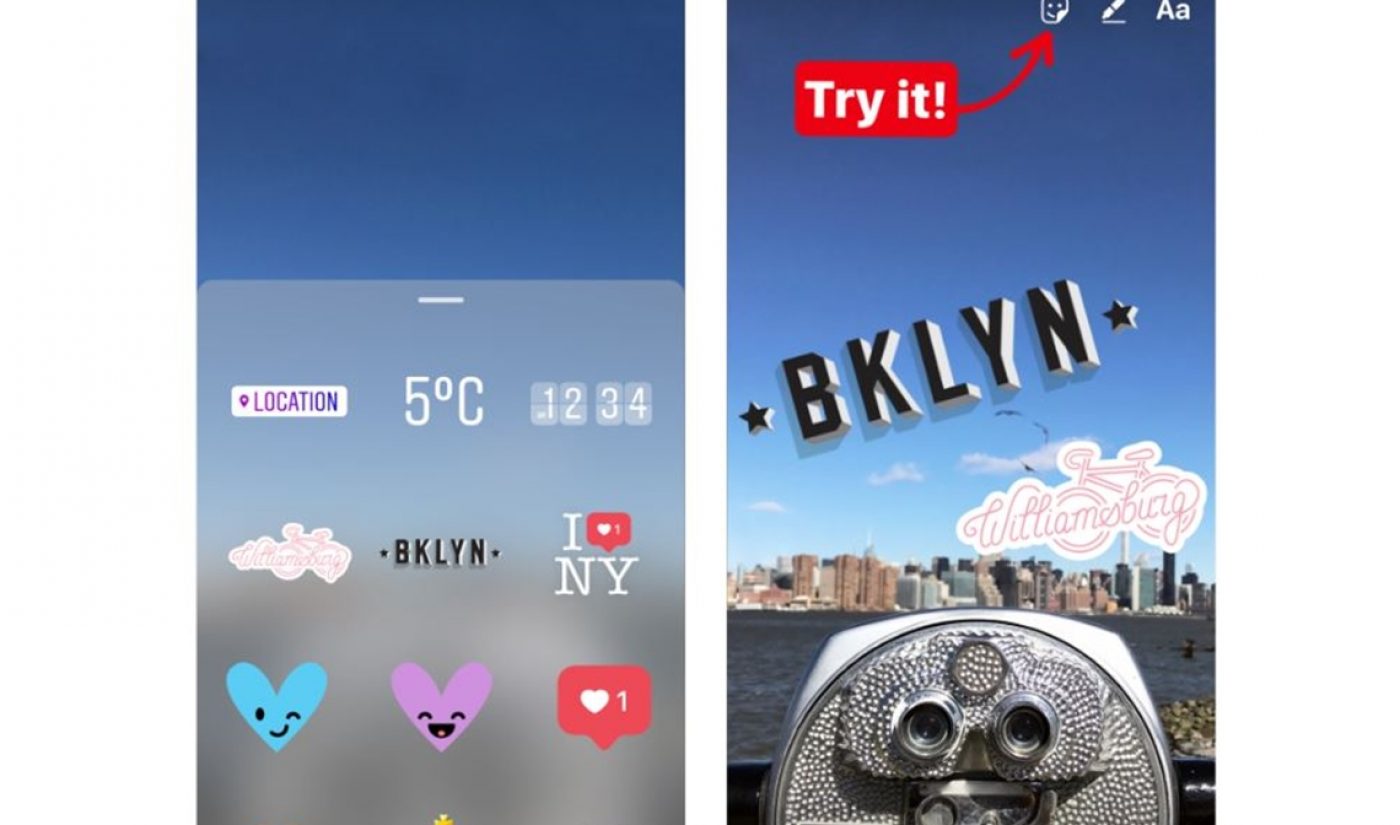 Instagram has taken its Snapchat mimicry to new heights with the launch yesterday of Geostickers, or location-specific animations that users can add to their Stories.

The launch is kicking off in New York City and Jakarta, the company announced, and follows Instagram’s rollout of traditional stickers last December. “Now, with more than a dozen new stickers each for New York City and Jakarta, you have another creative option for adding context to your everyday moments,” the company wrote in a blog post. In the future, stickers will become available for additional cities, neighborhoods, and landmarks, Instagram said.

Snapchat launched its comparable Geofilters feature back in 2014.

Now, with the launch of Geostickers, the only chief feature distinguishing Instagram Stories from Snapchat, notes Techcrunch, is augmented reality Lenses, which enable Snapchat users to transform their selfie photos and videos using a variety of masks. Roughly one year ago, Instagram’s parent company Facebook acquired and then subsequently integrated MSQRD, a startup that develops live selfie filter software, though it has yet to incorporate the feature into Instagram.

Instagram Stories, which boasts 150 million daily users, is posing an increasing threat to Snapchat, which went public last week in a soaring IPO, though shares subsequently tumbled back down to earth on Monday.