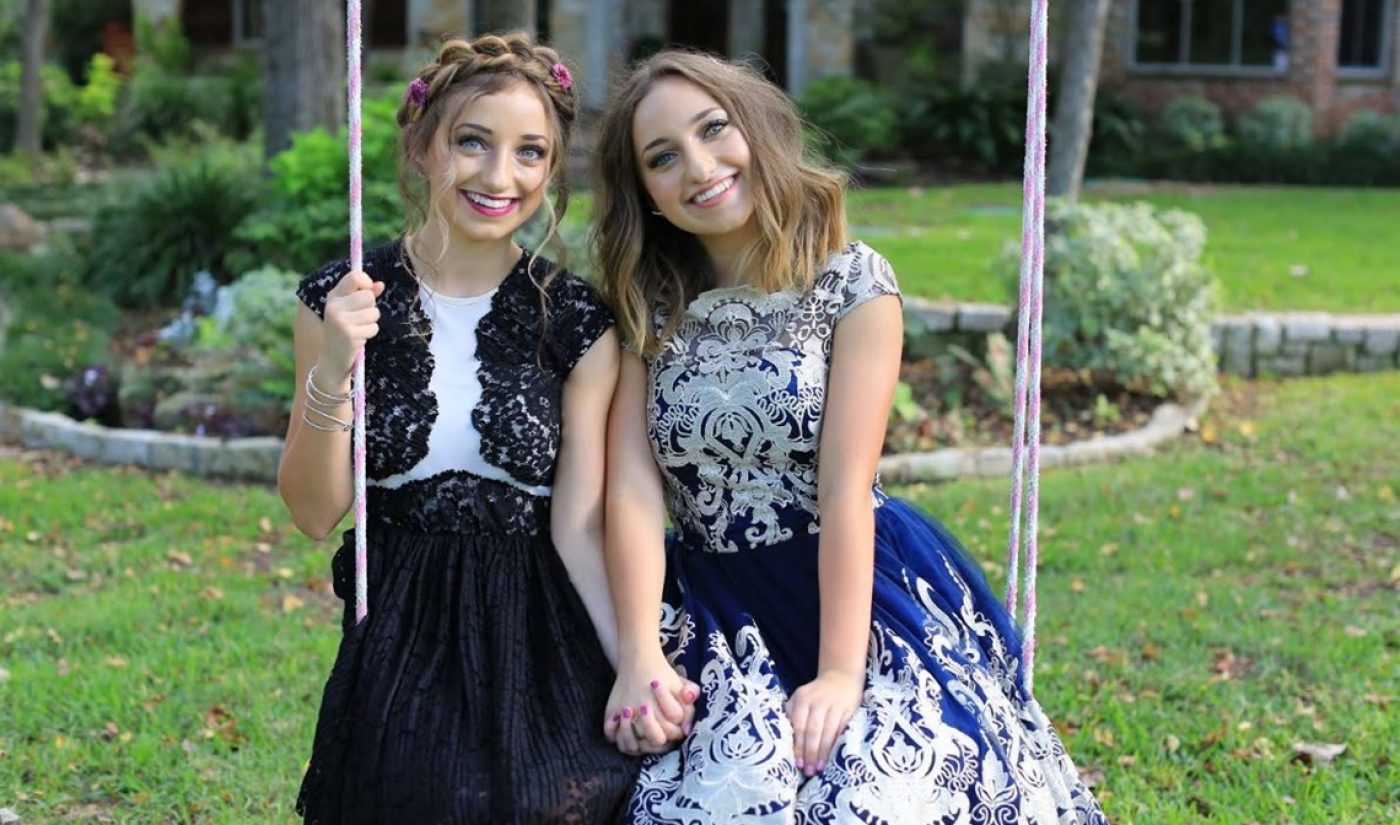 Identical twins Brooklyn and Bailey McKnight, who have amassed roughly 3.7 million subscribers and 500 million lifetime views on their YouTube channel — which features vlogs, crafting, fashion, and beauty content — are venturing into the next phase of their careers: music. The 17-year-olds launched debut single Dance Like Me on iTunes last week, whereupon it promptly ascended to #24 on the singles charts and #11 on the pop charts over the weekend.

You can listen to Dance Like Me right here.

The song, released independently and produced by Benny Cassette, who is attached to Kanye West’s GOOD Music record label and who has worked with bold-faced artists like Nicki Minaj, John Legend, and Lily Allen, is an upbeat dance track that touches on themes of tolerance. A lyric video and music video are currently in production, as are additional songs and music videos to be released through the summer.

“Brooklyn and Bailey did not want to be regarded as vlogger-singers, they wanted to be seen as true artists,” says talent manager Amy Neben of Select Management. “We spent the last year teasing the idea of Brooklyn and Bailey transitioning into music, engaging their audience so that they felt they were part of the decision and the overall journey.”

Check out an announcement video below:

We spoke to Brooklyn and Bailey — whose mom Mindy McKnight helms the massive Cute Girls Hairstyles channel (5.1 million subscribers) and whose younger sister Kamri Noel headlines her own comedy channel — about their foray into music. Check out the interview, which has been lightly edited for clarity, below:

Tubefilter: Where did the idea of venturing into music first begin to percolate?

Brooklyn and Bailey: We have been singing since we were little toddlers. As teens, we’ve enjoyed being in our high school choir, singing in church, and taking voice lessons. It was last year when we had the opportunity to film a music video with YouTube musician Peter Hollens that fueled the passion. We both came home motivated to increase our musical skills and start working on creating our own original music.

TF: Who are your biggest musical influences, and how did you link up with Benny Cassette?

BB: If you looked at our Spotify playlists, you would find that our taste is wide and varied. Some of our favorite influences include Daya, Meghan Trainor, Ed Sheeran, Ingrid Michaelson, and Panic At The Disco.

We met Benny through some mutual friends after we began the process of interviewing music producers. We love Benny’s easing-going style in studio, as well as his ability to teach us how to reach deeper and pull the best out of us, stretching us as artists on this new adventure.

TF: Do you have any plans for future releases?

BB: We have two more songs already recorded — both of which are coming out in the next few months, and both of which were produced by Benny. Our second song, a ballad about young love, will release in late April, while the third, an empowering girl anthem, will be released in June. Both songs are in the pop genre, yet have a completely different feel from Dance Like Me.

TF: How does music fit into all of your other online endeavors?

BB: We’ll always make our audience a priority as we continue to grow ourselves and expand our brand. This first single was unique because we crowdsourced many components of the track directly from our viewers — they voted to help us choose the base line, the drum line, the claps, and chant, for example.