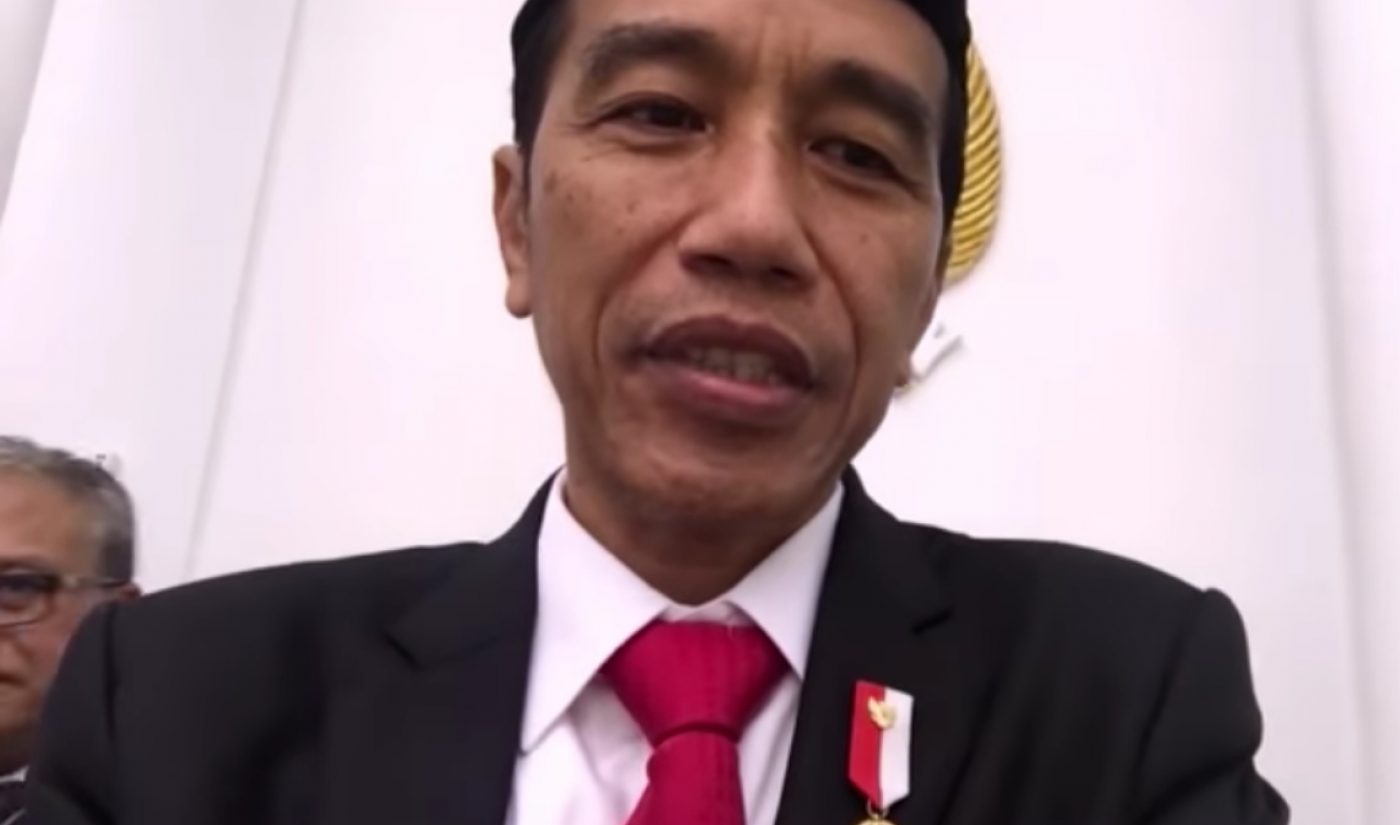 Joko Widodo, known colloquially as Jokowi, has a lot of similarities with other YouTubers. He vlogs about his experiences, meets up with his fans, and collaborates with other creators. There’s one small thing, however, that makes Jokowi’s YouTube channel different from the rest: He’s the President of Indonesia. Since launching his channel in May 2016, the head of state of the world’s fourth-most populous nation has gathered more than 137,000 subscribers, with his latest video receiving 1.5 million views in its first two days of activity.

Jokowi, who has held Indonesia’s top office since 2014, picked up his YouTube hobby from his 22-year-old son Kaesang, who also maintains an active channel on the world’s top video site. Since Jokowi started vlogging, among other actions, he has posted a live stream from an event he attended in Australia and has met with his nation’s top YouTube stars in his presidential residence, just as Barack Obama did back in 2014.

Jokowi’s most popular video, however, chronicled his recent dinner with King Salman of Saudi Arabia. The vlog, which includes a few kind words from the guest of honor, became a viral hit in Indonesia and around the world.

For Indonesian viewers, Jokowi’s official channel is an easy way to stay up-to-date with the national affairs of their leader. Given Donald Trump’s history with YouTube, perhaps he’ll be the next president to become a vlogger-in-chief.