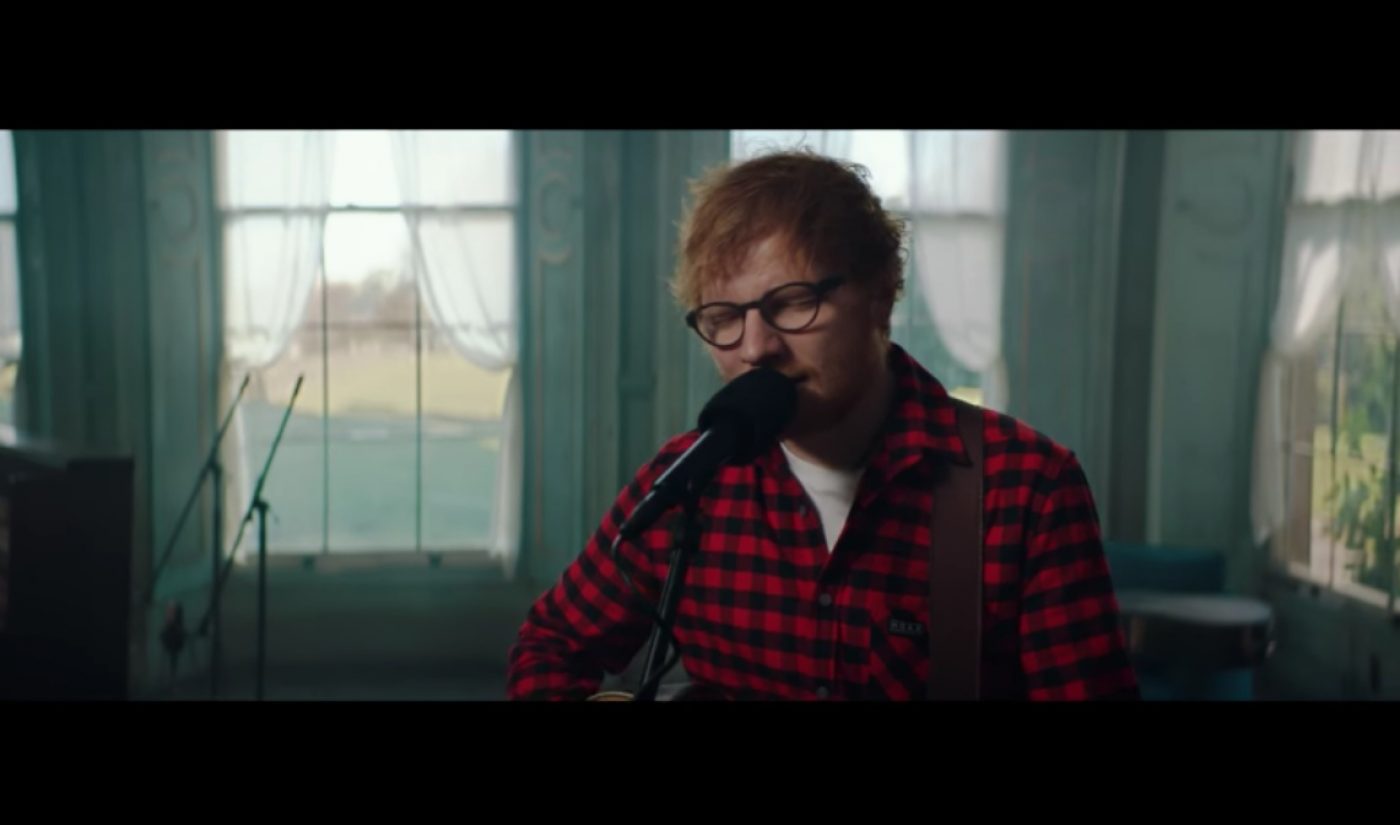 Ed Sheeran is one of the most popular musical artists in the world, so when he puts an entire album on YouTube, Beyonce-style, it’s a big deal. The English singer-songwriter shared all of the songs from his new album Divide (stylized as ÷) to his official channel, and at the time of this post, the 14 new uploads have received more than 20 million views in just 14 hours.

Divide consists of 16 tracks, two of which — “Shape of You” and “Castle on the Hill” — were available on Sheeran’s YouTube for about two months before the rest of the album was uploaded. Lyric videos for those two songs have combined to achieve more than 500 million views, and the rest of the album will surely add to that massive total.

For Sheeran, a big YouTube audience is par for the course. The music video for the 26-year-old performer’s most popular track, “Thinking Out Loud,” is the 20th-most viewed video in YouTube history, with more than 1.5 billion hits.

The influx of viewers to Sheeran’s new album is the latest proof of YouTube’s status as the world’s most-popular jukebox. Just ten days earlier, The Chainsmokers set the record for the highest single-day viewership on a lyric video by registering nine million hits on their song “Something Just Like This.” That video’s view count is now above 47 million.