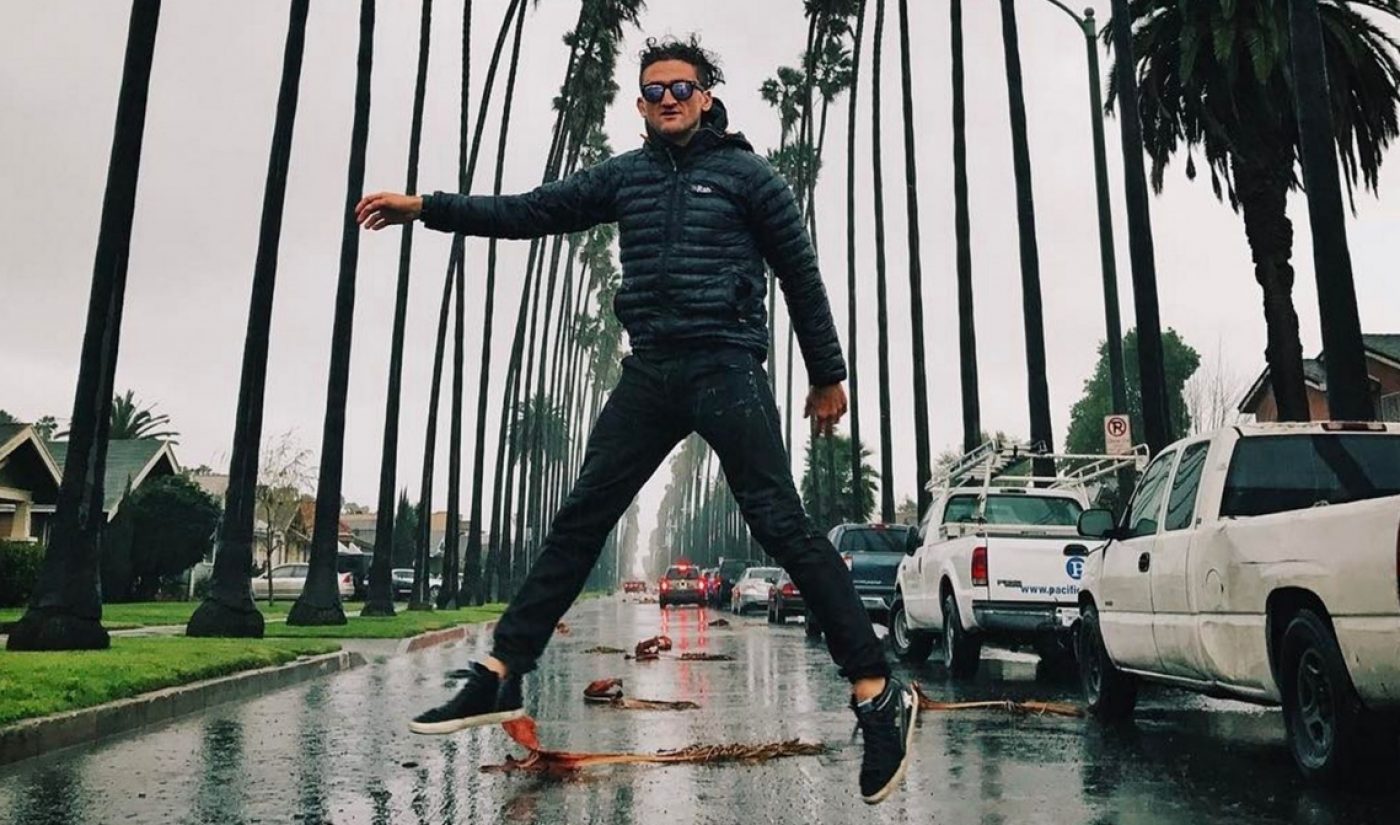 Back in November, following the acquisition of his Beme tech startup by CNN for a reported $25 million, it was announced that the vlogger Casey Neistat would launch a standalone media brand powered by bleeding-edge mobile technology — though Neistat quipped at the time that he had “no idea” what the CNN partnership would ultimately look like.

Now, in an interview with The Hollywood Reporter, Neistat is dropping some fascinating hints. The 35-year-old former daily vlogger says he’s set to launch another YouTube channel this month on which he will host a daily show. Additionally, the tech team behind Beme is currently developing news distribution apps.

“I want to build a news company. It’s going to be video exclusive,” Neistat told the Reporter. “It’s going to be done in a way that penetrates the thick, strong, solid-steel bullsh-t shield that this generation cautiously holds up in between them and everything being thrown at them. We want to push that aside by speaking to them frankly and by having it be something that’s extraordinarily transparent.”

Of a news app currently in development, Neistat explained that it will deliver 12 live newsfeeds from around the world curated by journalists. Neistat describes partnering with fellow hosts and personalities that are trustworthy and relatable to young audiences, and he says the raw, unedited streams aim to “strips away the noise.” This seems like a novel proposition for CNN — as well as its cable news network contemporaries — who frequently traffic in splitscreen panel discussions and seemingly boundless commentary and analysis.

“A very simple goal is to present something that cuts through that in a digestible way,” Neistat says. “If you consume one thing today,” he explains of his hopes for the forthcoming venture, “you feel like you’ve got a grip on what took place in the world.”