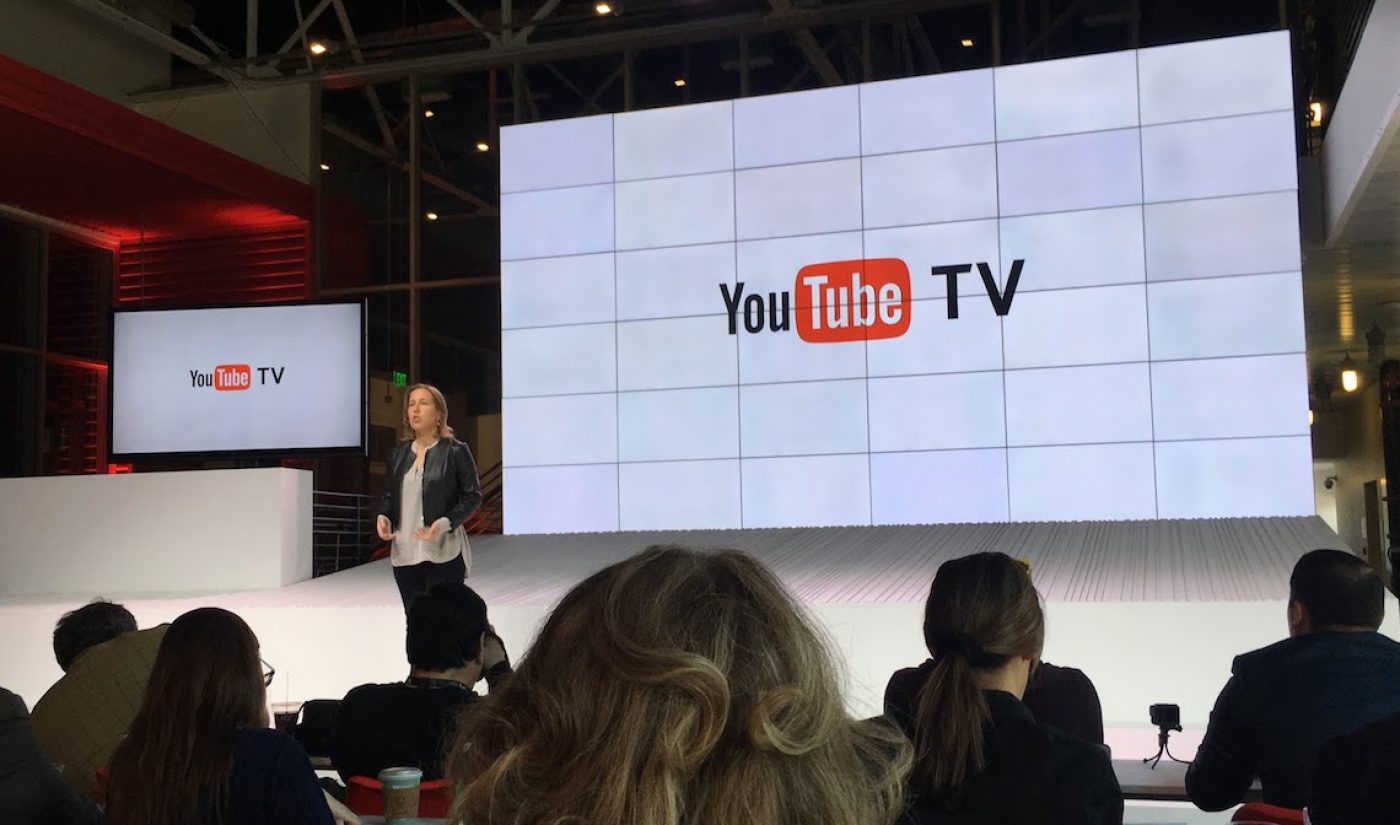 YouTube has announced a new feature through which it will take on cable. The video platform has announced YouTube TV, a $35 bundle that lets subscribers watch more than 40 TV channels, including all four major U.S. broadcast networks.

That $35 YouTube TV subscription price point will support up to six different users, making the bundle a solid option for families. Programming on the featured channels will be broadcast live, but a DVR feature will let users save an unlimited number of their favorite shows in the cloud and watch them later. In a neat feat of technology, you’ll be able to record an unlimited number of shows at the same exact time, too. The entire product is designed to work seamlessly on mobile, desktop, and digital TV devices, too, just like the good old fashioned YouTube.

The first rumors related to YouTube TV came back in May 2016, when a Bloomberg report indicated that YouTube would launch a bundle of TV channels called Unplugged. Since then, additional reports have speculated about the channels that YouTube would sign up for its service. Ultimately, the launch lineup for YouTube TV will include ABC, FOX, CBS, and NBC, as well as dozens of cable channels, but nothing yet from Viacom, Time Warner (including Turner), nor Scripps. Viewers will also be able to append “add-on networks” to their subscriptions for an additional price (e.g. Showtime). “We’re bringing the best of the YouTube experience to live TV,” reads a YouTube blog post. “To do this, we’ve worked closely with our network and affiliate partners to evolve TV for the way we watch today. Meet YouTube TV. It’s live TV designed for the YouTube generation—those who want to watch what they want, when they want, how they want, without commitments.”

YouTube TV will be a standalone application and a separate subscription from YouTube Red, another pay-by-the-month service run by the world’s top video site. Red’s original series featuring YouTube’s homegrown online video stars, however, will be available through the new bundle. Regular YouTube videos will also be available with the YouTube TV app and recommended to you right alongside live TV shows based on whatever the YouTube algorithm thinks will make you stick around for the longest amount of time.

Like any live television offering, YouTube TV will have its share of commercials. And those commercials will be sold by both the television networks providing content to YouTube TV and YouTube itself. “We will sell ads. Our networks will sell some ads,” YouTube Chief Product Officer, Neal Mohan explains. “We view this as the beginning of the journey. There are ways we’ll be able to improve the overall ad experience for viewers in terms of relevancy, but it’s going to be a journey over time.”

YouTube TV is expected to launch in the coming months in select markets before eventually expanding across the U.S. But here’s a sneak peak, taken during the live demo at the YouTube Space LA led by YouTube TV Director of Product Management Christian Oestlien.

You can get a notification of when YouTube TV becomes available by signing up at TV.YouTube.com. The product will go head-to-head against pre-existing competitors like Dish’s Sling TV, Sony’s Playstation Vue, and DirecTV’s DirecTV Now. That’s in addition to your regular cable subscription, the coil of which YouTube TV undoubtedly hopes you’ll shuffle off soon.