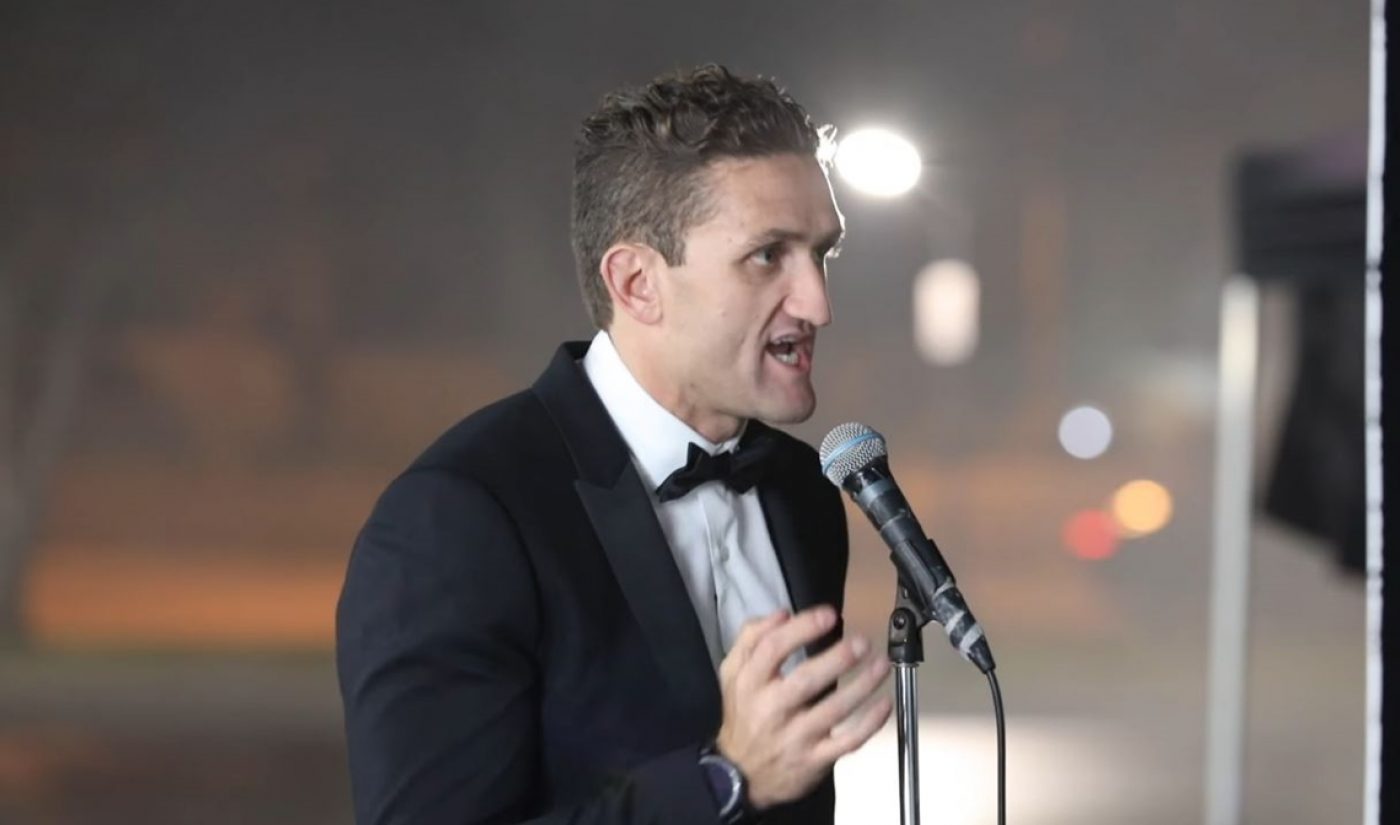 The celebrated vlogger and filmmaker Casey Neistat made a much-buzzed-about appearance during last night’s Oscars telecast — though not during the ceremony.

Neistat starred in a commercial for Samsung’s Galaxy range of smartphones dubbed The Rest Of Us, which the tech giant said is the first piece of creative within a forthcoming campaign to “empower, inspire, and develop a new guild of creators that realize their inherent potential.” The multi-channel initiative will aim to show how Samsung’s tech has enabled digital creators to become the filmmakers of the future.

In the Oscars ad, Neistat is bedecked in a tuxedo and delivering his own award show acceptance speech of sorts on a wet parking lot. “We don’t have big award shows or huge budgets or fancy cameras,” he says, amid flashy footage shot by Samsung devices, “but what we do have are our phones — and duct tape and parking lots and guts.” Aired during the Academy Awards, these words had a particular resonance.

Check out the spot, which was developed by the creative agency Wieden+Kennedy, below:

Neistat, who revealed that the commercial was shot just eight days ago, has collaborated with Samsung before — on a sponsored holiday film for his YouTube channel. In that viral video, he donned a Santa Claus costume and was towed through the Finnish mountains on a snowboard by a custom-built drone. Posted last December, it has thus far clocked more than 8 million views.

True story; all the cut aways we filmed were shot on Samsung S7 phones. https://t.co/a8UtStGHK4

Neistat, a noted critic of Samsung competitor Apple, posted a behind-the-scenes look at the production of the commercial on his channel yesterday prior to its airing. After noting that the Academy Awards planned to celebrate exactly zero YouTubers this year and is the second most-watched televised broadcast after the Super Bowl, Neistat explains in the vlog that he wanted to create a commercial that would celebrate the YouTube community.

While he didn’t direct the massive production, which was shot over three days and planned over the course of months — and which Neistat quips he could’ve shot on his phone in 5 minutes — he does serve as the face of the campaign.