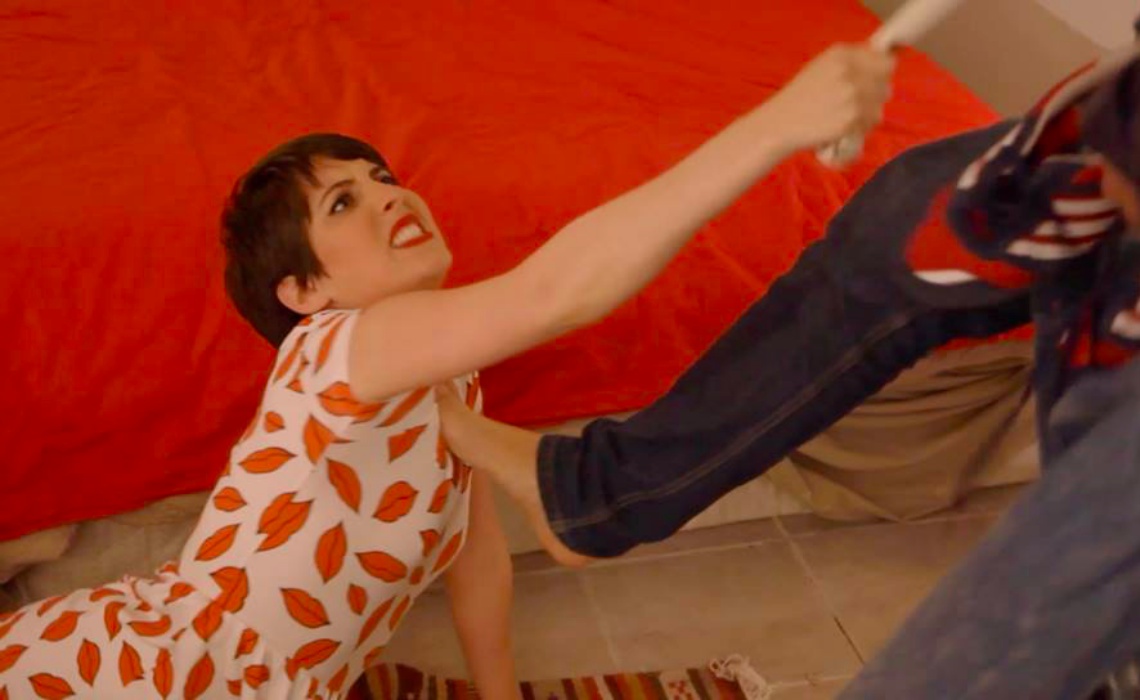 Here at Tubefilter, we’re no strangers to web series that examine the pressures that come with family planning, but few of those shows are as madcap as Ovulady. Abby Feldman‘s screwball series follows a protagonist who is desperate to get pregnant and will resort to dubious means to try to get what she wants.

In her series, Feldman (best known for her role in the Netflix miniseries Gringolandia) portrays a self-titled protagonist who, as noted in a press release, is a “sexual novice” who nonetheless has big plans for her future. In the first episode, Abby hooks up with a man who quickly realizes he is in way over his head. Abby fails in her mission, but she does end up with a free sock, so not all is lost.

Ovulady works because Feldman succeeds in playing crazy. With her bulging eyes and an off-putting smile, Abby (the character) is over-the-top in an Overly-Attached Girlfriend sort of way, which makes her misadventures all the more ridiculous. Keep an eye on Feldman’s Facebook page to see what shenanigans Abby gets up to next.