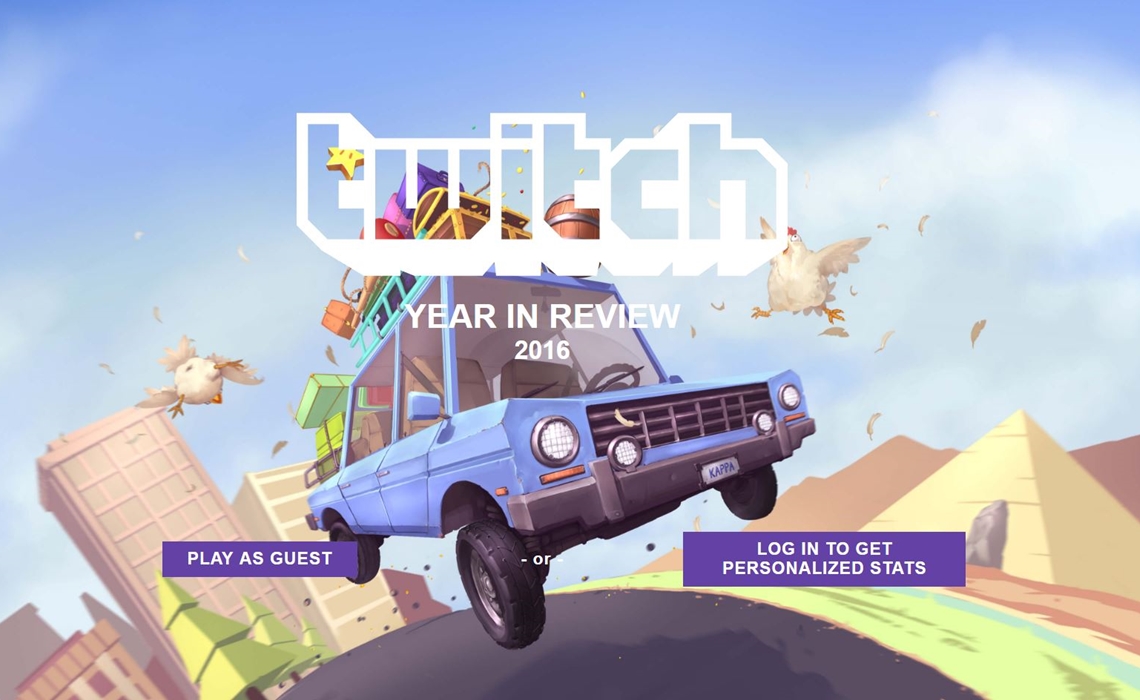 Twitch took a look back at 2016 today with its annual retrospective — posted in video game format, no less — and shared some rather staggering stats, including that the platform now boasts 2.2 million unique streamers and that 292 billion minutes of content were consumed last year. Users streamed 241 billion minutes of content in 2015 — meaning that watch time has increased by roughly 20%.

The retrospective, which is live right here, can be ‘played’ as a guest, showcasing platform-wide highlights, or by signing into one’s own Twitch account, whereby users can glean a personalized look back at their stats for 2016.

The guest retrospective reveals, for instance, that Pokémon Go became the first mobile game to land at the top of the Twitch charts, while Counter-Strike: Global Offensive remained the site’s favorite first person shooter for the second year running. The most-watched new game of 2016 was Blizzard’s Overwatch. The retrospective also covers new features launched by Twitch in 2016, including Clips, Twitch Prime, and Automod, as well as new content verticals that it has sought to explore in recent months beyond its gaming roots, including IRL.

Finally, Twitch recapped its charitable donations in 2016, which amounted to a whopping $25.3 million for the Children’s Miracle Network Hospitals, the Prevent Cancer Foundation, St. Jude Children’s Research Hospital, Doctors Without Borders, and more. A total of eight charity streams accounted for this intake, representing a 48% increase over funds raised in 2015, the company said.