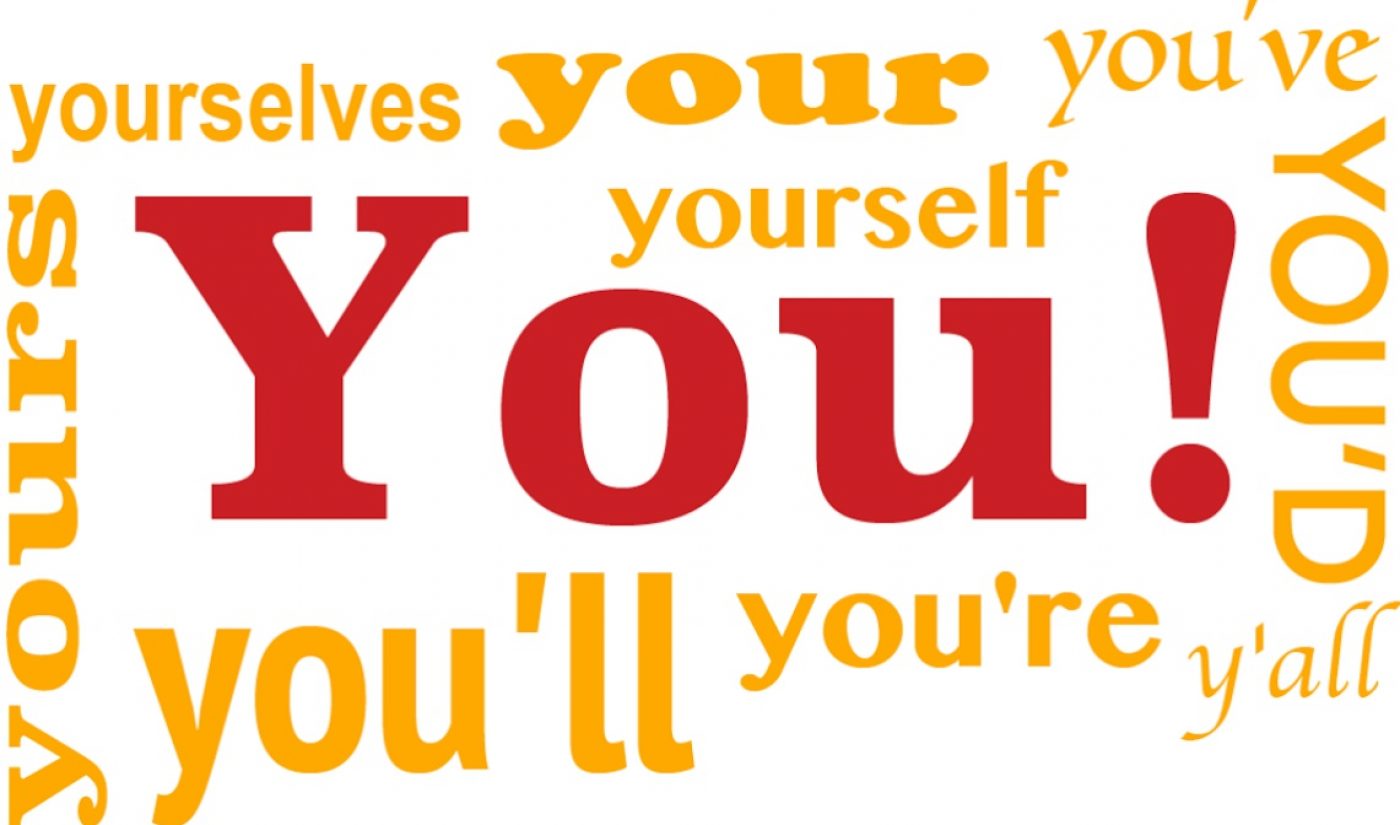 How can you increase the size of your audience on YouTube? According to a new study, the video site’s name holds the key. Channel management companies TubeBuddy and Hey.com teamed up for a report that studied the effectiveness of YouTube videos based on how often they said the word “you” in the first 30 seconds of runtime. The results are clear: Measured videos that said “you” in their first five seconds scored 66% more views than videos that did not.

To create their study, TubeBuddy and Hey looked at close to 30,000 videos, all uploaded between April 1st and December 1st, 2016. All videos in the sample had at least 40 views and came from channels with at least five uploads and ten subscribers. To explain the observed phenomenon, the study looked at the personable nature of the interaction between video hosts and viewers on YouTube. “The word ‘you’ acts as a stand-in for the individual names of each of your audience members,” it reads. “When ‘you’ is used, the person on camera is acknowledging the viewer, and is showing that the viewer is important to them. Furthermore,the word “you” catches the attention of the viewer, and the on-camera person is saying implicitly that this video will have relevance for the viewer as an individual.”

It’s certainly possible that some third factor, such as a straightforward and direct approach, links the appearance of the word “you” to increased viewership. Still, TubeBuddy and Hey’s study makes a strong case that, when creating a video, directly addressing your audience should be a key goal.