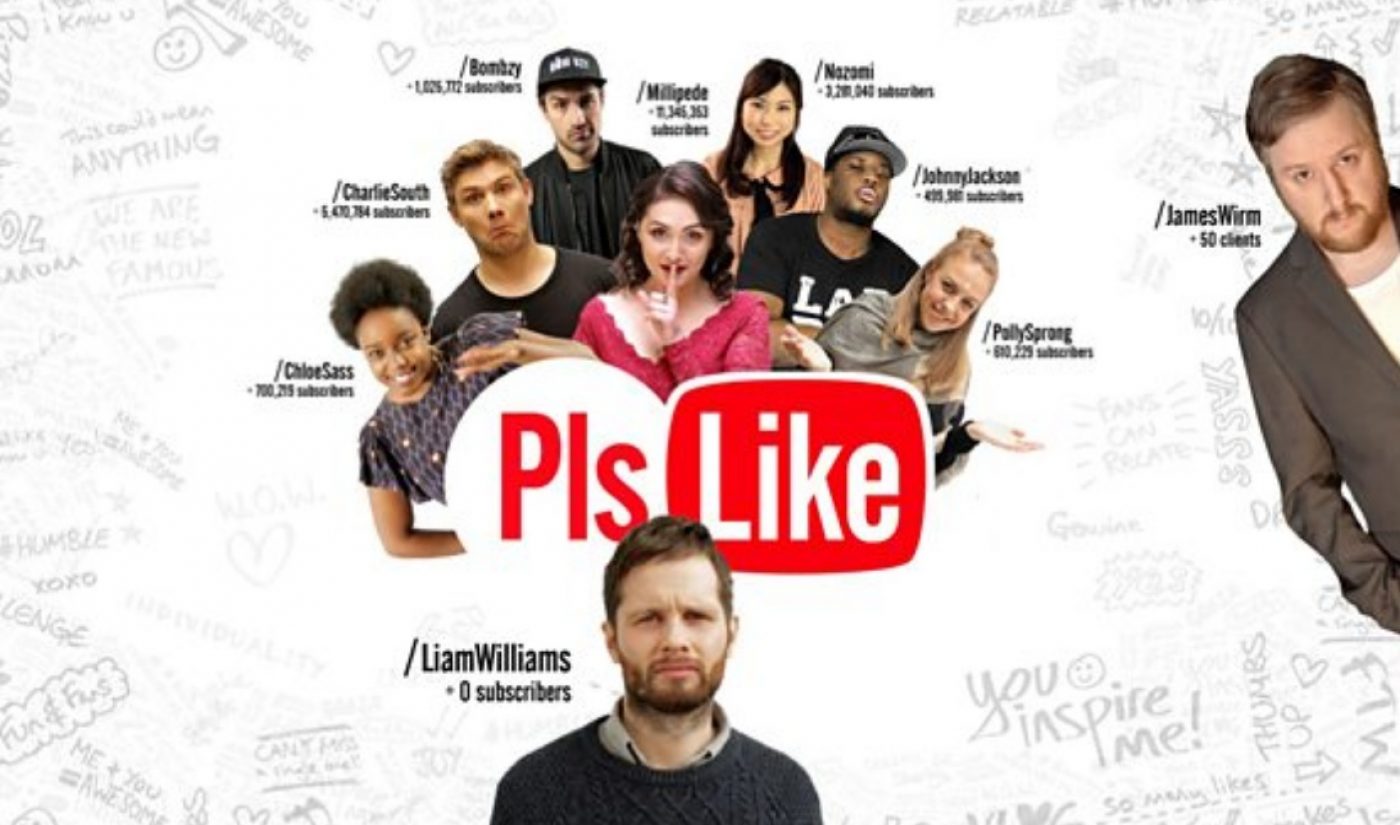 As production companies have sought TV, film, and video on-demand projects that harness the influence of social media stars, they have often utilized plotlines that satirize the online video community and the peculiar characters who reside within it. Now, a new TV show on BBC Three is offering up its own parody of digital culture, but this one will be different. Pls Like, a series written by and starring comedian Liam Williams, will make fun of YouTube without featuring any YouTube stars among its cast.

In Pls Like, Williams will play a man who wins a vlogging competition. In order to claim his £10,000 prize, he must ingratiate himself within a world of (fictitious) YouTube stars and complete a number of challenges. “It’s been fun and rewarding getting to work with some of my favourite comedians and a very talented creative team to lampoon a world which I find baffling and envy-inducing in equal measure,” said Williams.

The fact that a performer with no YouTube experience of his own feels comfortable lampooning the online video world may show that Internet culture has reached a level of mainstream recognition it had not previously attained. At the same time, it’s interesting to wonder who Pls Like’s intended audience is. Will it feature referential humor to appeal to the digital-native crowd? Will it view online video in the terms of consumers who don’t regularly watch YouTube? Or will it lie somewhere in between? It will begin to answer those questions on February 11th, when the first of its six episodes will hit British airwaves.