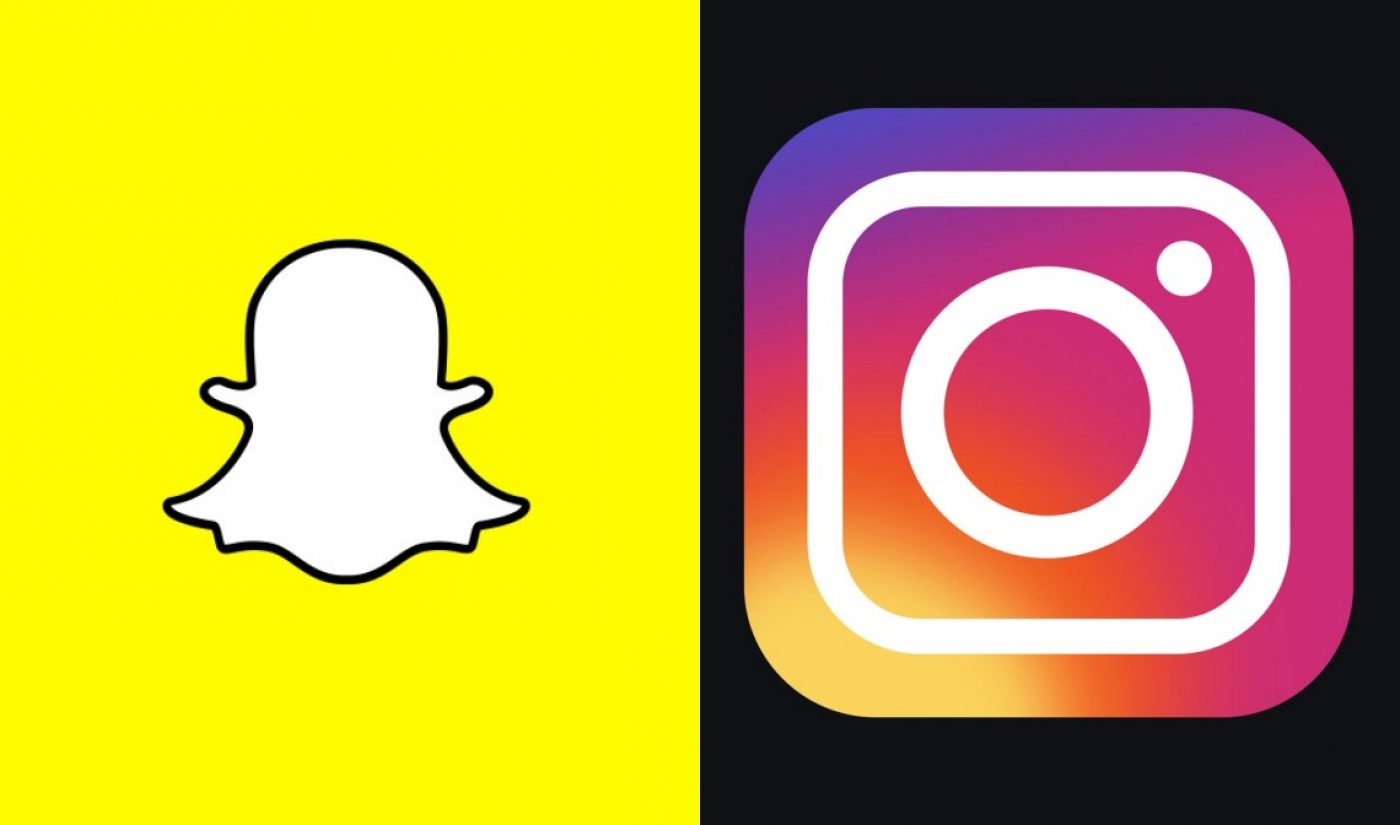 In August 2016, Instagram announced the launch of disappearing Stories that serve as functional clones of the Snapchat items of the same name. Six months later, Instagram’s Stories have become such a success that they appear to be eating into Snapchat’s market share and threatening the latter app’s value ahead of its planned IPO.

Rumors of Snapchat Stories’ demise have come via TechCrunch, which talked to multiple analysts, creators, and talent managers for a recent story. The viewership shift described by those sources is dramatic, with TechCrunch saying that Snapchat Stories view counts have recently dropped between 15% and 40% as the Instagram Stories audience rises upward. A case study exemplifying this sea change can be found via creator Hannah Stocking, whose Snapchat Stories views fell from 150,000 per day to 90,000 per day over a five-month period. During that same time frame, her Instagram follower count rose from 1.2 million to 4.3 million.

There are several factors that have allowed Instagram to eat up Snapchat’s audience in the way it has. The Instagram version of Stories is an extremely well-made clone that offers users more flexibility than they can find on Snapchat, to the point that Snapchat’s version of the feature has started to copy Instagram’s right back. In addition, Instagram’s large user base, which is reportedly now above 600 million uniques per month, makes it a more attractive option for brands. Snapchat hasn’t reported a daily user figure since June 2016, when it hit 150 million uniques per day; Instagram Stories has reportedly hit that number as well.

All hope is not lost for Snapchat, however. It is reportedly seeking nine-figure commitments from major ad agencies, and if it can land some of those deals, it can keep more money — and, by extension, more views — on its platform. With its IPO tentatively planned for March, those deals look crucial.