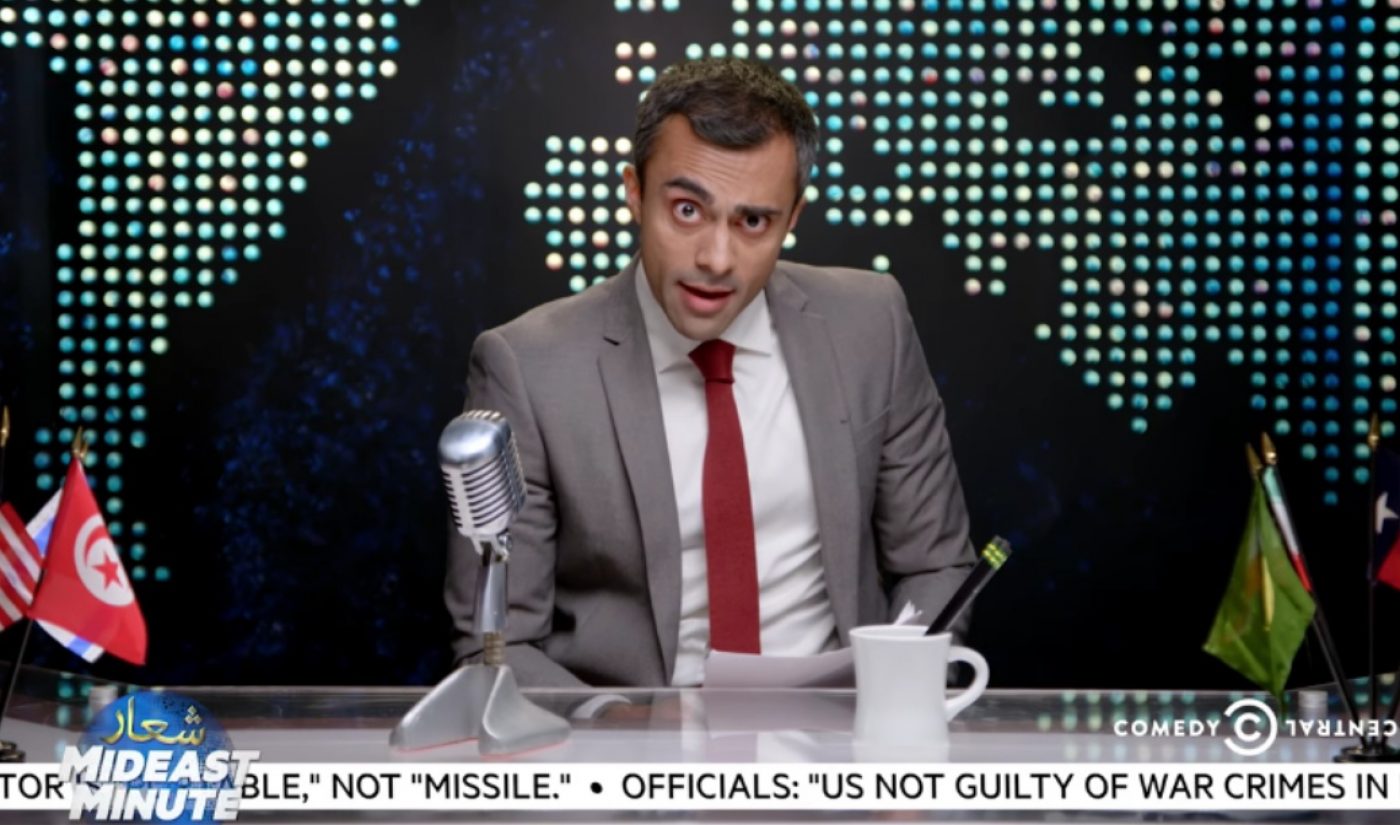 On the same day President Trump’s executive order on immigration sowed chaos and widespread protests at American airports, Comedy Central quietly launched a web series that just happens to serve as the perfect antidote to current events. Canadian comedian Pardis Parker is the creator and star of Mideast Minute, which satirizes the relationship between the American government and the Middle East.

Parker drew inspiration for Mideast Minute from Alhurra, an American-run TV network launched in the Middle East during the George W. Bush administration. Many viewers perceived Alhurra as having a pro-American slant, and in his web series, Parker takes that idea to the next level. He addresses his viewership as “villagers” and puts forth unconvincing arguments that are in line with the current administration’s goals. The first episode, for example, claims immigration into the U.S. is “overrated.”

“The character, he’s an American mouthpiece, this guy named Jamsheed al-Jamsheedi,” Parker told the Los Angeles Times. “The idea was the network president didn’t know the difference between Arabs and non-Arabs. He just hired a brown guy, gave him an Arabic name and said this is good enough. He’s basically grossly misinformed about the Middle East and about the region.”

Comedy Central obviously has a great history with satirical news television, and individual episodes of the Mideast Minute resemble The Colbert Report’s most enduring segment, “The Word.” Parker isn’t quite on the level of Stewart and Colbert, but is work is both timely and funny — and that’s a combination that works.