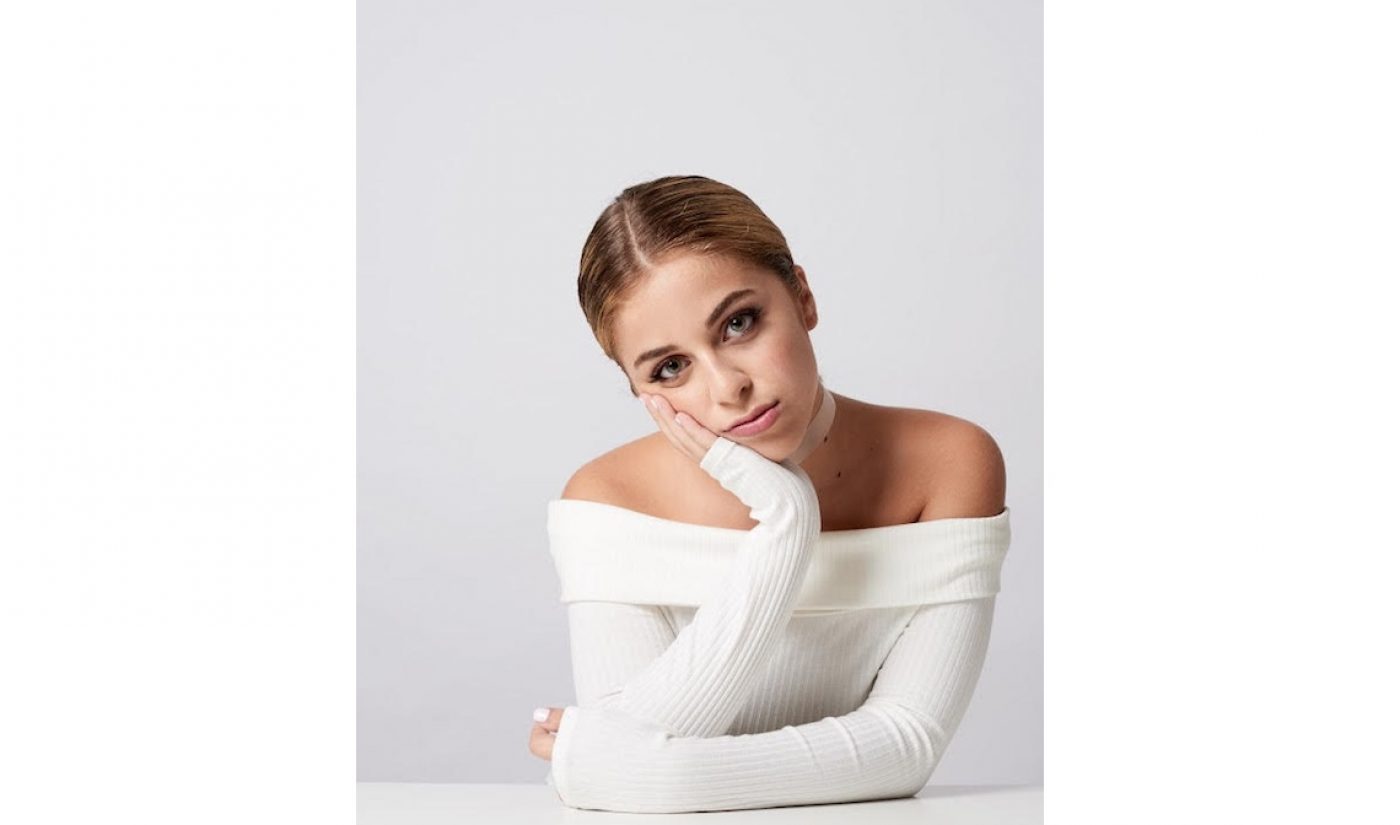 It’s 149 days until Summer, but at least one massively popular digital media star already has plans. “Baby” Ariel Martin just announced she’ll serve as a counselor at Camp17, the self-proclaimed “one-of-a-kind camp experience” where “fans interact with their favorite digital personalities in a safe environment that nurtures authenticity, personal growth, and the creation of friendships and memories that last a lifetime.”

Martin gained massive popularity among the tweenager set within the past 12 to 18 months as she ascended towards an eight-figure following on Musical.ly, the video-based, social networking app that allows its users to create fun, quirky, and ostensibly cool 15-second original and lip-sync videos to poppy chart-topping hits. The 16-year-old star now has the biggest account on the platform, claiming over 16.7 million fans on Musical.ly alone, with another 1.9 million subscribers on YouTube, 5.8 million followers on Instagram, and 547,000 followers on Twitter.

Now, Martin wants to take advantage of the social media expertise she’s amassed while achieving those impressive metrics and pass on some knowhow to social media-inclined superfans her age. She broke the news to her many followers about her summer plans with a Musical.ly, of course, uploaded to her Instagram. Check it out:

this is where my socia media journey all started! & i’m so excited to announce i will be hosting this year’s Camp 17 Creator Camp!! It’s going to be a fun few days filled with Musical.ly’s, vlogging, editing, & so much more! There are only 150 slots, so go get your tickets soon at www.gocamp17.com  I’m sooooo excited for this & to spend a few days with you!  #CreatorCamp #GoCamp17 @gocamp17

“I learned about Camp17 and I was immediately excited about the opportunity,” Martin told Tubefilter. “I’m most excited to interact with my supporters on a more personal level & be able to teach them everything they want to know about social media!”

That interaction and tutelage will take place at Camp17’s Creator Camp in Mukwonago, Wisconsin from August 16 to August 20, 2017. The registration fee of $1,695 is good for six days and five nights of food, lodging, and “hands-on tutorials covering shooting and editing techniques, photography, adapting to new social media platforms, and creating a community,” in addition to some presumably regular kinds of summer camp hijinks.

The event will kick off Camp17’s second summer. The initiative was originally conceived from a partnership between YouTube superstars Bethany Mota, Tyler Oakley, Connor Franta, and Meghan Reinks, along with Mills Entertainment (which produces live, influencer-driven events for the likes of Okaley, The Dolan Twins, and many more) and Hollywood agency CAA (which represents Ariel) and launched in the summer of 2016 with the weeklong #bestcampever where Oakley and Mota took on the role of counselors.

Tubefilter’s very own teenaged contributor attended the very first Camp17 event and had a blast. You can check out here coverage and interview with her famous counselors right here. Another testimonial came to us by way of Laura Sherman, who’s daughter Bunny attended #bestcampever, too, and had a similarly positive experience:

Bunny had an outstanding experience at #bestcampever! We could not have asked for anything better than what she received. Bunny is a painfully shy teenager and overnight camp for a week without her friends or family was an enormous step for her. She did phenomenal! She opened up and made best friends with her bunkmates who she is still in touch with.  Bunny excelled in the fun department with her friends and counselors. For Bunny to open up to her counselors was another great accomplishment for her. Tyler Oakley was especially kind and understanding of Bunny and I greatly appreciate his efforts. She came out of her safe bubble and had the best time of her life. Today, she is more independent, more assertive, and makes friends easier than ever before. #bestcampever gave Bunny more in lasting friendships, fun, and confidence than we expected.

And here’s a video promo from Camp17 that will give you some more insight into the experience.

“Last year’s launch of Camp17 exceeded our expectations,” said Mills Entertainment Founder and CEO, Michael Mills. “The talent, campers and parents were all thrilled with the program, and we knew we needed to continue growing this community.”

Mills believes Martin is the perfect individual to help fuel that growth. “Ariel is impressive. She is a leader on a quickly emerging platform and also encompasses a relatable, family-friendly nature that aligns perfectly with Camp17,” he explained. “We are drawn to talent that echo the fun and safe environment of camp, and are committed to bringing a new experience to their fans. Ariel is all of these things.”

There’s only 150 spots for 10 to 17 year-olds for Martin’s Creator Camp. Interested parties can head to GoCamp17.com for more information and to claim their spot.