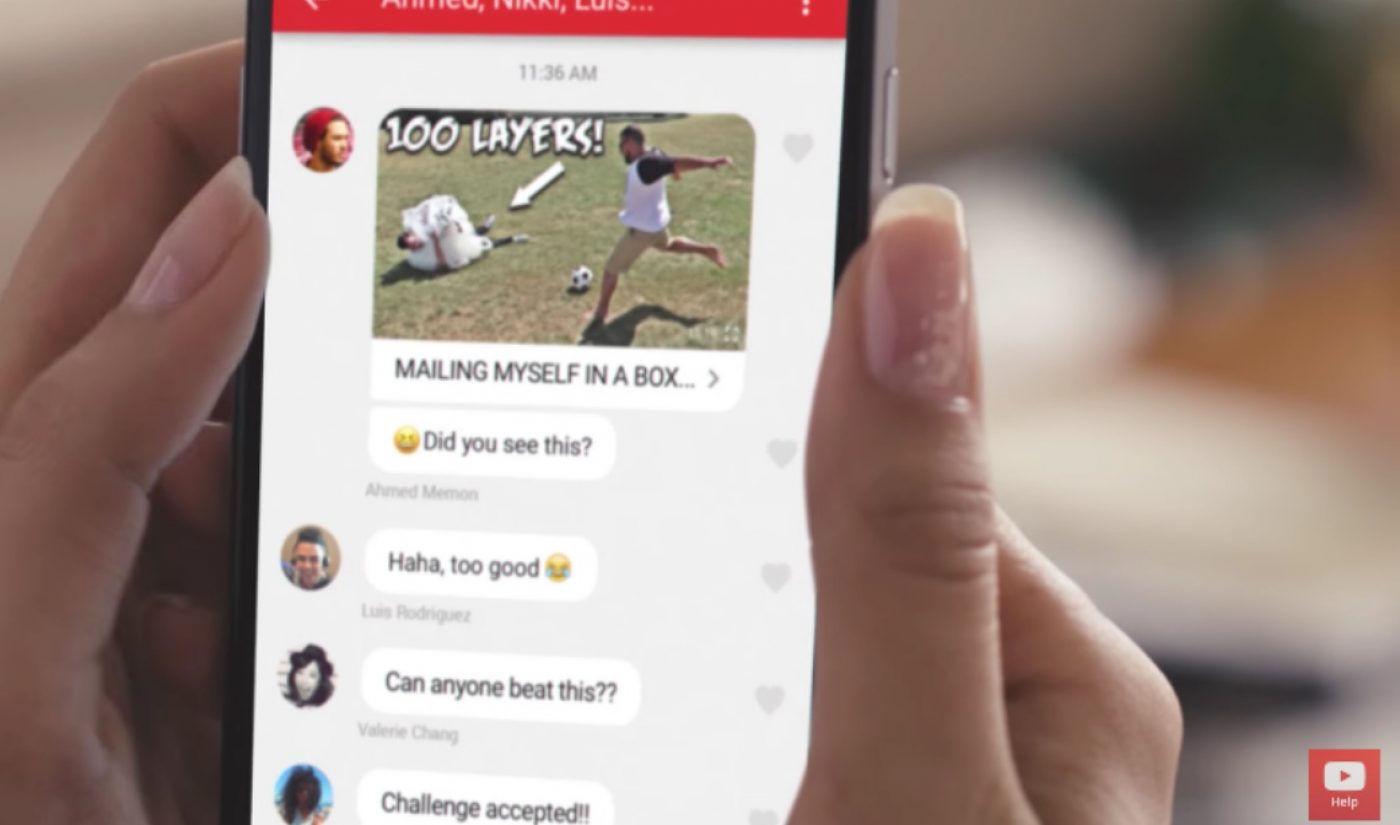 A new YouTube feature that will help the video site keep pace with chief competitor Facebook is now available north of the border. A messaging platform built into the YouTube mobile app can now be accessed by the company’s Canadian users.

With the messaging feature, YouTube users can share their favorite videos with friends while appending those shares with whatever sort of personal message they wish to add. In addition, messages can be sent even if they aren’t linked to videos, giving YouTube’s new feature the same basic utility as Facebook Messenger and other text-based chat apps. I’m not sure why anyone would choose the YouTube app messenger for discussions that don’t have to do with YouTube videos, but stranger things have happened.

The YouTube app messenger has been in the works since at least May 2016, when a few select users received the chance to test it out. By bringing the feature to Canada, YouTube is offering it to a community known for its sharing habits. “We wanted to start with Canada because Canadians are sharing 15 per cent more videos than the average user, so it’s interesting to see this is actually a behaviour that happens more in Canada,” Google product manager Shimrit Ben Yair told Canada’s Financial Post. “We launched this feature as an experiment last year (to a small group) and now we are rolling it out worldwide.”

There’s no word yet on when the messenger will become available in the United States, but TechCrunch notes that Canadians can invite friends from all over the globe to chat with them. Have I ever mentioned how much I love hockey?