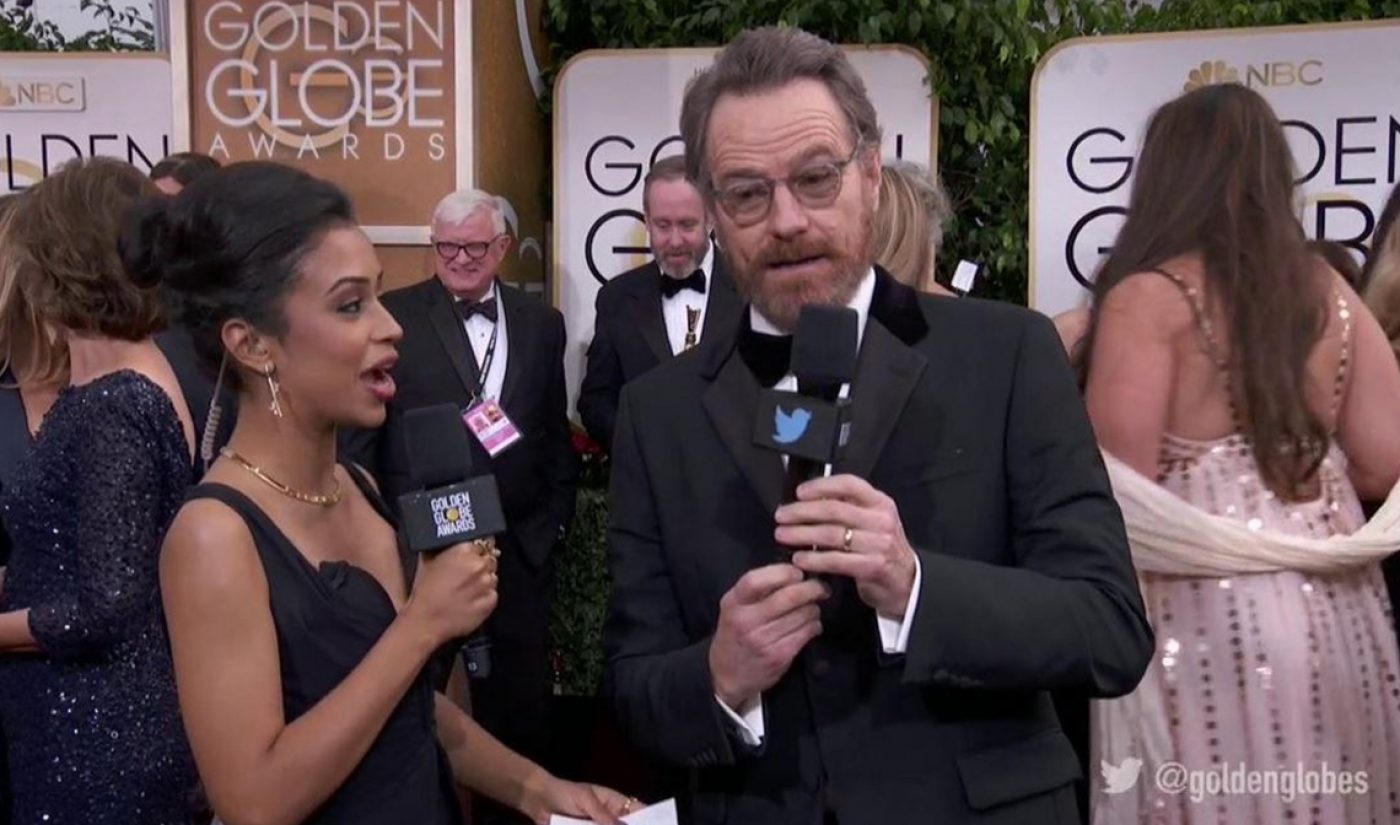 Twitter’s two-hour live stream of the Golden Globes red carpet, co-hosted by social media phenomenon Liza Koshy, turned out to be a ratings success for the platform as it looks to expand its live video offering.

The pre-show broadcast was viewed by 2.7 million Twitter users, according to AdWeek — which is only slightly less than the more than 3 million viewers that tuned in to Twitter’s most recent Thursday Night Football stream. Twitter collaborated with the Hollywood Foreign Press Association (HFPA) and Dick Clark Productions (DCP) on the red carpet broadcast. [Full disclosure: Dick Clark Productions, which produces the Golden Globes, also co-produces the Streamy Awards alongside Tubefilter.]

Check out Koshy’s chat with the actress Gina Rodriguez from the broadcast right here:

.@HereIsGina talks about how excited she is to be nominated at the #GoldenGlobes tonight. pic.twitter.com/VuqExZEGDI

Koshy, who recently starred in the YouTube Red holiday feature Jingle Ballin’, was joined on the carpet by co-hosts AJ Gibson, Jeannie Mai of The Real, producer Scott Mantz, and comedian Yvette Nicole Brown. Fox, Cigna, Whole Foods, and HBO all served as advertisers during the broadcast, AdWeek reports, with marketers seeing 10 times more impressions than they were initially promised.

This year’s Golden Globes were also the most tweeted-about ever, with 4.7 million mentions, according to AdWeek — up from 4.4 million tweets last year. This was largely driven by the actress Meryl Streep’s much-buzzed-about anti-Trump speech while she accepted the Cecil B. DeMille Award.