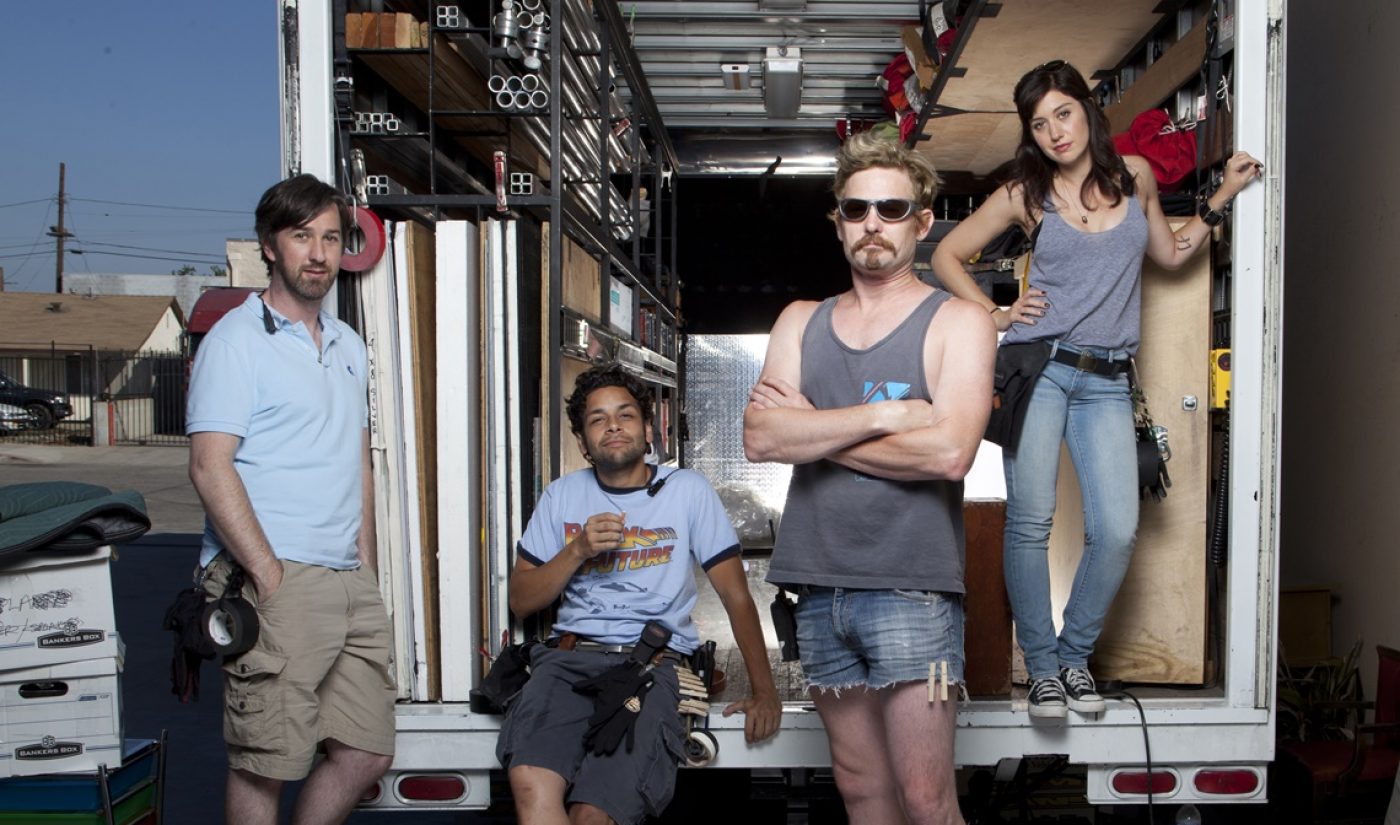 There have been an uncountable number of web comedies about show business, but there’s still room for fresh new content in that genre, especially when it delivers its jokes from a fresh point of view. Grip & Electric, directed by Kerry Harris and co-written by Harris and Andrew Burlinson, accomplishes exactly that. Through the eyes of detached, sardonic crewpeople, it satirizes the excesses of the film and TV industries to great effect.

The six episodes of Grip & Electric take place on a music video set run by the zany helicopter parent of an eye-rolling teen starlet and crewed by our intrepid heroes. The personalities of the show’s cast range from laconic to high-strung, but they all seem to approach their jobs with the same philosophy in mind: It’s not glamorous work, but it pays the bills.

Harris previously worked on the web series DRYVRS, which gained millions of views thanks to a maniacal turn from Macaulay Culkin. Grip & Electric has a former child actor in its cast as well: Henry Thomas, who played the lead role in E.T. His co-stars include noted voice actress Janet Varney and Burlinson, a TV vet in his own right. The experience of the cast is evident, and they script they’re working with flows with a snappy rhythm. Put everything together, and Grip & Electric is a well-made little web series.