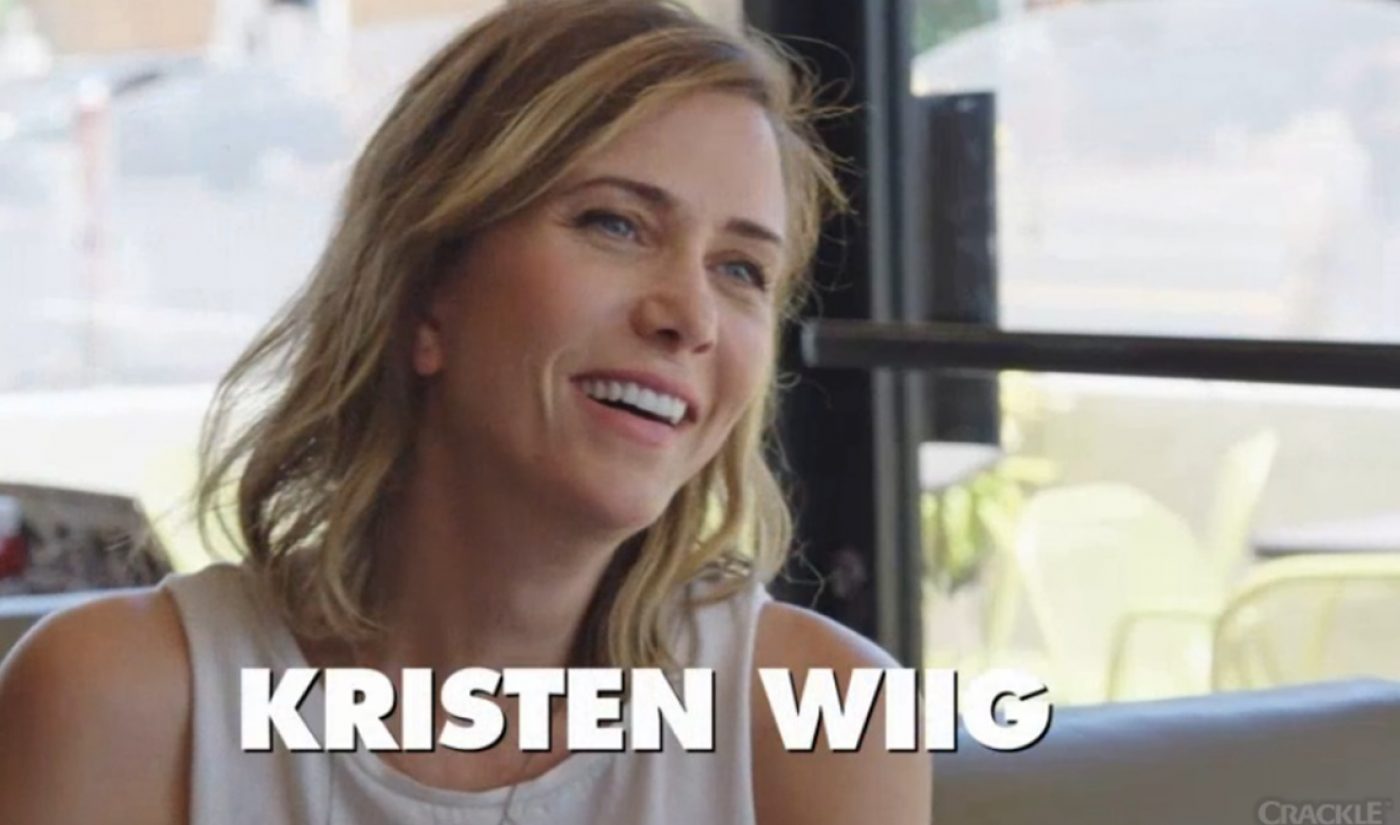 Comedians In Cars Getting Coffee is back for its ninth season, and for better or for worse, it is relying on the same formula that has brought it this far. The first of six new episodes in Jerry Seinfeld’s web series features a conversation with Kristen Wiig and is known available through Sony Pictures Television’s Crackle platform.

As has become the typical routine for Comedians In Cars episodes, Seinfeld picks up Wiig in a 1964 Volvo (which pays homage to her Scandinavian heritage) and takes her out for a cup of joe. Across the video’s 17-and-a-half-minute runtime, the jokes, stories, and anecdotes fly fast and free, with Seinfeld and Wiig establishing a nice rapport.

In previous seasons, I’ve recommended Comedians In Cars based on a simple premise: If you like Seinfeld’s guest for any particular episode, you’ll probably enjoy the resulting conversation. This time around, Wiig, Bob Einstein, Cedric the Entertainer, Christoph Waltz, Lewis Black, and Norm Macdonald are all slated to ride shotgun, so plan your viewership accordingly.

The only mystery left when it comes to Comedians In Cars is whether it will return for a tenth season. After a huge 2014 renewal deal picked the show up through 2016, it is now running on a season-by-season basis. But let’s be real — this program is the cornerstone of Crackle’s original content library, so unless Seinfeld is no longer interested in his digital gig, we’re willing to bet on more Comedians In Cars in the future. Until then, the ninth season can be found on Crackle’s apps and on its website.