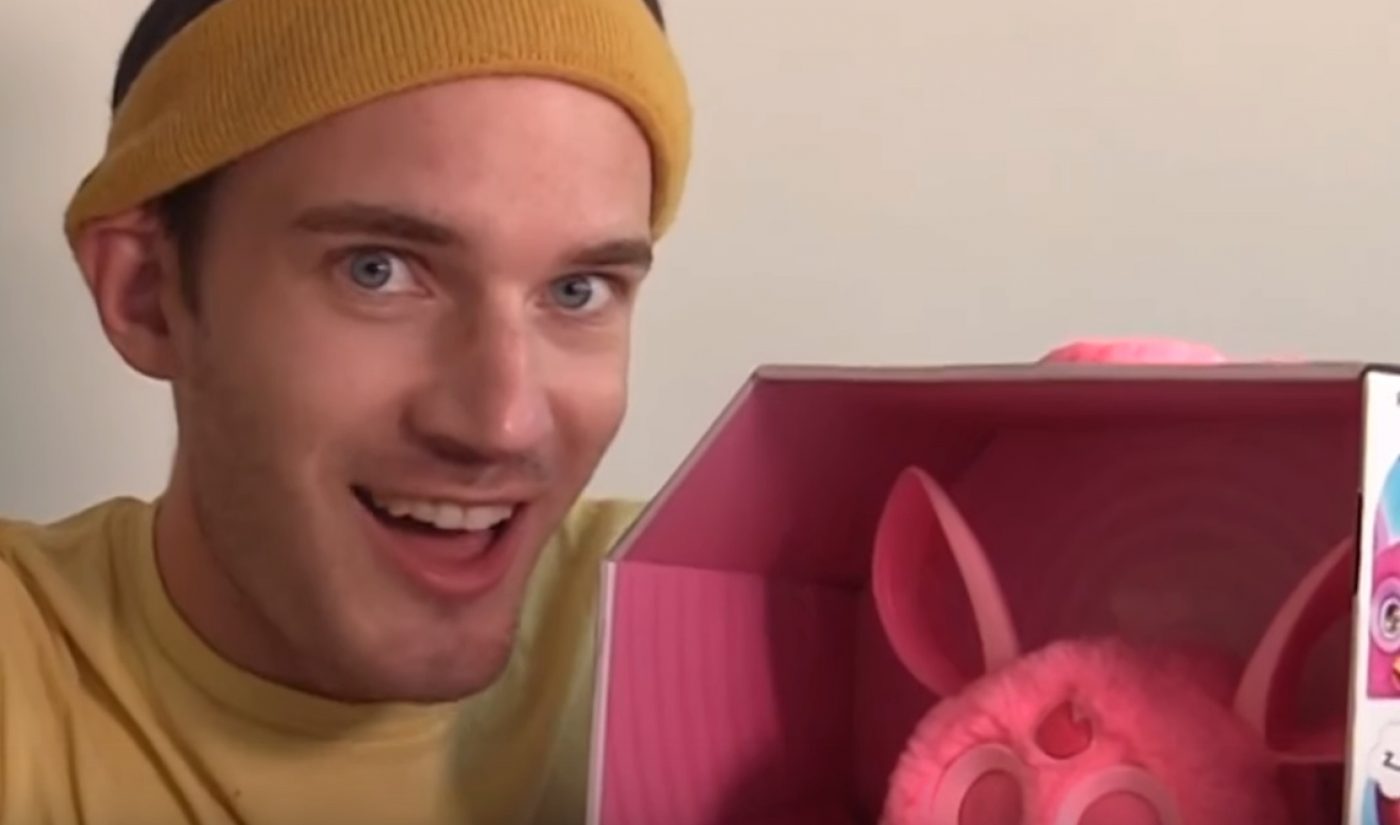 Felix ‘PewDiePie’ Kjellberg, YouTube’s most-subscribed star by a longshot, just caught wind of a fast-growing competitor named Ryan Toys Review, and he’s none too pleased. The children’s channel — headlined by a charismatic five-year-old — seemed to appear out of nowhere for many adult YouTube viewers, but continues to post gob-stopping numbers. For twenty weeks in a row and counting, for instance, Ryan Toys Review has been the most-viewed YouTube channel in the U.S. — with 182.2 million views last week alone.

Tubefilter noted the Ryan Toys Review phenomenon in September, but when outlets like The Verge and USA Today reported on Ryan late last month with headlines like 5-Year-Old Threatens To Dethrone YouTube King PewDiePie, Kjellberg felt compelled to post a video response asserting his dominance. In the vlog (below), Kjellberg not only suggests that Ryan’s videos feel exploitative, but also accuses the channel of purchasing views.

“There’s something off about it. It’s kind of like seeing child stars on television,” Kjellberg says of the way Ryan’s parents seem to be stage-directing his sense of fun — and making a boatload of money in the process. “You know their parents are literally forcing them to do it and there’s just something sad about it.”

When we asked Ryan’s mother (who wished to remain anonymous) about the family’s ambitions, she said that the channel is largely dictated by Ryan’s whims. “Every time I tell him we’re going to film, he gets so excited,” she said. “As long as he’s loving it and it doesn’t disrupt his daily routine, we plan on continuing. But the moment he’s not having fun any more, that’s when it will be time to stop.”

Perhaps most explosively, however, Kjellberg claims that a lion’s share of Ryan’s views are coming from bots. He cites the fact that Ryan’s videos boast a relatively small number of likes and comments (many of which are nonsensical jumble) in comparison to views as evidence that something is amiss. Kjellberg also notes that Ryan’s most-viewed video counts nearly 600 million views (below), and therefore that he should be more well-known in popular culture. “Congrats, you paid for views, and that’s how you get the title, ‘Oh, he’s beating PewDiePie’,” Kjellberg concludes.

But likes, comments, subscriptions, and viewcounts are a completely different ballgame in the realm of children’s videos, industry experts say.

Kids’ videos generally have a low engagement rate that hovers around 10%, says Melissa Hunter, the founder and CEO of Family Video Network, and star of YouTube’s popular Mommy And Gracie Show. She notes that viewers cannot comment, like, or subscribe within the YouTube Kids App, and that the nonsensical comments Kjellberg suspects are bots are “not evidence of anything other than tiny fingers on tablets and mom’s phone trying to comment but being unable to actually spell anything.”

As for Ryan’s video with 580 million views? Hunter explains that kids simply love to watch the same videos over and over again. “How many times does someone watch a PewDiePie video? Once, maybe twice if it was really funny. Not dozens of times like a toddler or pre-schooler will.” Hunter also says the fact that Ryan was one of the first Asian children to have a toy review channel in America has given him massive crossover appeal. “PewDiePie and others who are quick to claim botting need to take a look at Ryan and his family and realize that there are way more children on this planet with mobile devices and tablets who look like Ryan than there are young white men in their 20s.”

Hunter does, however, share Kjellberg’s concerns about child exploitation. “I agree with some of the points PewDiePie makes,” she says. “It’s something that I am very concerned about in our industry.”

YouTube, for its part, told Tubefilter that ensuring the authenticity of viewcounts is a top priority across the platform. “We take action against views generated in a manner that is not compliant with our policies, including attempts to artificially inflate video viewcounts by third parties,” a company spokesperson said. In 2014, the company began “periodically auditing the views a video has received,” in order to clamp down on fraudulence. Offending parties can see their videos removed or their accounts suspended, according to the company.