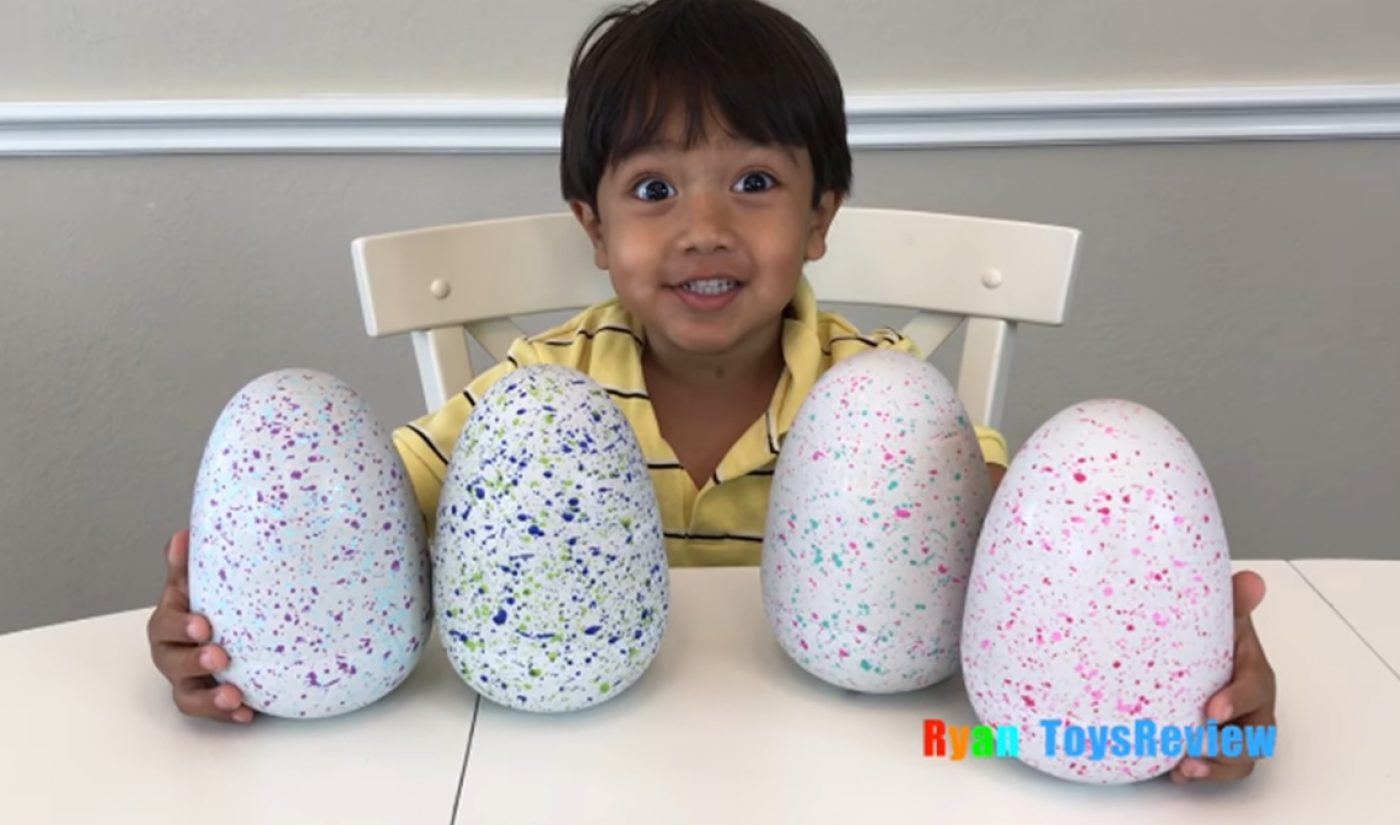 I am not a kid and don’t have kids, but the Internet tells me that Hatchimals, from Spin Master, is the toy craze of the holiday season. Each Hatchimal comes within its own egg, from which it slowly emerges as its owner takes care of it. The toy’s massive sales have created a scarcity that has driven up prices on the secondary market.

How did Spin Master achieve such a hit? If you ask the company’s employees, YouTube played a huge role. In an interview with Money, Spin Master co-founder Anton Rabie said a lot of the credit for the Hatchimals craze belongs to the YouTube unboxers who played with the toy shortly after its launch. In a separate piece in Canadian newspaper The Globe and Mail, Spin Master head of robotics James Martin noted that the Hatchimals design was partially inspired by those same unboxers.

Hatchimals launched at an event on October 7th, but the toy began to pick up steam when several of the unboxing community’s most prominent children played with Spin Master’s new toy on camera. On October 7th, Tiana from Toys AndMe showed off her new Hatchimal on her channel. Three days later, Ryan of Ryan ToysReview opened up the toy for himself.

It’s not hard to see how those two videos alone, which together have been viewed more than 8.6 million times, have impacted the sales of Hatchimals. Many commenters noted they had not seen the toy in action before finding it on the channels of their favorite unboxers. “We had an official unboxing event, and then it really started to gather phenom status about mid-October, when all these YouTube and unboxing videos launched,” Rabie told Money.

In 2016, it shouldn’t be a surprise that unboxing videos played a big role in the promotion of a new toy. What’s more surprising is how YouTube influence the design of Hatchimals. “We were talking about that one day and how magical that is,” said Martin in regard to the feeling of opening a toy out of a box, “and we said, ‘Wouldn’t it be cool if instead of you opening it, it opens itself? And that evolved into, ‘Wouldn’t it be cool if we could actually make something that could hatch itself out of an egg?’”

Spin Master was always a likely candidate to recognize the power of unboxing videos, given its own presence on YouTube; in 2015, it teamed up with Mondo Media to launch its own channel. Still, for the Toronto-based toymaker to actually score such a big hit with a YouTube-inspired design is significant. It tells us that, going forward, we should expect the unboxing community to play a huge role in shaping the toys that become holiday season hits.