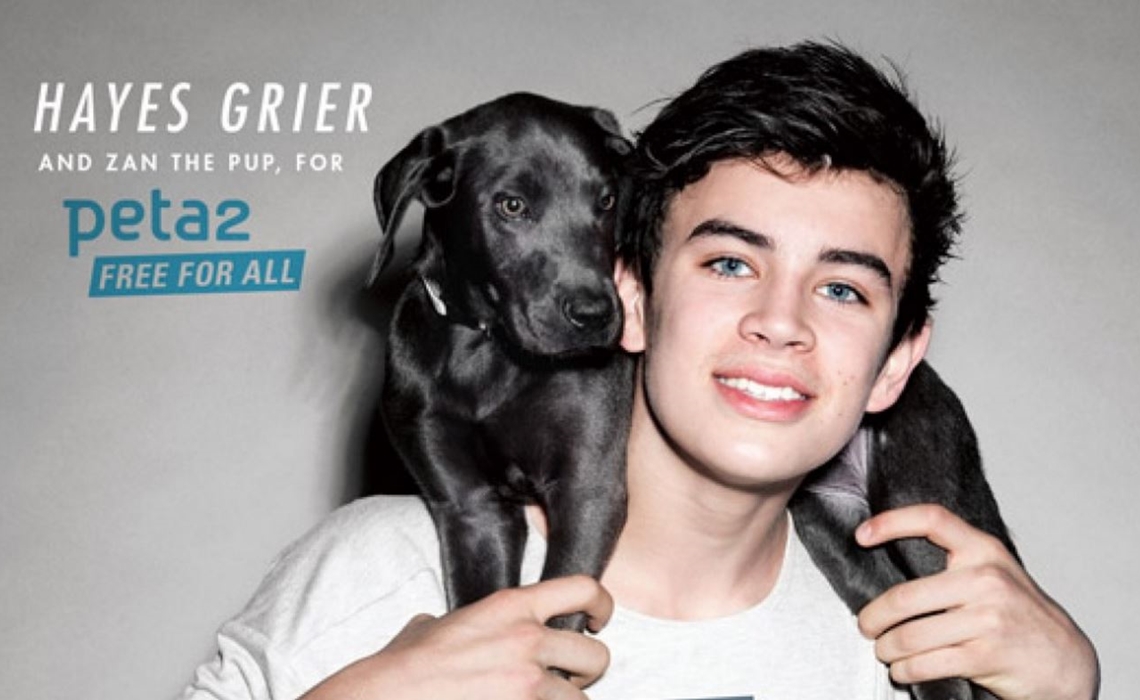 Renowned animal rights organization PETA (People For The Ethical Treatment Of Animals) recognized two online creators for their commitment to the cause. Peta2, the organization’s youth division, celebrated YouTube star Kalel and Viner Hayes Grier with its 11th Annual Libby Awards, which recognize the brands, celebrities, musicians, and companies that were most committed to animal welfare in 2016.

Kalel, who starred in an anti-down campaign (below), won the award for Best peta2 Ad, while Grier, who also created a pro-adoption print ad in collaboration with the organization alongside his new puppy, Zan, won the Best Use Of Internet Stardom For Animals award.

“Today’s hottest stars don’t hesitate to take time out from judging a hit television show or hosting a popular web series in order to speak up for animals,” said peta2 senior director Marta Holmberg in a statement. “Peta2 is recognizing Miley Cyrus, Kalel, Hayes Grier, and other celebrities who are encouraging fans to eat vegan, shop cruelty-free, and more.” Other Libby nominees in the social media realm included Grier’s brother, Nash Grier, identical twins singing duo Nina And Randa, and vlogger Ricky Dillon in the Best Use Of Internet Stardom For Animals category. You can check out the full list of Libby Award winners (which stands for ‘animal liberation’) right here.