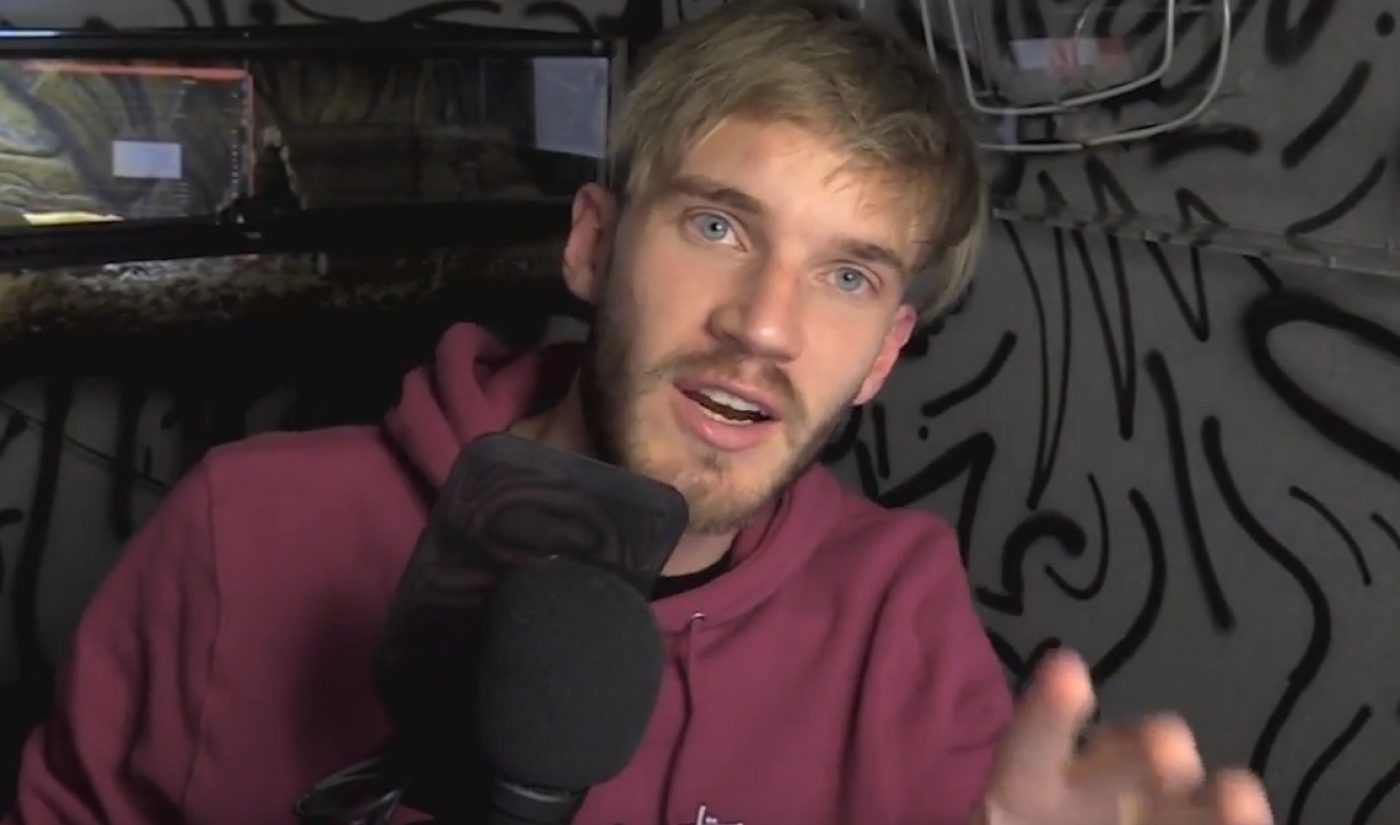 Well that was fast.

And, as of the time of this writing, the PewDiePie YouTube channel still exists, though not for long. Kjellberg just tweeted he’s going to delete his channel at 5PM GMT (12PM ET) on Friday, December 9, 2016.

My initial guess was that the channel would survive at least throughout the weekend. That’s because Kjellberg has previously planned and already announced a fundraising live stream set for broadcast on YouTube.com/PewDiePie. The event is dubbed Cringemas, will feature a handful of Kjellberg’s friends and fellow YouTube stars (including Markiplier, Jacksepticeye, KickThePJ, and Cryaotic) soliciting donations for the HIV/AIDS-fighting charity (RED), and will exist across two four-hour events set to stream on Friday, December 9 and Saturday, December 10 from 1PM ET to 5PM ET.

But it now looks like PewDiePie might use the deletion of his channel to drive viewers to a new destination and drum up some publicity and attention for his charitable efforts. If there’s one of many things we’re certain about Kjellberg, it’s that the guy really likes giving back.

This whole hullabaloo started when Kjellberg vowed to delete his channel on December 2, 2016 after voicing his frustrations with the current state of YouTube. Namely, something’s up with the video sharing site’s algorithm that’s accounting for a 30% to 50% drop in views for a lot of creators and YouTube is seemingly not providing very satisfying reasons as to why. Kjellberg also said he’d rather start over and build up a smaller, more engaged audience than have a massive subscriber base where each video only receives views equal to roughly 4% of those subscribers. (At about 50 million subscribers, the channel is still seeing a rough average of two million views per video, which equals out to 4%.)

No word yet on what would happen to PewDiePie’s massive content library if he does go through with deleting his channel, though members of his Bro Army are doing their best to save it.

Kjellberg is spending at least some of the next several hours celebrating before putting his channel out to pasture. Here is the dude dabbin’ in front of some fireworks.