Why Are YouTube Views Dropping? PewDiePie Thinks Suggested Videos Are To Blame. 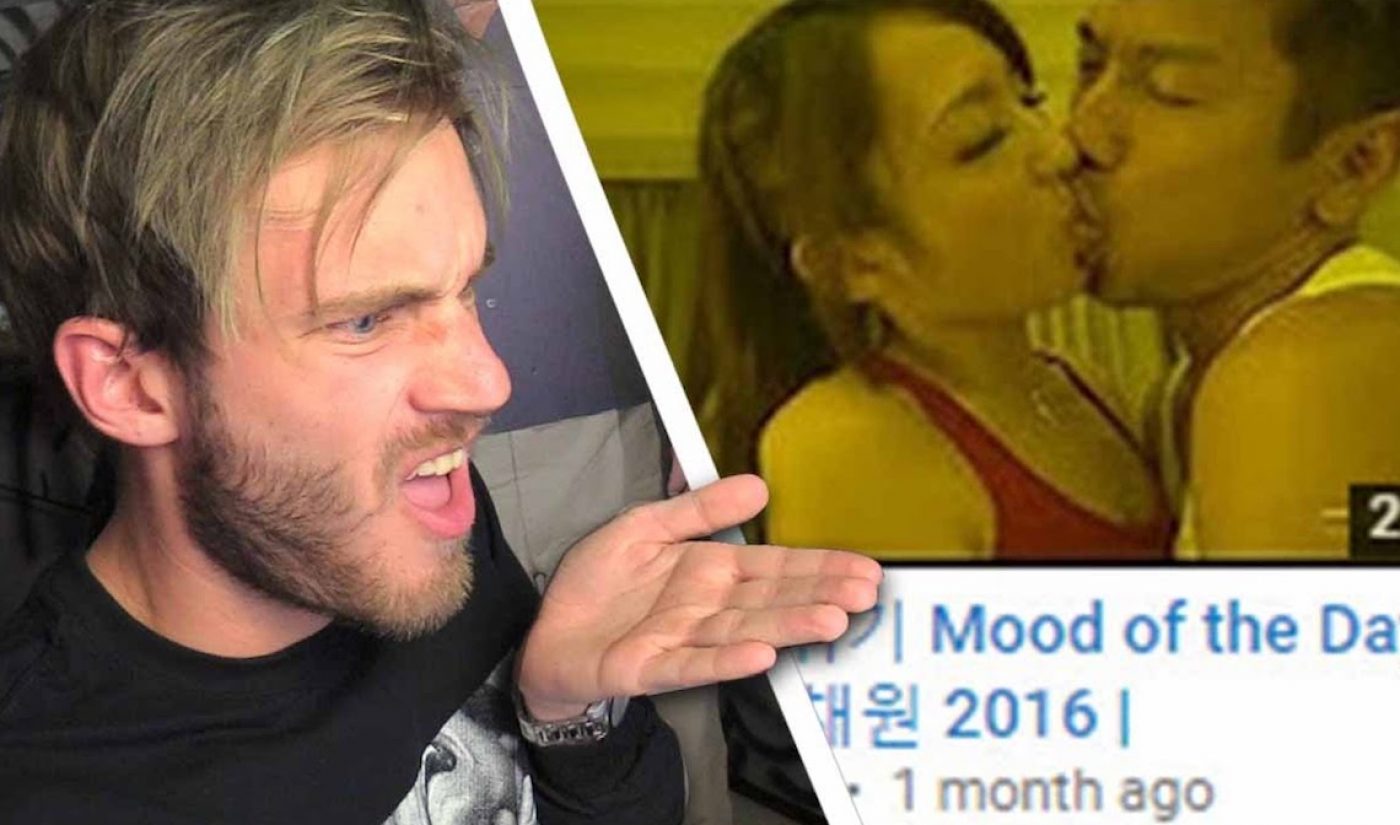 YouTube drama continues. That’s nothing new, though. When you’re the largest video sharing site on the planet and have fostered an environment and culture where individuals are encouraged to speak their mind about issues ranging in importnate from pithy to awkward to mundane, you’re bound to receive a lot of criticism (both positive and negative) at even the hint of a perceived change or issue of concern. What makes this drama different than others, however (unlike like the drama over YouTube drama), is that it’s directly affecting the livelihood and dollar figures in the checks received from YouTube by creators both big and small.

YouTube creators across the board in terms of genre, size, and prolificity are seeing significant subscriber losses and drops in viewership on recent videos of up to 30% or 40%, and sometimes even 50% or more. Ethan Klein of h3h3productions gave a voice to the issue many of his peers are facing last week by way of an eight-minute-and-five-second video, in which he discusses how many of his subscribers are complaining they’re not receiving his videos or have somehow been mysteriously unsubscribed from his channel. Klein also states it’s, “Time for YouTube to be upfront with us and tell us what’s going on.”

It’s a sentiment shared by a lot of fellow creators. Since the h3h3productions video, a cavalcade of prominent YouTube personalities and burgeoning creators have expressed their concerns and given their thoughts on WTF is going on.

Here’s JackSepticEye (the incredibly popular Irish gamer with more than 13 million subscribers) on the YouTube changes he’s observed and how the site’s seemingly rewarding a type of clickbaity content with potential for massive engagements:

@alpharadtv @pewdiepie me too. YouTube is deleting active subscribers. I’ve got so many messages about this problem.

Here’s another gaming channel, theDeModcracy (with just about 100,000 subscribers) on his decrease in views in the past month:

@pewdiepie Views down nearly 30% this month and many subscribers have told me they aren’t seeing my vids in their feed — theDeModcracy (@theDeModcracy) December 1, 2016

Here’s some general frustration from Arden Rose (a beauty, fashion, and lifestyle star with more than 1.4 million subscribers), as well as some concerns about her own subscriptions.

Is anyone else being unsubbed from the youtubers you watch? I noticed a bunch of my favs were gone and replaced with channels I never subbed https://t.co/Z1AusJzdxq

Here are a few more, bringing a little bit of (kind true, kinda sad) levity to the situation:

Every YouTuber that bought a lambo is starting to sweat now — pewdiepie (@pewdiepie) November 30, 2016

Here’s SwankyBox (a “video game analysis, nostalgia, and creative motivation” channel in possession of just about 100,000 subscribers) with an in-depth look at what the problem might be (including some thoughts on “negative velocity”):

Countless more examples of subscriber and view losses and thoughts on how it’s happening can be found after a quick search on YouTube and/or Twitter. But one thing remains the same. No one’s still quite sure what’s going on.

Here are some theories:

This is part of YouTube’s Subscriber Audits

YouTube is a massive site with over a billion users who watch hundreds of millions of hours worth of video every day. It’s hard to keep track of all those users to ensure they’re actual individuals and not simply fake accounts meant to increase a channel’s metrics. So, YouTube routinely conducts audits to remove the inactive and spam accounts, which could account for the drop in subscribers seen by some channels.

FYI, these are the two cases to consider with regards to “inactive accounts” as explained by a YouTube representative:

The YouTube representative also explained that if you have a YouTube account in good-standing, you will not be automatically unsubscribed from any channels, even if you haven’t watched a video or otherwise interacted with that channel for an extended period of time.

This is part of YouTube’s Views Audits

For the same reasons noted above, YouTube routinely audits views, too. So, maybe that’s to blame for at least part of the losses seen by some channels.

This is because of an increase in YouTube Pre-Rolls

We’re right in the middle of Q4, which is typically a time of year in which advertisers dramatically increase their online video advertising spends in order to entice individuals to purchase their wares during the holiday shopping season.

That means ad inventory is in extremely high demand. And “when more advertising is present on YouTube, more pre-roll (skippable and non-skippable) is being served,” explained Matt Gielen, Founder of YouTube “audience building agency” Little Monster Media Co. “If throughout the year on average we see about a 10% – 20% pre-roll fill, at this time of year we’re seeing 30%+. That might not seem like a lot but it can be as high as 50%

So, maybe an increased ad load is to blame for some of the perceived losses.

YouTube’s Suggested Videos are Broken and/or something changed

As stated above, YouTube is a massive site with billions of users, millions of active creators, and thousands of individuals and companies who call it their full-time job. It’s very tough to gain insight into what may or may not be occurring on a macro, site-wide scale because each individual channel makes up such a small portion of the platform’s overall viewership.

Rather, it’s very tough to gauge the situation if you’re not PewDiePie, a channel with nearly 50 million subscribers and hundreds of millions of views per month. With those kinds of stats, the PewDiePie channel can theoretically provide a more accurate assessment of what’s happening on all of YouTube. And lucky for everyone involved, PewDiePie’s creator Felix Kjellberg is more than willing to share his at least some of his data analysis.

In his most recent upload, Kjellberg identifies what he believes to be the culprit. And it’s Suggested Videos.

Kjellberg states how most creators get roughly 50% of their views on the platform from the Recommended Videos and Suggested Videos sections of the site, regardless “if you’re a big channel or small channel.” So, those two sources are incredibly important for a creator’s overall view count. Kjellberg further explains that on any given video he uploaded to his channel prior to November 2016, that specific video would receive around 60% of its views from Suggested Videos. That percentage, however, plummeted on videos uploaded in November 2016, where his individual videos saw 0.7% and 0.2% of their views coming from the Suggested Videos feature.

Those are facts. And Kjellberg shows you the numbers on screen. He then continues with his theory as to why this is happening. Kjellberg believes his new uploads aren’t “qualifying” as Suggested Videos and losing out on that valuable real estate to other, more clickbait-y (and NSFW) kinds of programming. Check it out:

There’s been no official update or response to Kjellberg’s theories, but he does seem encouraged by whatever personal response he’s received from YouTube.

YouTube has responded and are digging into the issues.
🐸👏💯

If you have a YouTube channel and you’re experiencing similar issues to the ones outlined above (or you’re not experiencing them at all), please let us know in the comments below. We’ll keep following the story as more news develops.