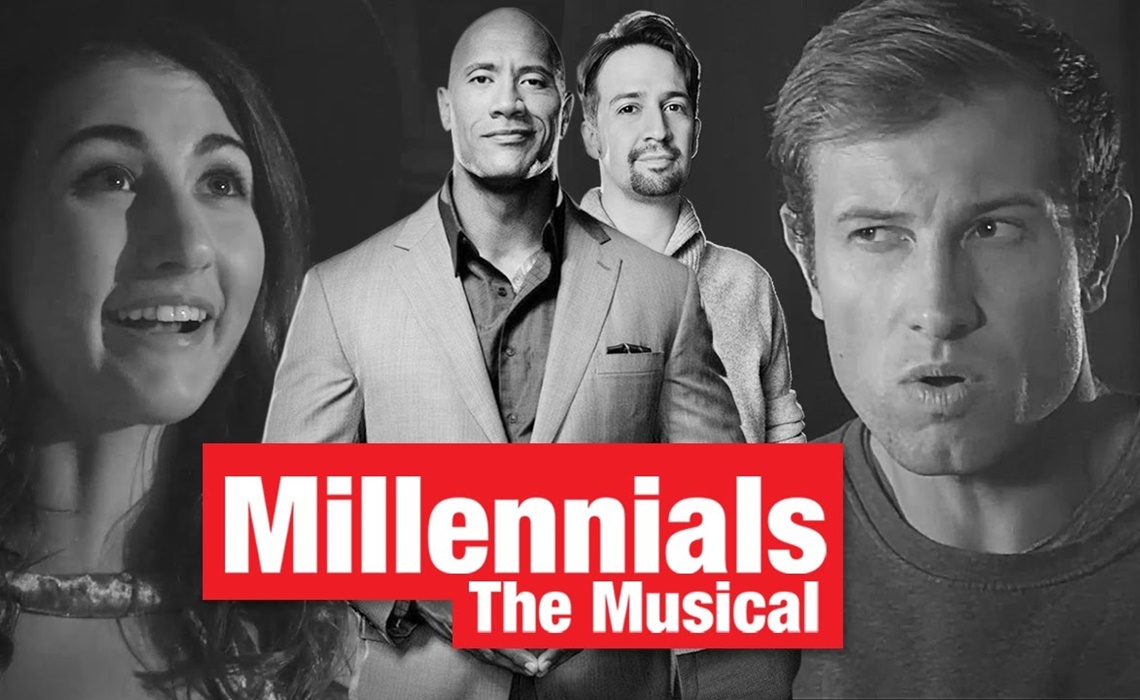 Dwayne “The Rock” Johnson and Lin-Manuel Miranda are two of the most likable stars in the entertainment business and collaborative partners for the successful new movie Moana. What’s next for Hollywood’s most charming duo? Apparently, it’s a mini-musical about millennials, with YouTuber Meg DeAngelis in the starring role.

Johnson and Miranda have grabbed all the headlines related to Millennials: The Musical, but at the same time, the creative talent associated with Millennials consists mostly of up-and-coming artists, many of whom have ties to the online video community. The project’s director, Scott Brown, is known for web series like Blue Movies and Destroy The Alpha Gammas. Sonya Belousova, who co-wrote the music and lyrics, is the force behind the keys for Player Piano. DeAngelis, the star of Millennials, has 5.5 million subscribers on her YouTube channel, and many other creators (including Flula, who has a small role) join her in the cast.

Millennials is one of the most interesting fusions of Hollywood star power and digital media creativity we’ve seen so far. The question is, how good is it? DeAngelis portrays a young city-dweller who seems to exist solely to spout off cliches about people in their twenties; that being said, the music is a lot of fun, and there’s plenty of entertaining choreography to be had across Millennials’ 14-minute runtime.

Johnson has made himself an active member of the YouTube community since launching his channel earlier this year, and it’s good to see him using his influence that give the next generation of creators the attention they deserve. For more Millennials, you can head over to Belousova’s channel on Soundcloud, where the project’s soundtrack is currently available.