Facebook Spent $16.4 Million In A Month To Advertise Its Live Video Platform 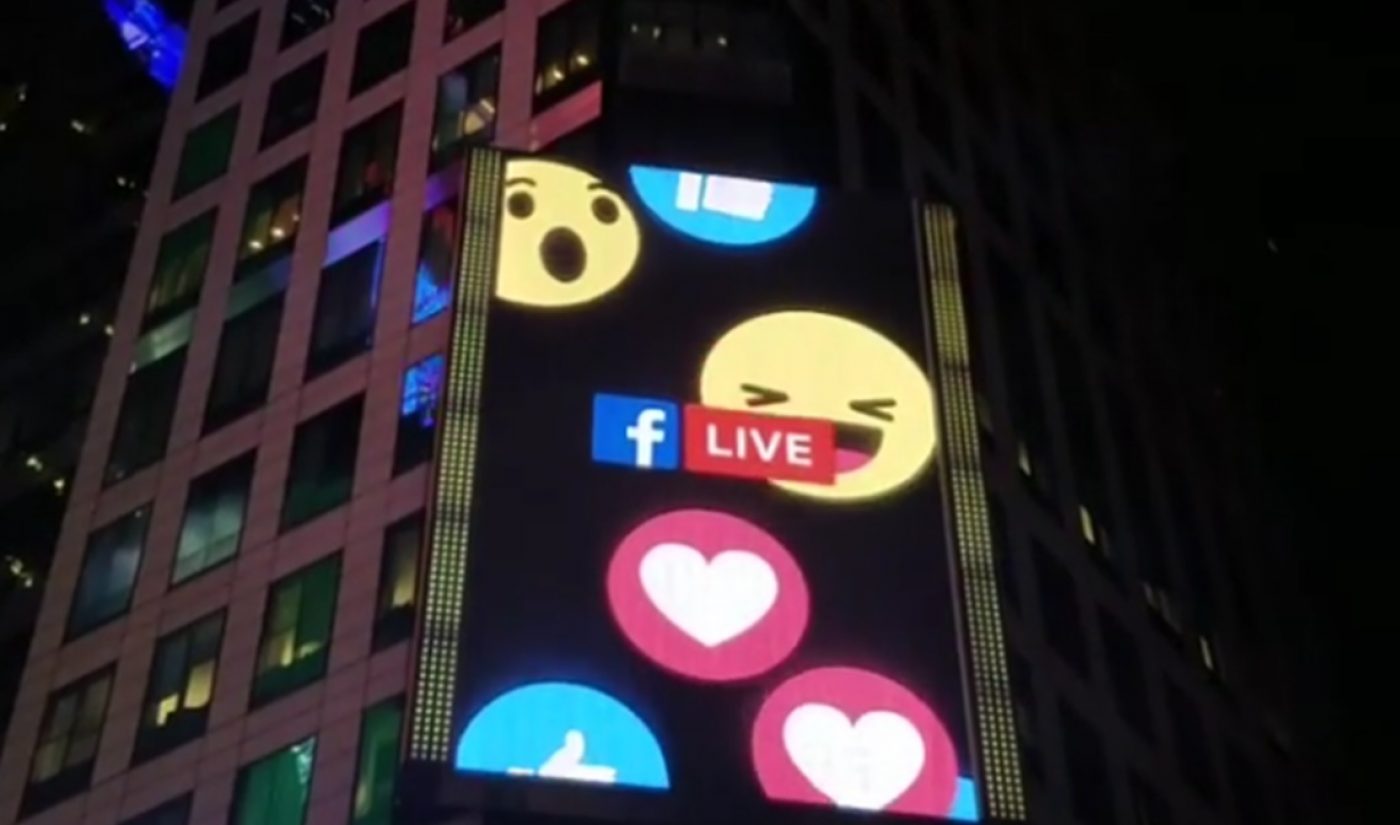 In case Facebook hasn’t made its strategy clear by now, let this article serve as the latest reminder that the social media giant really, really wants its users to check out live video. According to a report from Digiday, Facebook’s latest ad campaign for its live platform has cost $16.4 million since its October launch.

If you’ve watched a lot of TV over the past 30 days, you’ve probably seen one of the ads in question. As Adweek noted last month, he campaign launched its first wave of spots on October 24th before transition to a new set of ads (based around the idea of teaching viewers how to use Facebook Live rather than building their awareness of it) two weeks later. The commercials aired, among other places, during broadcasts of major sporting events like the World Series and nationally-televised football games. Facebook also rolled out billboards in support of Facebook Live, including this snazzy number in New York’s Times Square:

The $16.4 price tag for the recent campaign eclipses the $14.1 million Facebook spent on advertising during the first six months of 2016, according to Digiday. That massive spend comes on top of the existing payouts Facebook has offered to high-level influencers who agree to use its live platform. The social media giant has also encouraged its Live partners to launch their own advertisements, further its already-huge investment in its streaming platform.

Has Facebook’s campaign delivered results to match its price? The answer is unclear, since current data about the usage of Facebook Live is not available. Facebook certainly has enough money to splash around on its big ad campaign, though it continues to face channels from popular streaming apps like Twitter-owned Periscope, Live.ly, and YouNow, as well as the live video arms of established players like YouTube. Nonetheless, Facebook does seem to be showing any signs of slowing down, so expect its marketing blitz to continue.