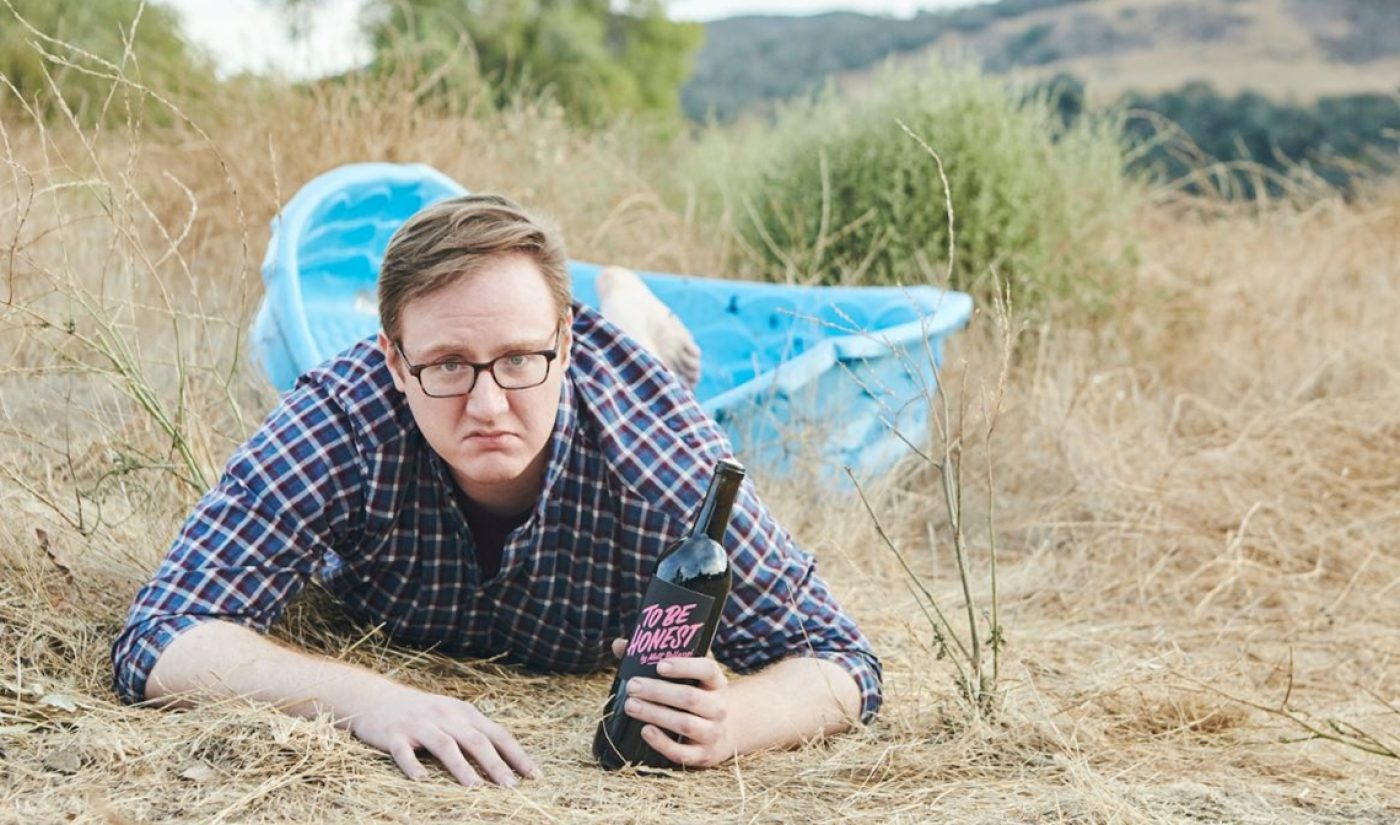 Viral star Matt Bellassai, who rose to fame through the hilarious Whine About It series on BuzzFeed, left his gig at the publisher earlier this year in order to pursue independent projects over which he’d have more creative and financial ownership. And now, Bellassai has announced his latest launch — his very own red wine blend, which he has dubbed To Be Honest.

To Be Honest is also the name of Bellassai’s recently launched web series on Facebook — the format of which is similar to Whine About It, in which the sharp-tongued host gulps down a bottle of wine and rants about various subjects, including Reasons 2016 Is The Absolute Fuckin’ Worst and Reasons Pumpkins Are The Absolute Worst. Now, Bellassai will be able to rant with his very own bottle of wine in tow — which is also on sale for $13 a pop.

Bellassai partnered with direct-to-consumer wine club company Winc on To Be Honest, which he describes as having hints of fruit and spice that’s “the perfect ending to a long day of dealing with people and all of their dumb problems. Or, you know, the perfect beginning. Have it for breakfast if that’s your thing. I don’t judge.” In the past, Winc has partnered with fashion designers Baja East, lifestyle brand Yes Way Rosé, and chef Michael Voltaggio to create their own blends as well.

And in order to promote the launch, Bellassai is currently starring in a four-part series chronicling his quest to develop To Be Honest titled The Making Of A Wine Master. Check out the first episode below:

Other endeavors from Bellassai following his departure from BuzzFeed include The Drunk And Alone Tour, in which Bellassai took his ranting on the road to 17 cities over the summer. He is also working on a scripted web series, a book, a television series, and a podcast. On Facebook, Bellassai’s central platform where he posts new episodes of To Be Honest every week, he currently counts more than 500,000 fans.