YouTube Superstar Casey Neistat Is Ending His Vlog. For Real This Time. 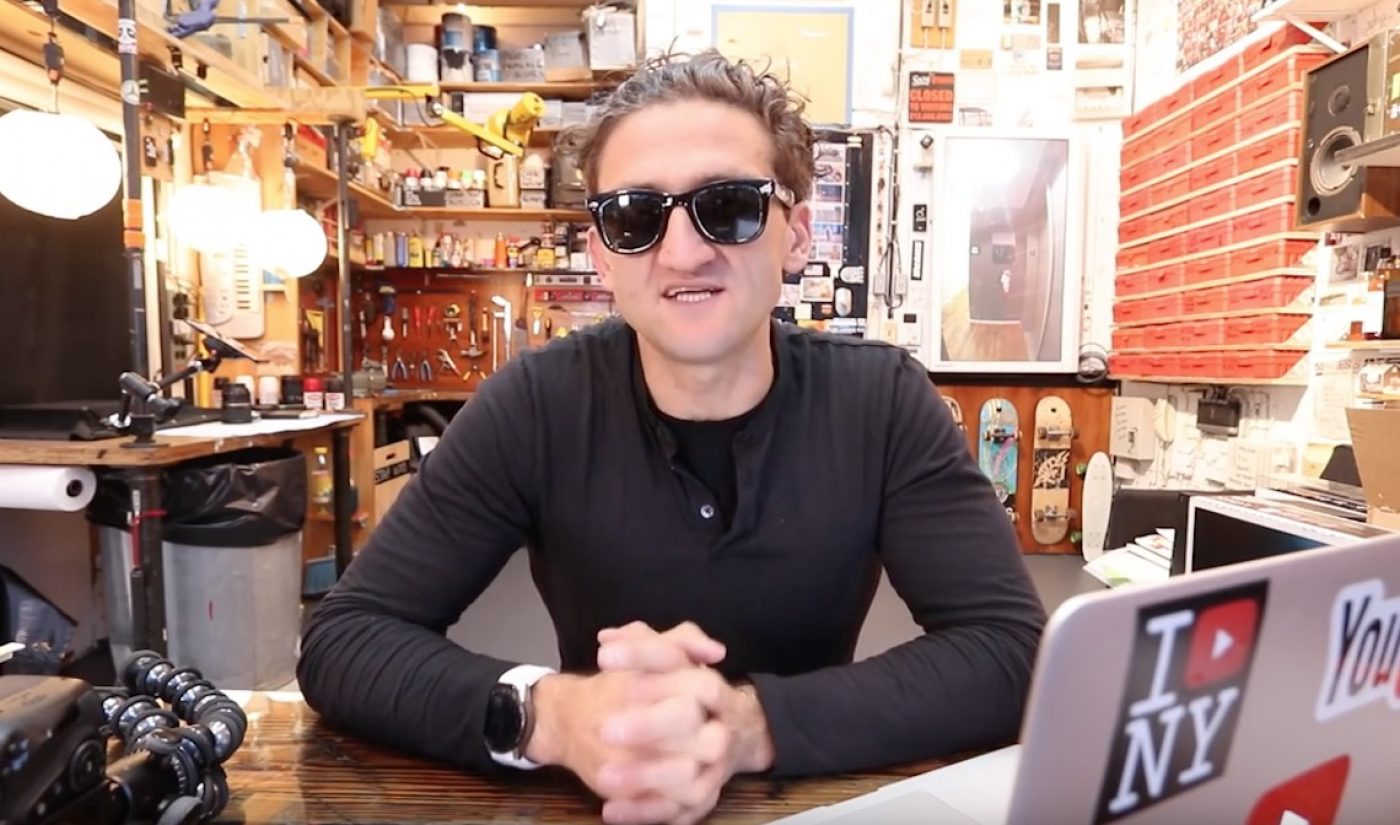 Casey Neistat is ending his YouTube vlog. For real this time.

Back on August 23, 2016, the cult-favorite-lo-fi-filmmaker-with-an-HBO-show-turned-prominent-and-prolific-YouTube-superstar-and-Streamy-Awards-winner posted a video with the title “my last daily vlog,” which was technically true, but perhaps a little purposefully misleading for reasons that include clickbait. At that time, Neistat had uploaded a video blogs to his channel for 534 consecutive days, and needed a short respite. “I need a break,” he says, amid background scenes of an Italian cruise. “I want to take this week off. Hope you don’t forget about me,” he adds, only half-joking, as taking breaks can be devastating for a YouTube vlogger’s metrics.

The internet-at-large didn’t forget about Neistat. In fact, just the opposite occurred. Because of some fortunate airplane upgrades and the filmmaker’s characteristic straightforward, honest, and optimistic-but-not-overbearing personality coupled with well-executed shots laid down on top of a St-Germain-meets-So-So-Def track, Neistat had one of his best months ever in September 2016. His channel was discovered by new audiences and received over 120 million views and tacked on over 855,000 new subscribers in the 30 days of the month.

But it was that kind of success that contributed to Neistat’s decision to end his vlog entirely.

“It’s not clickbait. I really am ending the vlog,” are the first words out of the 35-year-old’s mouth in his most recently upload, aptly titled “i’m ending the vlog”. Neistat then explains the rationale for his decision intercut by some choice scenes from videos he’s shot over the past 604 days. “When I think back to why I started this vlog, I spent so much of that time sitting here talking to you about this premise about this idea that I need to challenge myself creatively. That’d I’d gotten lazy on this platform and I haven’t been posting,” he explains. “And by issuing a mandate to post every single day I would challenge myself creatively in a way I have never done before. And that’s exactly what happened.” But after 18-or-so months of posting on an almost-daily basis, vlogging became too easy. “I found a rhythm,” Neistat says. “I found a system for approaching this daily video that was no longer a challenge.” And, if you’re familiar with Neistat’s videos then you’re familiar with Neistat’s personality traits and then you know the guy needs a challenge. So, he’s moving onto something else. “I have to kill this before I can give birth to what’s next.”

That “what’s next” is still under wraps, but rest assured Neistat isn’t abandoning the YouTube platform completely, he’s simply going to use it for “the kinds of videos that take a little thinking. The kinds of videos that take more than a day to produce.” Check out the entire video above. It’s worth a watch. Plus, there’s a pithy Tarzan analogy Neistat uses to explain the trajectory of his career. Here’s looking forward to whatever vine he jumps to next.