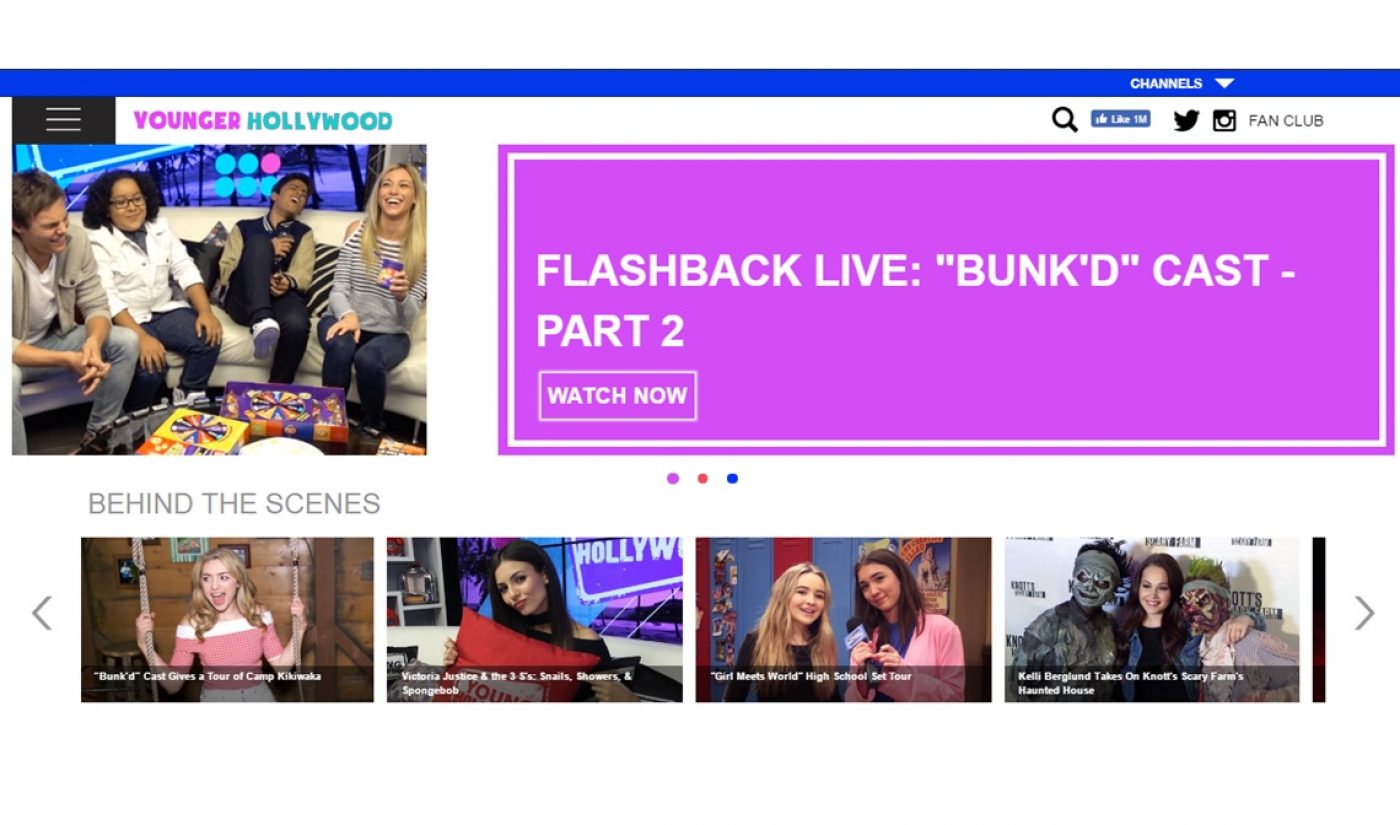 Young Hollywood is aging down. The media company, which delivers celebrity and pop culture-focused content to its viewers across multiple social media platforms, has announced the launch of Younger Hollywood, a new division that will specifically focus on mobile-first outlets like Musical.ly, Snapchat, and Instagram.

Younger Hollywood’s output, which includes interview programs and set visits, is designed to bring viewers close access to the traditional and social media stars they follow. The new division builds on Young Hollywood’s existing presence in the mobile video world. Notably, the company was one of the first to utilize Musical.ly and its sister app Live.ly, and it has seen great returns on those platforms. Back in June, just a few weeks after Live.ly’s launch, Young Hollywood had already managed to attract more than 58,000 views for individual broadcasts. Now, according to Variety, Young Hollywood is receiving more than 1.3 million views on certain Live.ly programs.

“Young Hollywood prides itself on being connected with our audience and understanding what they’re looking for” Young Hollywood Founder and CEO RJ Williams told Variety. “This brand extension marks our next phase of growth as we plan to maximize the value of our content creation through the rollout of multiple verticals in the coming months.”