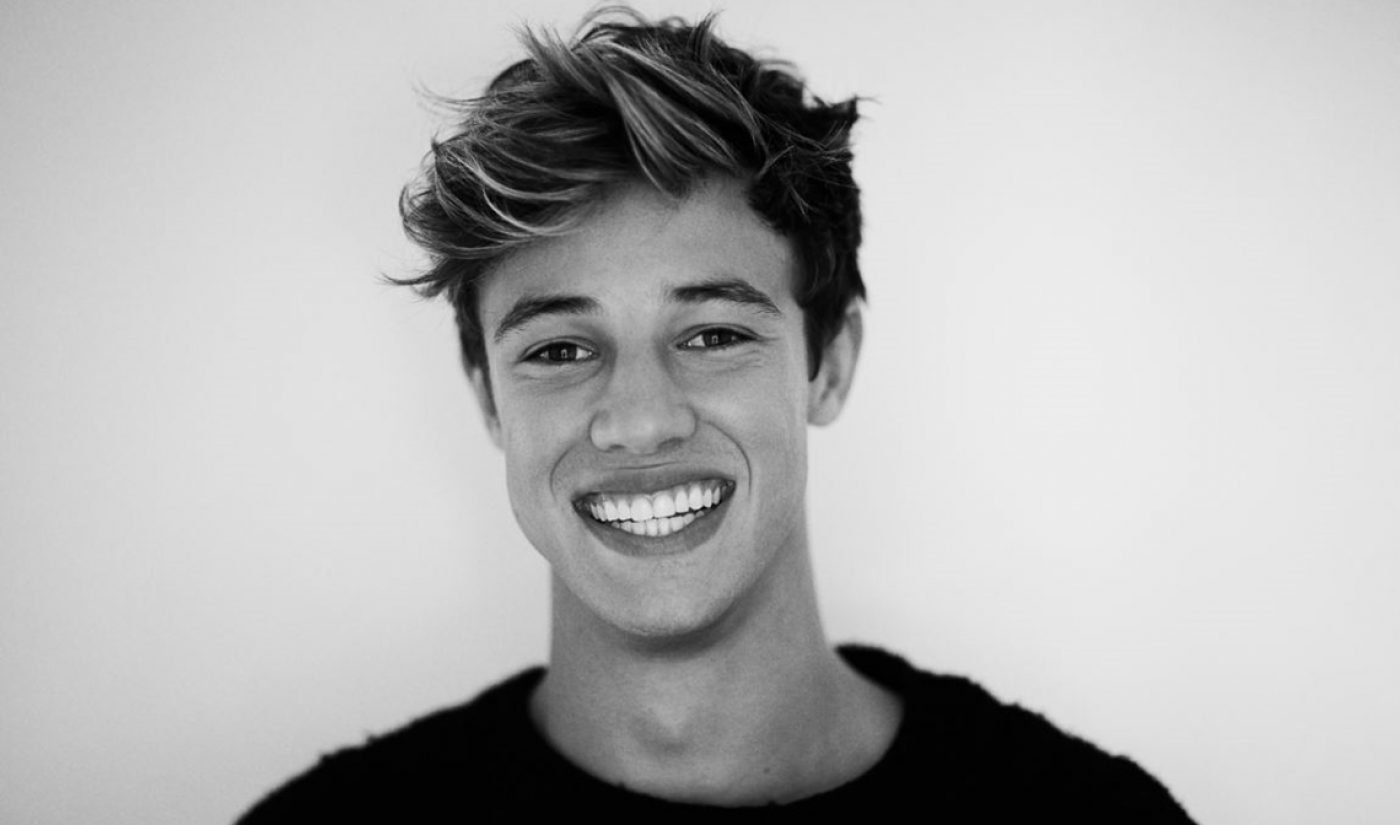 Cameron Dallas, who launched his career on Vine and is set to star in a Netflix docu-series titled Chasing Cameron bowing next month, has signed with StyleHaul, a fashion, beauty, and lifestyle-leaning digital network.

The company, which boasts a roster of 6,500 creators, will partner with Dallas to grow fashion and lifestyle content, according to a release, in a bid to build his following on YouTube (5 million subscribers), Instagram (16 million followers), and Facebook (3.5 million fans). “I’m excited to join the StyleHaul community and bring new content to my fans,” Dallas said in a statement. “StyleHaul will allow me more opportunities to express my point of view in the lifestyle and fashion space.”

To this end, Dallas has already starred in ad campaigns for high-end fashion brands like Calvin Klein and Dolce & Gabbana. Yesterday, Dallas announced that he planned to post four videos on his YouTube channel — which has been inactive for several months — in December, and then more regularly thereafter. He also has a flourishing acting career, and has headlined feature films including Fullscreen‘s The Outfield and AwesomenessTV’s Expelled.

“We are thrilled to welcome Cameron Dallas to the StyleHaul family — we have been big fans of his since the very beginning,” added StyleHaul president and CEO Stephanie Horbaczewski. “We’ve seen his content evolve with a natural flair for style and fashion, and we’re excited to expand his footprint together.”

StyleHaul’s creators drive 2.5 billion views per month from a community of 500 million fans, according to the company. Other bold-faced creators signed to the network, which was acquired by European entertainment network RTL Group in 2014, include Zoella, Joey Graceffa, Fleur De Force, Joe Sugg, and Dulce Candy. Most recently, the network announced that it had signed Dance Moms star-turned-lifestyle creator Chloe Lukasiak.