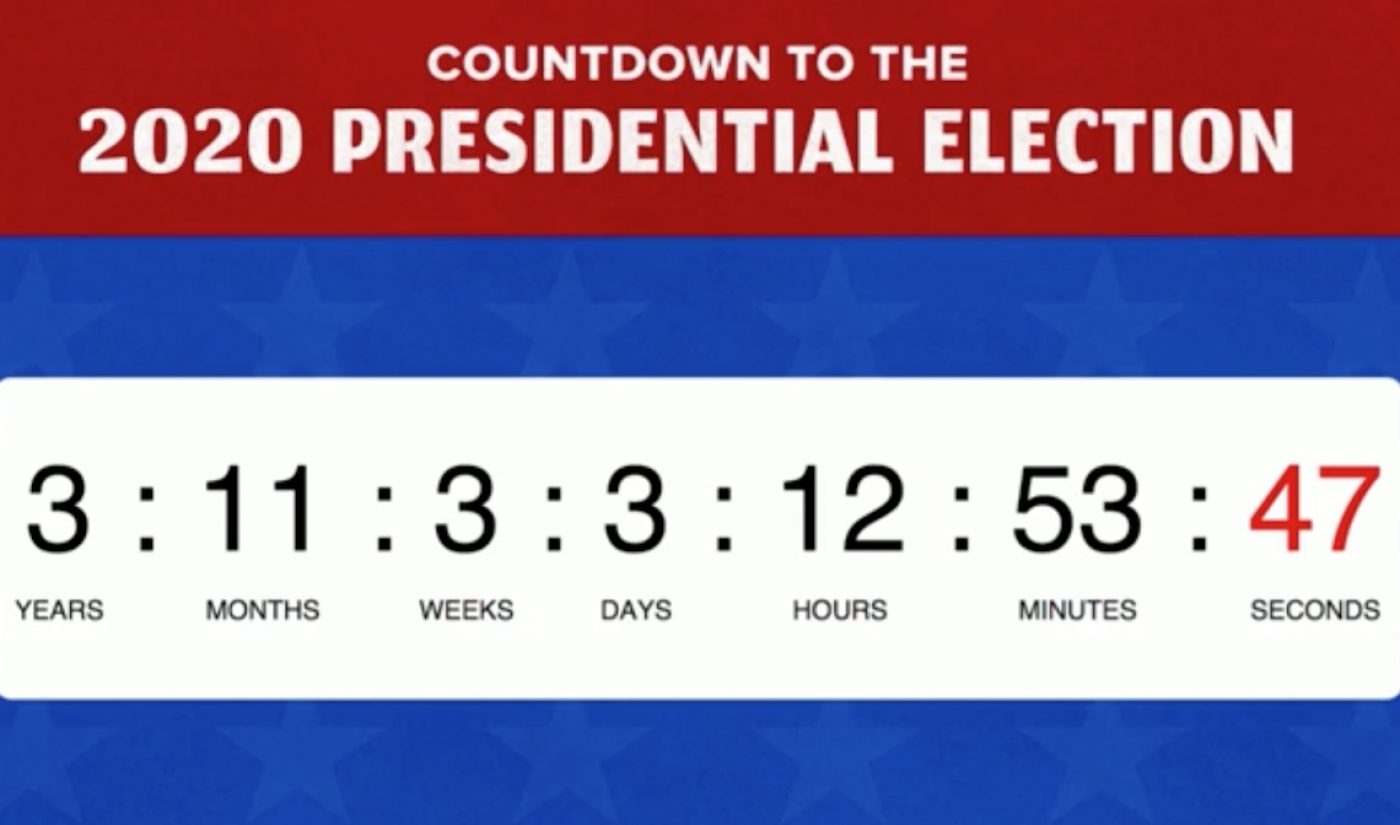 BuzzFeed is the master of the slow burn livestream. The viral media outlet, which rose to fame on Facebook Live by exploding a watermelon with rubber bands earlier this year — garnering the largest concurrent viewership of any broadcast on the platform at the time — has just launched its latest hilarious stunt.

Capturing the sense of despair by many in the country, who are eagerly awaiting the day that President-elect Donald Trump leaves office — though he has yet to be sworn in — BuzzFeed premiered on Wednesday, the day after the election, a countdown clock to the 2020 Presidential election (complete with background elevator music). “We’re less than 4 years away!!” the team wrote in a hilarious caption.

It quickly became a massive hit, racking up a total of 49 million views as of today, in addition to 780,000 shares, and 162,000 comments. As Facebook Live broadcasts can only be a maximum of four hours long, it remains to be seen whether the company will continue the concept in future streams. Viewers, however, both cheered and derided the post. “I’m thinking he won’t actually last 4 years,” wrote top commenter Chelsea Gast. “I am unfollowing this page,” wrote another viewer, Jobie Jones. “Biggest bunch of crybabies I’ve ever seen.”

The broadcast was so successful that yesterday BuzzFeed posted another three-hour stream in a similar vein, counting the number of potential female presidents born in 2016. “Every 14 seconds, a girl is born in the United States,” the company explained. Throughout the three-hour-long video, BuzzFeed then ultimately concluded that 1,735,876 girls will be born in 2016. That video has received 1.3 million views, 2,830 shares, and 1,700 comments.