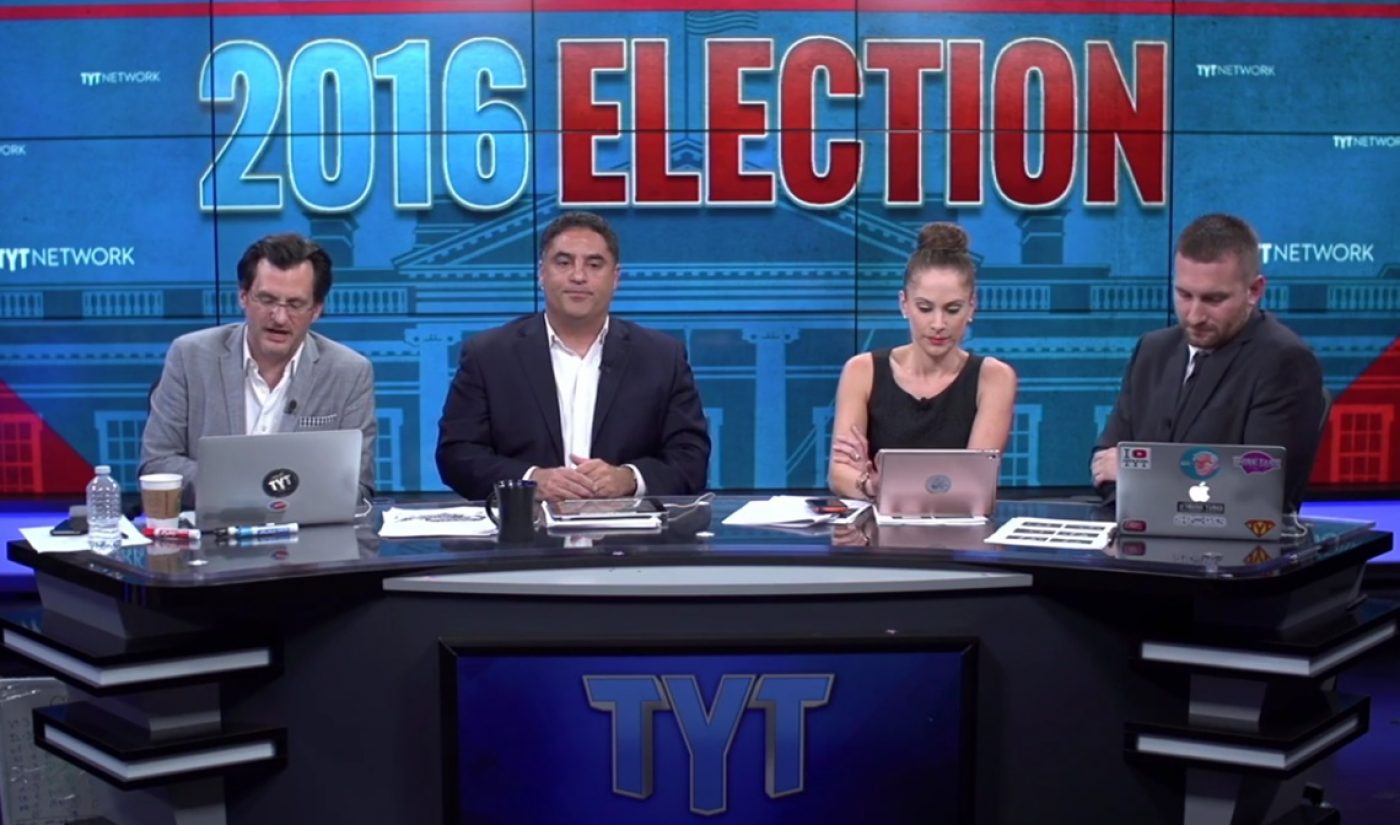 On November 8th, the United States turned its eyes to the results of the 2016 presidential election, and one place where its citizens tuned in for their political coverage was The Young Turks. The progressive-leaning news channel had a big night; across three separate live streams — one each on YouTube, Facebook, and Twitter — it drew more than 4.5 million total hits, smashing its own viewership record.

The bulk of The Young Turks’ viewership came on YouTube, where its hosts, including Cenk Uygur and Ana Kasparian, led a 12-hour broadcast that broke down the election results. At its peak viewership, The Young Turks’ YouTube stream counted 132,979 concurrent viewers. While that is a smaller figure compared to what YouTube drew during the three presidential debates, it is the biggest audience ever for a Young Turks stream, eclipsing the 72,635 viewers the news channel drew for its March 2016 interview with progressive presidential candidate Bernie Sanders. The viewers who tuned into The Young Turks stuck around, too, with the average watch time coming in just under 20 minutes per user.

The Young Turks touted itself as the only news outlet to live stream its election night coverage across the three major platforms where that coverage was predominantly available, and its feeds on Facebook and Twitter pulled in big numbers as well. On Facebook, it scored 1.2 million views; on Twitter, it added 104,398 more.

Given its political leanings, The Young Turks can’t have been happy with the outcome of last night’s election, but at the very least, Ugyur and Kasparian’s outlet has established itself as one of the primary places where YouTube viewers turn for political commentary. Over the next four years, there will be plenty of opportunities to continue to build that growing audience.