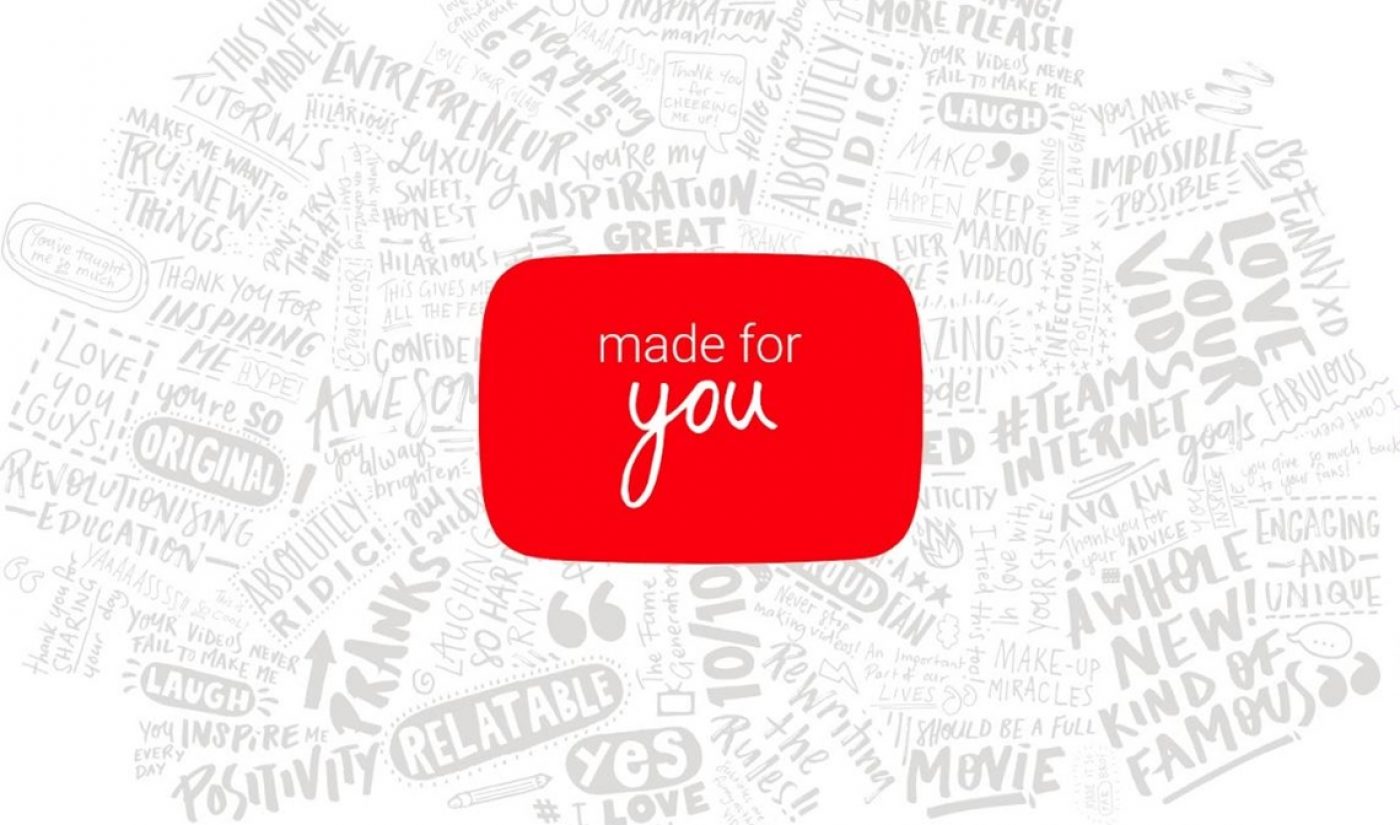 As it has done in years past, YouTube has launched an outdoor and digital advertising campaign to spotlight various members of its creator community — this time in the UK. Dubbed #MadeForYou, the campaign celebrates 18 diverse creators whose channels range from science to spoken word poetry.

#MadeForYou was developed by YouTube and global ad agency We Are Social, and will celebrate each creator’s different passions with video spots in 275 movie theaters, digital escalator panels in tube stations, bus shelter takeovers, and bus wraps. (For the first time, YouTube says it will use its TrueView ad technology to ensure that ads played in movie theaters will match the preferences of audiences.) Digital ads will also run on Google properties as well as The Telegraph, Time Out, VICE, Sky, Channel 4, ITV, and Mashable.

The #MadeForYou campaign will conclude on Dec. 12.

I’m SO excited & happy to be a part of the #MadeForYou YouTube campaign 🙌🏽 You might see my face around London – tweet me if you do! 🙊😘 pic.twitter.com/O6q8ieziJR

“This campaign is a celebration of the quality and diversity of content on YouTube — the people that make it and the open platform that’s enabled it,” YouTube’s marketing director in Europe, the Middle East, and Africa, Rich Waterworth, said in a statement. “It’s our openness that keeps creators at the cutting-edge of creativity, a place where trends are broken and go mainstream, where new stars are born, new voices heard, and where the audience is truly in charge.”

YouTube has funded similar campaigns in the UK in the past — though they typically spotlight just a handful of creators as opposed to wide swaths. In 2014, for instance, YouTube launched TV ads — as well as digital and print spots and outdoor activations — featuring Zoella, The Slow Mo Guys, and VICE.