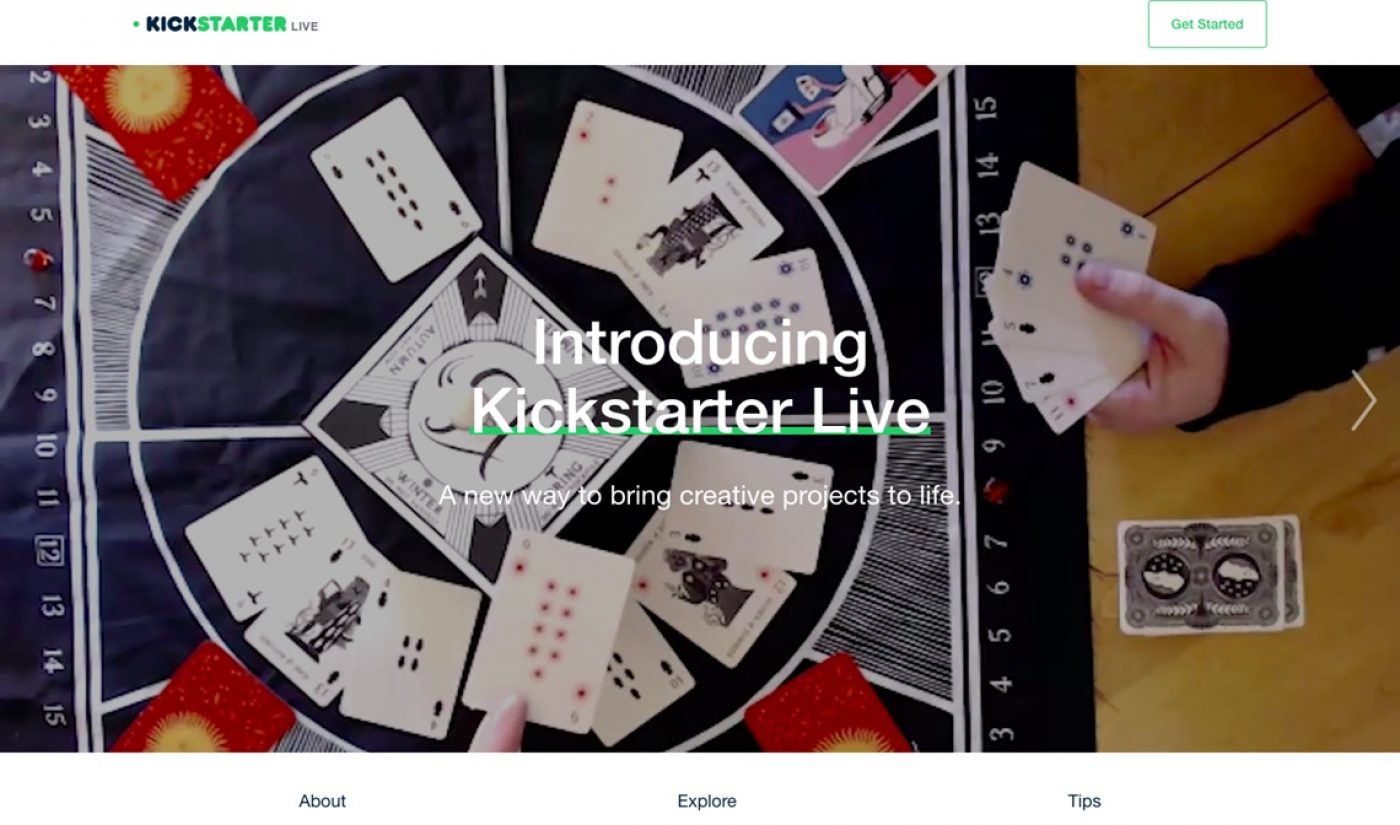 Crowdfunding projects looking to push further contributions can now make use of an exciting new tool. Kickstarter has announced Kickstarter Live, a live streaming option for its creative community.

Kickstarter Live, according to a blog post from the crowdfunding platform, will be a stage on which creators can “broadcast cooking shows, host live product demos, perform songs, play test games, rehearse a new play, countdown the final seconds of their campaign, and much more.” Clearly, Kickstarter is interested in throwing its hat into the competitive live streaming ring, but it is also look to earn its community some extra funds. In the past, creators have used live events to draw more attention to the projects they are working on and attract additional backers.

For example, when the studio Rooster Teeth crowdfunded its feature film Lazer Team, it hosted a 12-hour telethon in the middle of the campaign. As Rooster Teeth co-founder Burnie Burns told Tubefilter, that ended up being the third-most lucrative day in a campaign that ultimately raised more than $2.4 million.

On Kickstarter, that moneymaking strategy will now be a first-party tool. The crowdfunding platform built its live offering in collaboration with a startup called Huzza. The feature has been beta tested over the past few months, and it is now going live for all of Kickstarter’s users. A complete slate of upcoming streams can be found over at the Kickstarter Live homepage. We’ll also keep an eye out for these live broadcasts as we continue to look across the crowdfunding world; to learn more about Kickstarter’s new product, follow the company’s Tips team on Twitter.