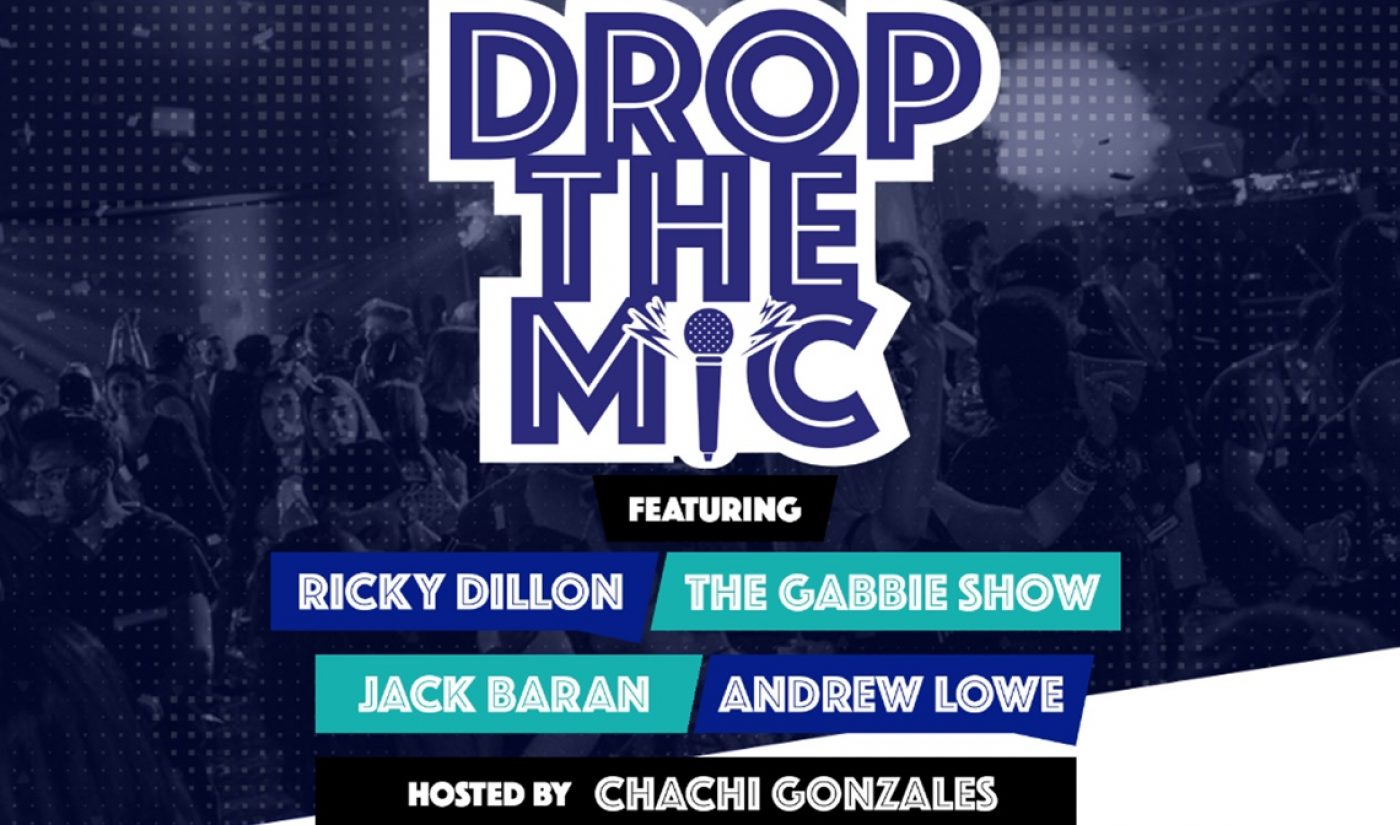 Five YouTube stars are getting ready to “Drop The Mic.” That’s the name of an upcoming tour produced by Fullscreen Live, during which host Chachi Gonzales will conduct a series of lip-sync battles between Ricky Dillon, The Gabbie Show, Jack Baran, and Andrew Lowe.

The Drop The Mic tour will hit 20 locations, beginning in Las Vegas on November 28th and ending in San Antonio on December 22nd. At each stop, the featured stars will compete to see which one of them is the best lip-syncer. Those who have watched videos from the TV series Lip Sync Battle should have a good idea what to expect.

Drop The Mic will be the latest event from Fullscreen Live, which has also produced two Girls Night In circuits as well as multiple tours within its “Hello!” series. In planning its “in-real-life” content, Fullscreen has often worked closely with live-streaming apps, and Drop The Mic seems like a perfect opportunity for the media company to connect with the hugely popular Musical.ly app, which lets its users perform lip-sync renditions of their favorite songs.

More details about Drop The Mic, include ticketing information, can be found on the Fullscreen Live website. A special pre-sale will begin on October 27th, with tickets opening up to the general public a day later.