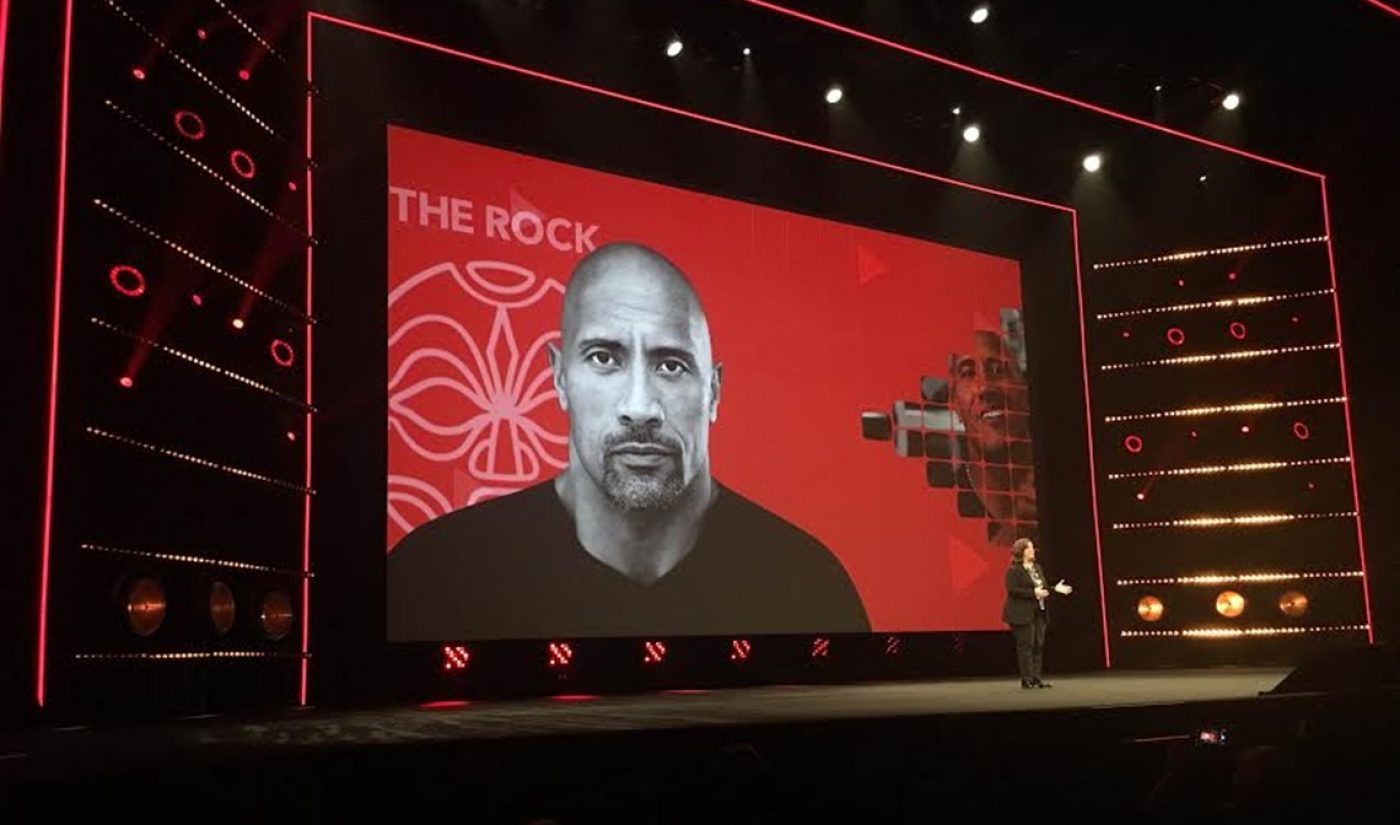 YouTube Red has seen promising returns by assembling a library of original programs led by YouTube’s community of homegrown personalities. Now, as it gets ready to begin its second year of activity, the subscription video on-demand service is adding some more traditional media stars to the mix. During a presentation at MIPCOM, YouTube Global Head of Content Susanne Daniels announced three new YouTube Red programs, led by a half-hour sci-fi action series from Dwayne ‘The Rock’ Johnson’s Seven Bucks Productions, digital media network Studio71, and the special effects wizards of Corridor Digital.

The series will be titled Lifeline, and it will follow a group of insurance agents who are sent into the future in order to prevent the accidental deaths of their clients. The eight-episode thriller will be the latest partnership between Studio71 and Seven Bucks. In July, the two companies teamed up to launch an official YouTube channel for Johnson; three months later, that hub has more than 1.3 million subscribers.

We’ re taking our YouTube partnership to the next level with Lifeline,” said Johnson in a press release. “YouTube has given me the opportunity to connect with my fans on a very direct level, and now we’re teaming up with the most innovative creators in the game to bring our special brand of action adventure to the audience.”

The other two upcoming YouTube Red premieres also combine talent from the traditional and new media worlds. One, Impulse, is an hour-long project from Hollywood director Doug Liman. Based off a series of sci-fi novels, the thriller series is expected to feature online video stars among its cast. It has received a pilot order from YouTube and is expected to enter production before the end of the year.

The other new project Daniels discussed is a currently-untitled series that will pair Community creator Dan Harmon’s Starburns Industries with the humorous video game commentary of the Game Grumps YouTube channel. That show will be a six-episode comedy about a team of gamers who attempt to make it in the e-sports world. “We’re excited to be the ones finally bringing video game content to YouTube,” quipped Harmon in a press release.

For those unfamiliar with Game Grumps‘ brand of comedy, here’s a primer:

Both Lifeline and the Harmon/Game Grumps collaboration are expected to premiere in 2017. A launch date for the Impulse pilot has not yet been announced.

YouTube also announced (and re-announced) several Red originals would return for sophomore seasons. Check out our coverage over here.