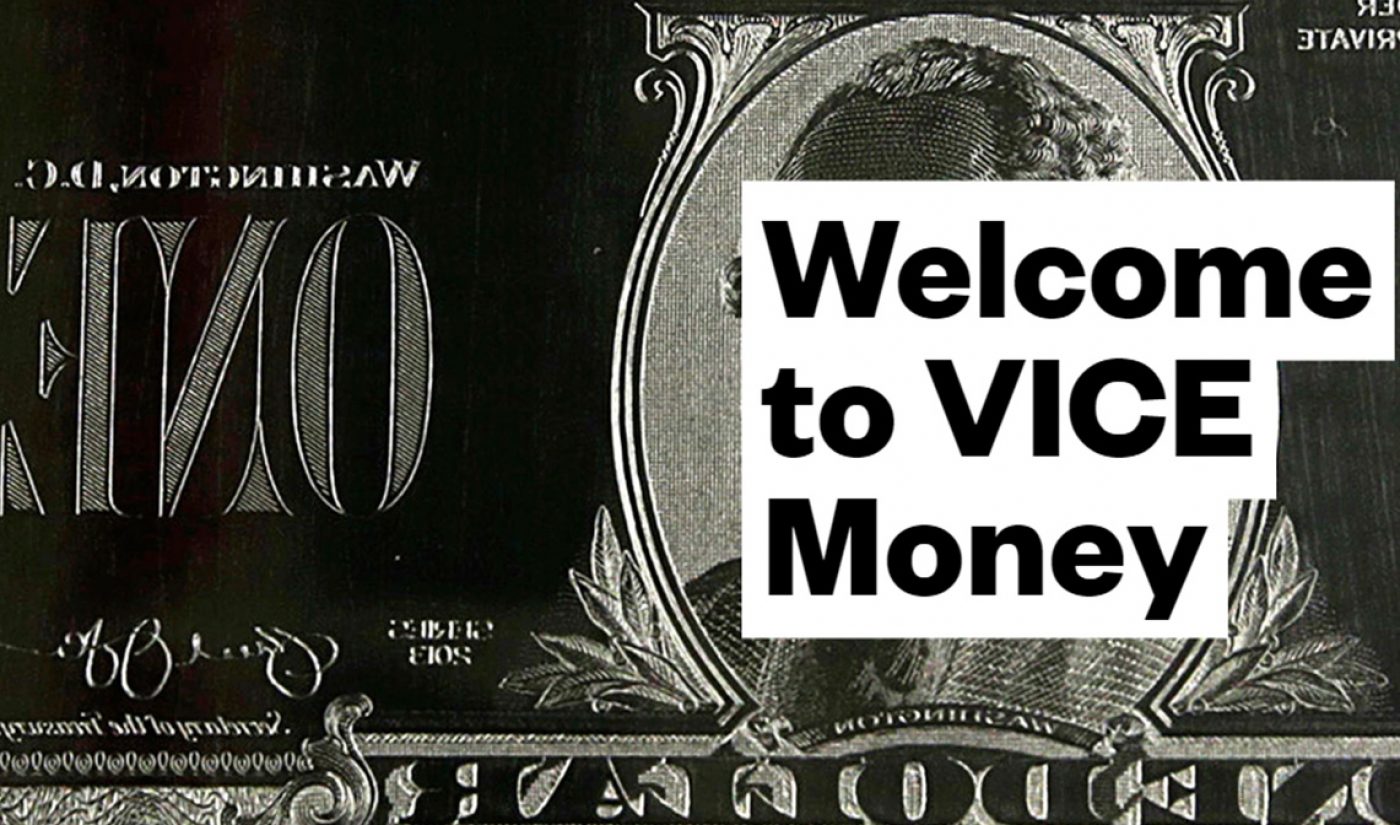 Vice has spent most of 2016 expanding its digital empire by launching new, category-specific destinations that feature a blend of news articles and videos. The media company’s latest initiative based off that mold is Vice Money, which offers simple, no-nonsense financial advice to the young consumers who make up Vice’s target audience.

Many of the millennials Vice is looking to attract may get confused when faced with the arcane jargon of the financial industry, and so Vice Money’s goal is to simplify that noise into a package that is easy to understand. “Think of VICE Money as your translator for the language of business and economics,” writes Matt Phillips, a 15-year vet of the Wall Street Journal and Quartz who will serve as Vice Money’s editor, in an introductory post. “We take the bloodless world of GDP growth, unemployment rates, and intentionally bewildering financial jargon and use it to talk about that things that actually matter: paychecks, jobs, inequality, living costs, debt, college, and politics.”

Vice isn’t the only newcomer looking to simplify the complex world of economics. Another company looking to provide a similar service is Cheddar, launched earlier this year by former BuzzFeed exec Jon Steinberg. Vice Money and Cheddar most differ in their chosen delivery methods; while the former destination is supporting its content with pre-roll ads, the latter is making deals with over-the-top platforms like Apple TV and Roku.

Beyond its new money vertical, Vice has announced several other category-specific sites that cater to specific industries, including destinations for gaming, health, and art content.