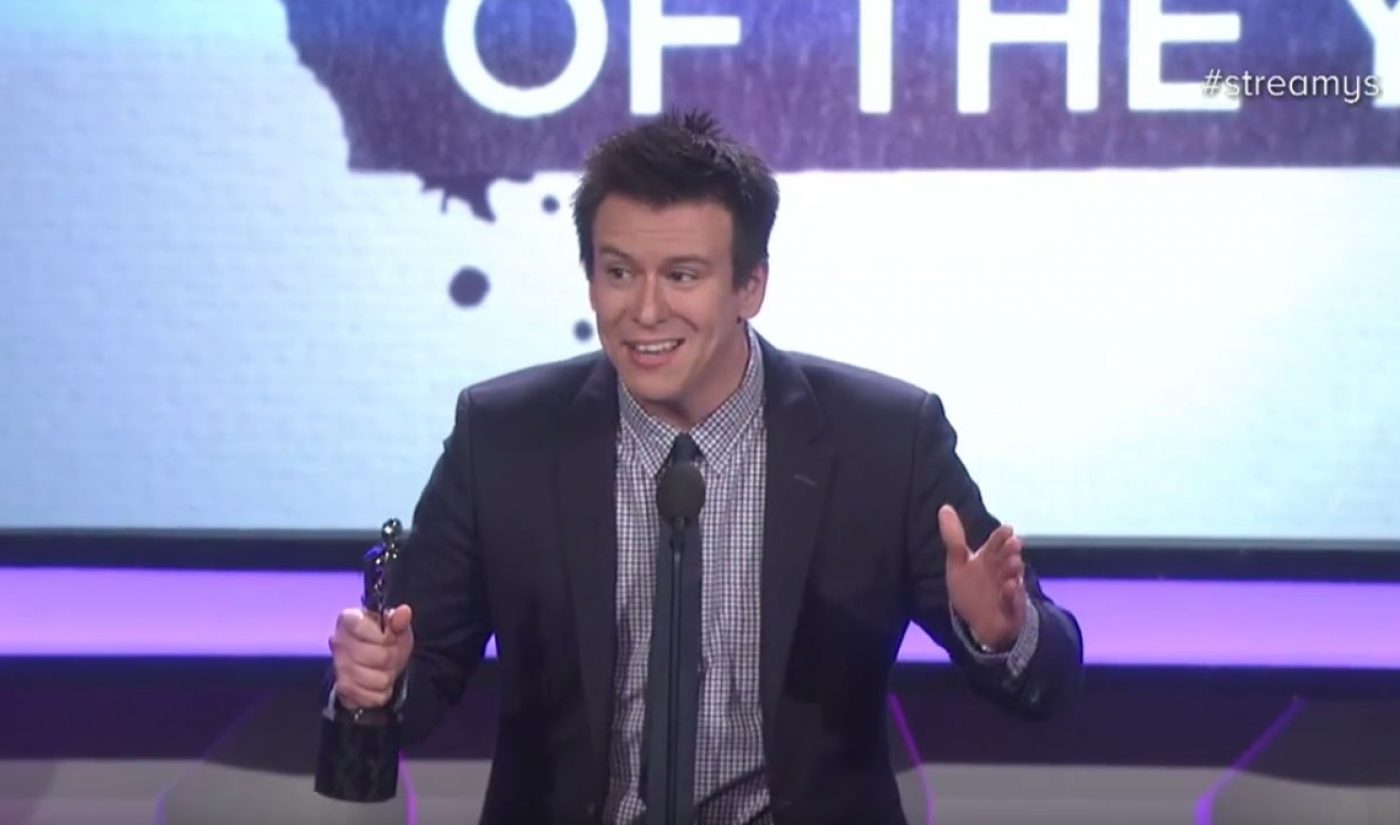 Winners were crowned throughout the course of an eventful broadcast — streamed exclusively on YouTube — during which BuzzFeed’s Try Guys sported glitter beards while presenting Kandee Johnson with top honors in the Beauty category and host King Bach and the actor James Van Der Beek competed in a break-dance showdown. The evening was also replete with several exciting and moving musical performances. The legendary rapper Biz Markie closed out the show with hits ‘Make The Music With Your Mouth‘ and ​’Just a Friend‘. And in honor of Christina Grimmie, the YouTube musician who was tragically killed at a meet-and-greet over the summer, fellow musicians Kurt Hugo Schneider and ​​Sam Tsui ​performed a stunning tribute medley that was introduced by an emotional Shane Dawson.

Other memorable moments included Vine star Liza Koshy excitedly spitting out her gum onstage (below) while accepting the Breakout Creator award — presented by Time Inc.’s Instant platform — and the Merrell Twins taking home the Streamy in the Live category, which was a brand new honor this year. Another first-time Streamy in the Feature category was awarded to Lilly ‘Superwoman’ Singh for her YouTube Red documentary A Trip To Unicorn Island.

​​Entertainer Of The Year​ ​– Yousef Erakat ​

Show Of The Year ​– The Philip DeFranco Show ​

Feature — A Trip to Unicorn Island