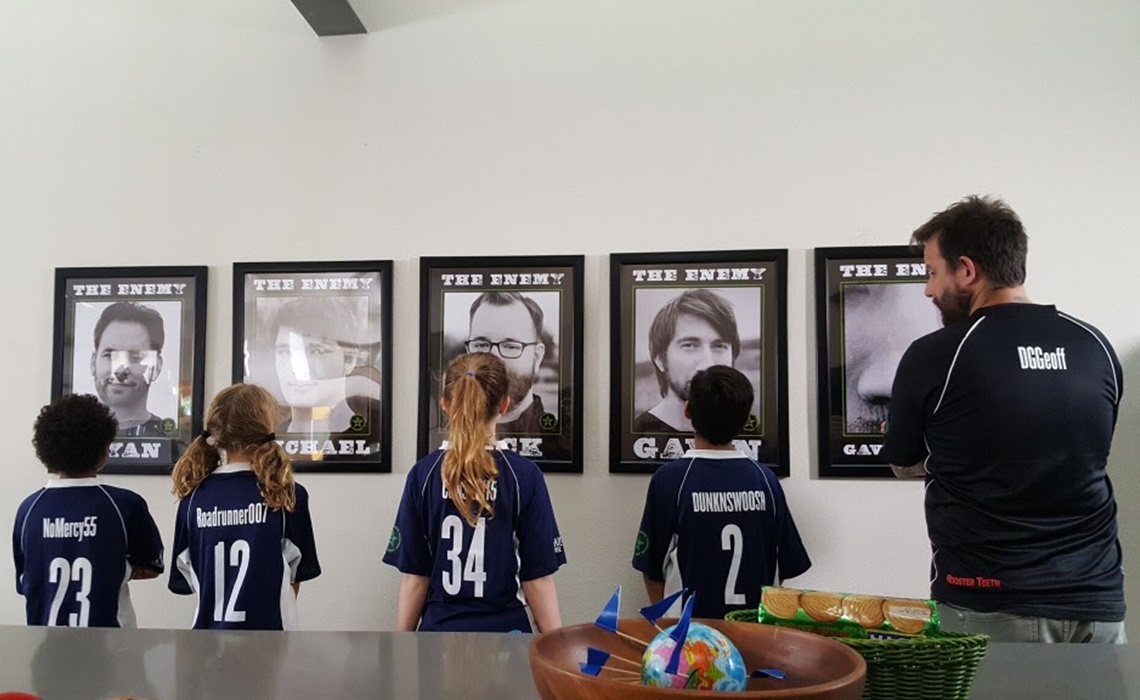 Rooster Teeth’s Geoff Ramsey has officially begun his tenure as a video game coach. The Achievement Hunter co-founder is the host of Schooled, a collaboration with AT&T’s Hello Lab initiative that is now live.

Schooled was born out of a bet between Ramsey and his co-worker Gavin Free. Ramsey bet Free that he could teach a team of children to beat the Achievement Hunter gang at a video game. If the kids win, the Hunters suffer severe embarrassment. If the AH Crew emerges victorious, Ramsey has to get Free’s nose tattooed on his body.

In the first episode of Schooled, we meet the crack team of youngsters assembled by Ramsey and his own 11-year-old daughter, Millie. With Ramsey as head instructor and Millie as a “froach” (friend and coach), the kids prepare to begin their training in the multiplayer video game Ultimate Chicken Horse.

The year-long Hello Lab partnership was born in February 2016 out of a deal between AT&T and digital media company Fullscreen. AT&T owns a controlling stake in Fullscreen through its Otter Media venture, and Fullscreen in turn is the owner of Austin-based Rooster Teeth. Other creators participating in Hello Lab include Damon and Jo and Grace Helbig.

Rooster Teeth launched in 2003, with Ramsey serving as one of its five co-founders. The Achievement Hunter channel, on which Schooled lives, has more than a million subscribers on YouTube.