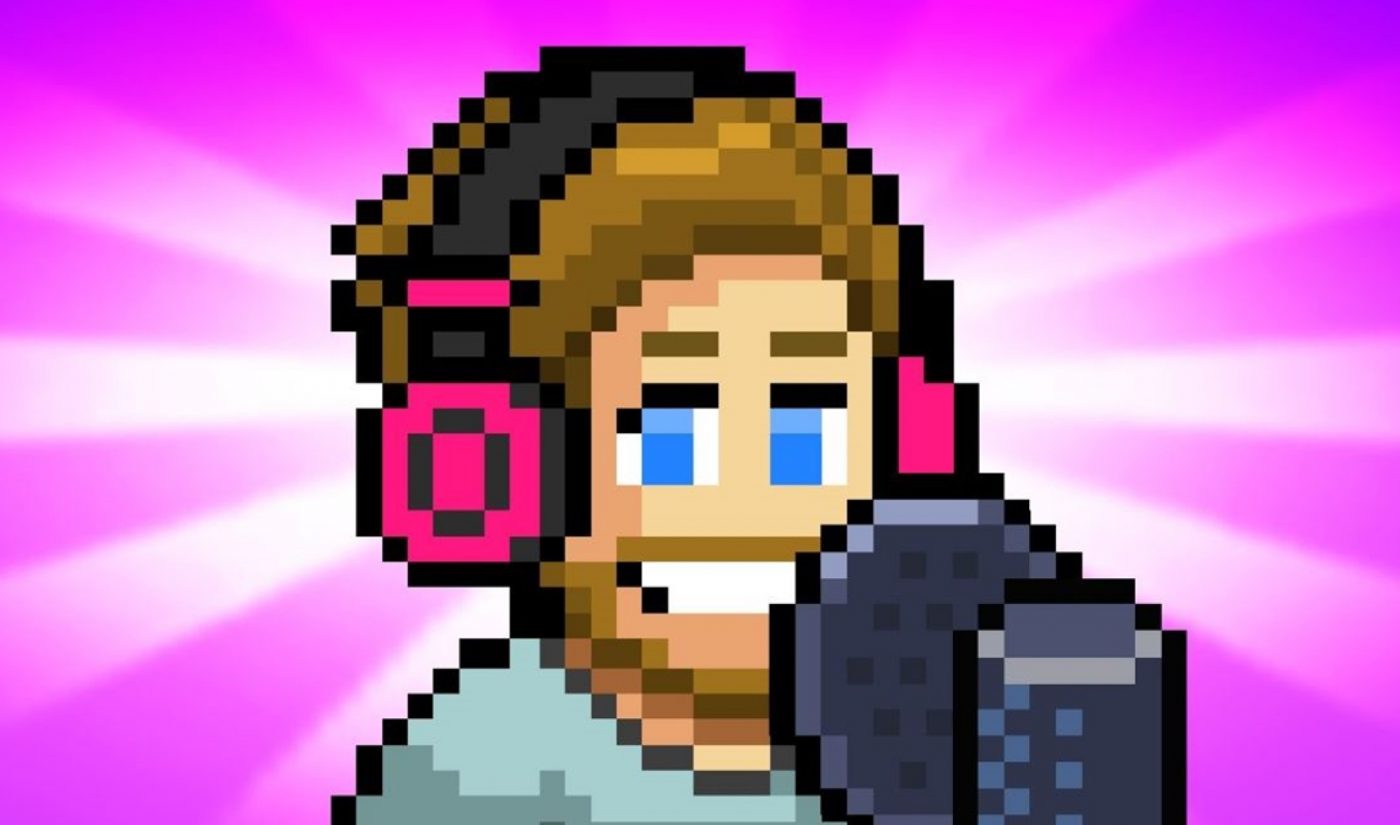 PewDiePie announced he would be releasing his second mobile game last August, which — titled PewDiePie’s Tuber Simulator — promises to give players a taste of YouTube fame. In Tuber Simulator — not unlike Kim Kardashian: Hollywood — players start off as fledgling creators and must work their way up the influencer ladder to PewDiePie-level fame. (With 48 million subscribers and counting, the 26-year-old is by far and away YouTube’s most popular star).

And by the looks of it, the game, which debuted yesterday, is already a bonafide hit. Tuber Simulator immediately catapulted to the top of Apple’s free gaming charts in the App Store on Thursday, Variety reports, whereupon a surge in downloads caused the game publisher’s servers to crash. Outerminds, the Montreal-based indie game developer behind Tuber Simulator — whose creations all strive for a 90s retro feel — tweeted that it was in the process of fixing server issues today, as many users said they were unable to set up accounts, log in to the app, or access various components, according to Variety.

Outerminds created Tuber Simulator in collaboration with Revelmode, the gamer-focused sub-network of digital behemoth Maker Studios, which is spearheaded by PewDiePie (whose real name is Felix Kjellberg). Outerminds and Revelmode also collaborated on Kjellberg’s first-ever mobile game, 2015’s Legend Of The Brofist. “With over 1 million downloads in less than 24 hours, Pewdiepie’s Tuber Simulator is the #1 download app,” Kjellberg tweeted earlier today. “THANK YOU ALL!”

Tuber Simulator is free to download — though players can make in-app purchases, according to Variety, as they must create an aspiring YouTuber character and then can purchase furniture, clothing, and pets as they amass more subscribers and views.

On the same day that he launched Tuber Simulator, Kjellberg announced a deal for more mobile games between Revelmode and DoubleMoose — the game studio run by Goat Simulator developer Armin Ibrisagic. In the popular Goat Simulator game, players rack up points when their goats crash into various objects. Forthcoming games from Kjellberg and Ibrisagic will reportedly be tailor-made for YouTube’s Let’s Play community.